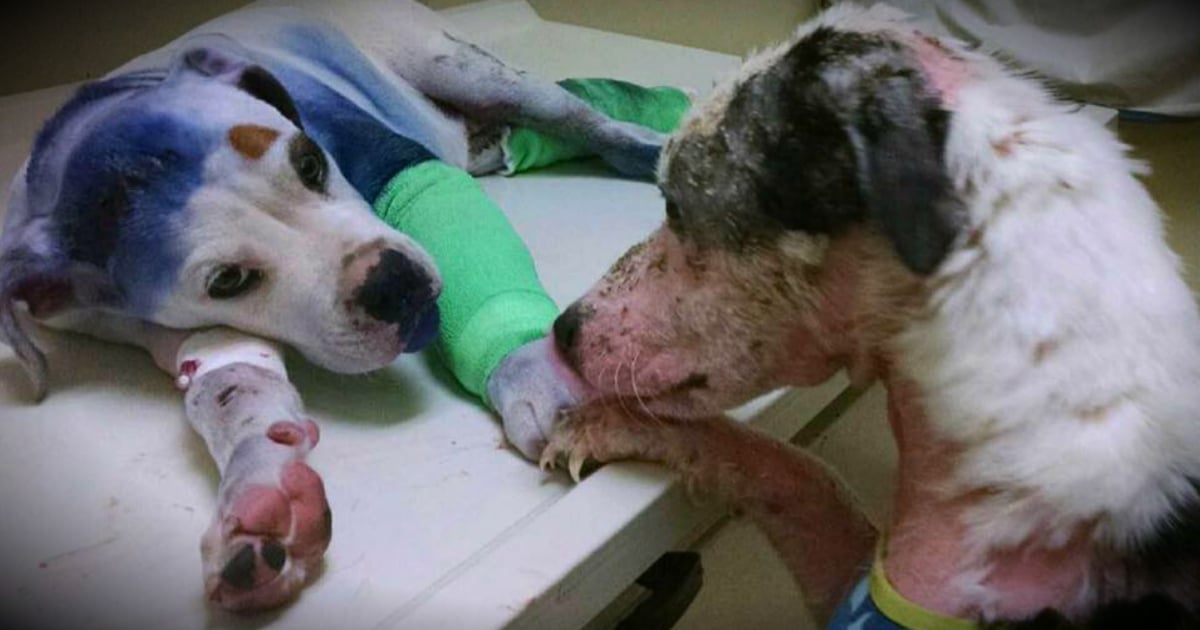 A Wave Of Birthday Cards

There’s a heartbreaking photo making its rounds on Facebook. In it, Hallee Sorenson, a teen with autism, sits all alone at her 18th birthday party. If you think the photo is sad, imagine how agonizing the scene must have been for her family. But this year is already different. And it’s all thanks to the kindness of strangers across the Internet and their birthday cards! 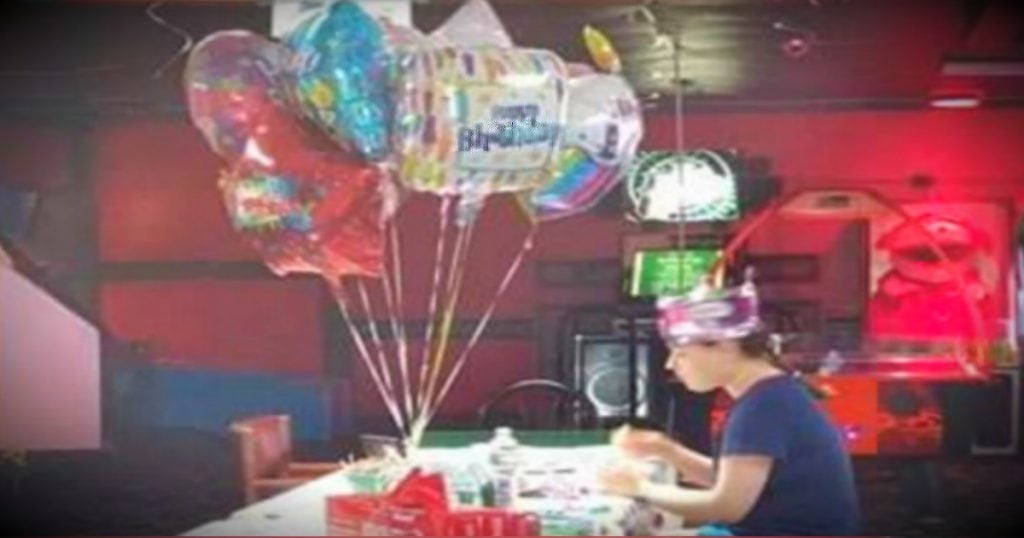 18-year-old Hallee is funny, sweet, caring and, as her mother points out, “has never met a stranger.” But because she has autism, things are just a little different for her and she can’t do some of the things other people do. 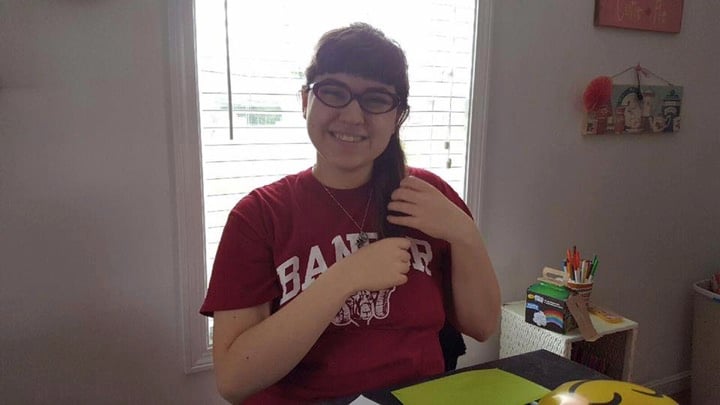 Because of this, her family has opted for family get togethers over the years in order to celebrate Hallee’s birthday. Most of her extended family lives out of state, so they always kept the gatherings small and intimate.

But as this teen was about to turn 17, she made a special request. This year, she wanted a “real” party with all of her friends from school. So, the family opened the gathering up to friends, and despite receiving no RSVP’s, had a good turnout from Hallee’s classmates.

Hallee had a blast. And so, last year, she requested that her 18th birthday party be held at the nearby bowling alley. She was very comfortable there because for years she’d been going there for the Special Olympics.

"That was a huge thing for her, to do something age-appropriate like that," said her mom, Allyson. "We went all out. We sent out 20 invitations, and even though we didn't get any RSVPs, we didn't get any the year before either, so we weren't too alarmed."

RELATED: This simple birthday invitation for a boy with autism brought me to tears

The family showed up at the bowling alley brimming with excitement! There were decorations, balloons, and, of course, cake and ice cream. The only thing missing was Hallee’s friends. But surely they’d show up like they did last year, right? 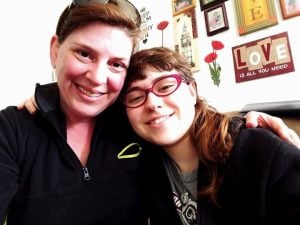 But they never did. Out of town family texted Allyson to see how the party was going, and that’s when the heartsick mom snapped the now infamous photo of Hallee sitting all alone.

"I texted that picture - that one picture of Hal I took. I was standing behind a pillar. I was crying," Allyson recalled. "No one showed up. No one called. Hallee just doesn't understand. You can't explain it to her. She operates at a 6-year-old's level. She just doesn't get it."

Rebecca Prefontaine, who lives in Massachusetts, was one of the out-of-towners to receive the disheartening photo. It’s an image she couldn’t shake. One she carried with her all year.

RELATED: A heartbreaking photo of a boy doing his homework on the street goes viral

And so, as Hallee’s 19th birthday loomed ahead, Rebecca decided to turn to Facebook for help in making sure this year’s birthday was filled with the joy and excitement her sweet cousin deserved. She posted last year’s photo of Hallee to her page, along with a plea for friends to send birthday cards. She invited them to share her post, in the hopes that the more people who saw it, the more cards her cousin would receive.

The response was greater than they ever could have expected! 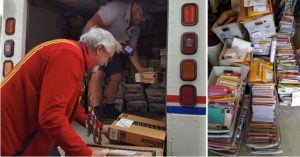 In an amazing show of goodwill, Rebecca’s post went viral and birthday cards started flooding in from all over! The family was insistent that folks only send cards, but kind strangers have been sending gifts for the young girl as well. 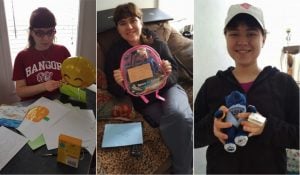 In addition to the gifts and cards, they’ve also been flooded with offers from their local community of Bangor, Maine to host a party for Hallee. And while the family sincerely appreciates the requests, they have already decided on a low-key celebration this year.

While the worldwide attention came as a bit of a surprise to Allyson and her family, the love and generosity that has poured in has truly restored their faith in humanity.

What a heartwarming display of the kindness of strangers!

See how the Internet chipped in to save this new mom’s failed baby shower! 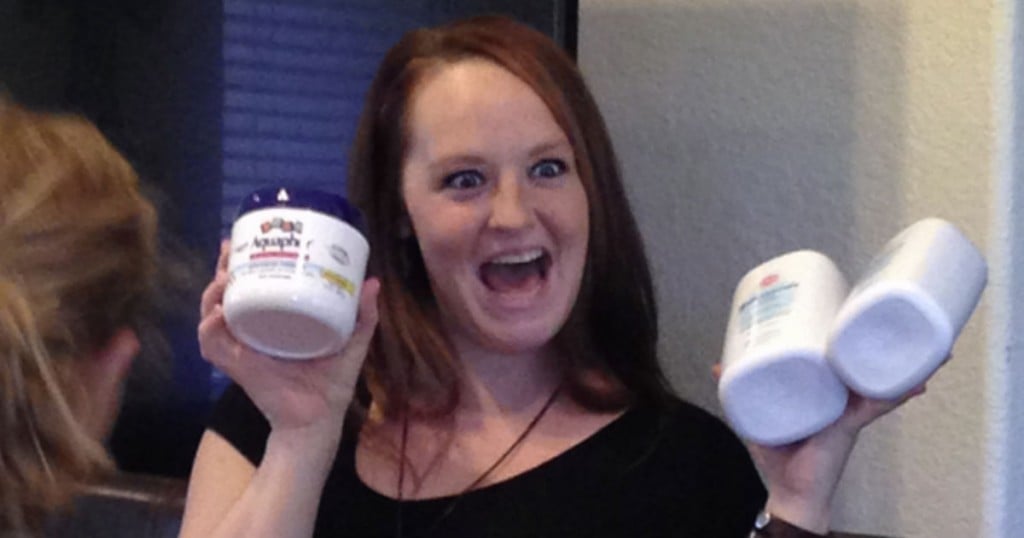