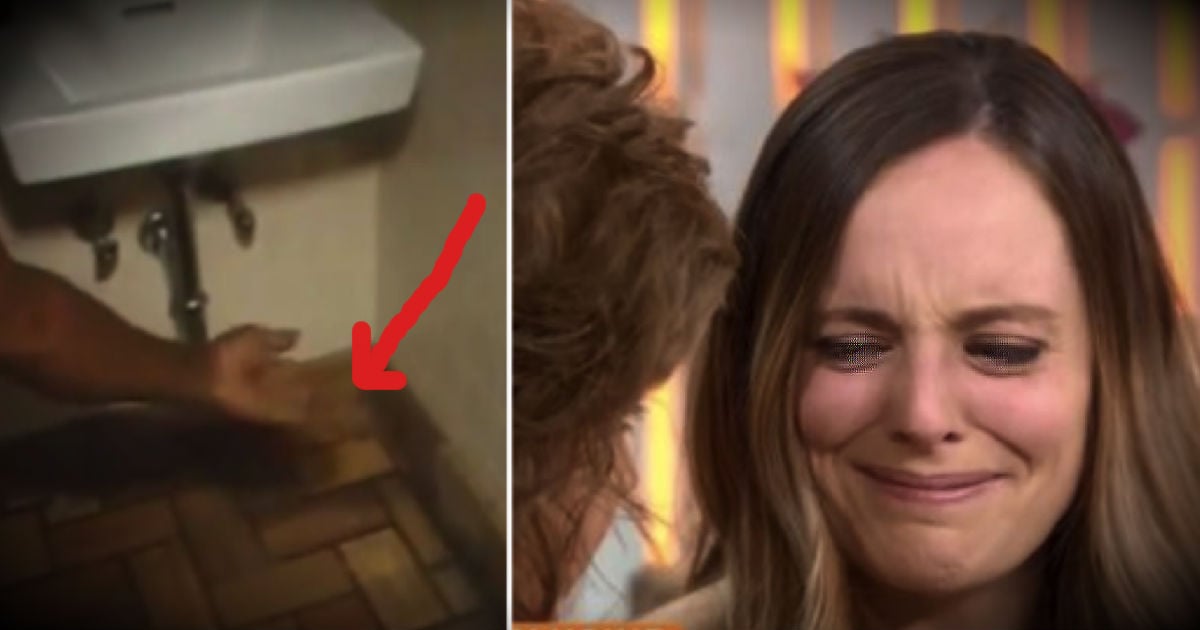 Some of life's best moments are those that take you by surprise. Indiana mom, Megan, wasn't expecting anything extraordinary as she stood in the middle of an aisle at Target, affectionately watching her daughter, Kinley, delight in all the toy section had to offer. But when a teen buys Kinley a doll, and his random act of kindness surprised Megan with one of those beautiful moments in life you never see coming!

You see, it was almost little Kinley's birthday, and she brimming with excitement as she pointed out the goodies she hoped to receive as presents. A young man was passing by and couldn't resist the little girl's charm. He asked her which toy she'd settled on. The precious 2-year-old held up a doll and said, "I really lub dis one."

The young man smiled and then moved along, and Kinley soon had her mom distracted with more "oohs and ahhs" over the other toys.

But soon, the young man was back with a special surprise for Kinley. He handed the girl the doll she had shown him, along with the receipt. He wished her a happy birthday, and a shocked Megan snapped a photo, which she later shared to Facebook. 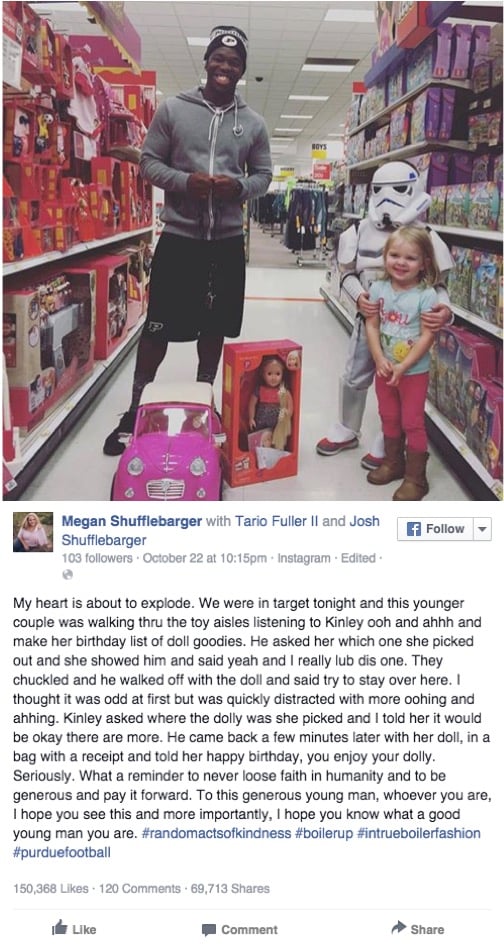 "To this generous young man, whoever you are, I hope you see this and more importantly, I hope you know what a good young man you are."

With all of the shares and attention, it wasn't long before Megan got her wish. She learned that this kind young man was Tario Fuller II, a freshman and football player at Purdue University. And he's being thanked by many via social media for his heart melting random act of kindness, including Purdue's Athletics Department, who shared the story on their Facebook page as well.

Tario is genuinely surprised by all of the attention, and on his Facebook page says that he is honored by all of the praise he's received. Megan says his kindness not only touched her, but has also inspired her kids. She says they are already talking about ways they can help others. And we have to agree with Megan when she says,

"When you hear something good, it's just very humbling because it makes you want to do good things for other people."