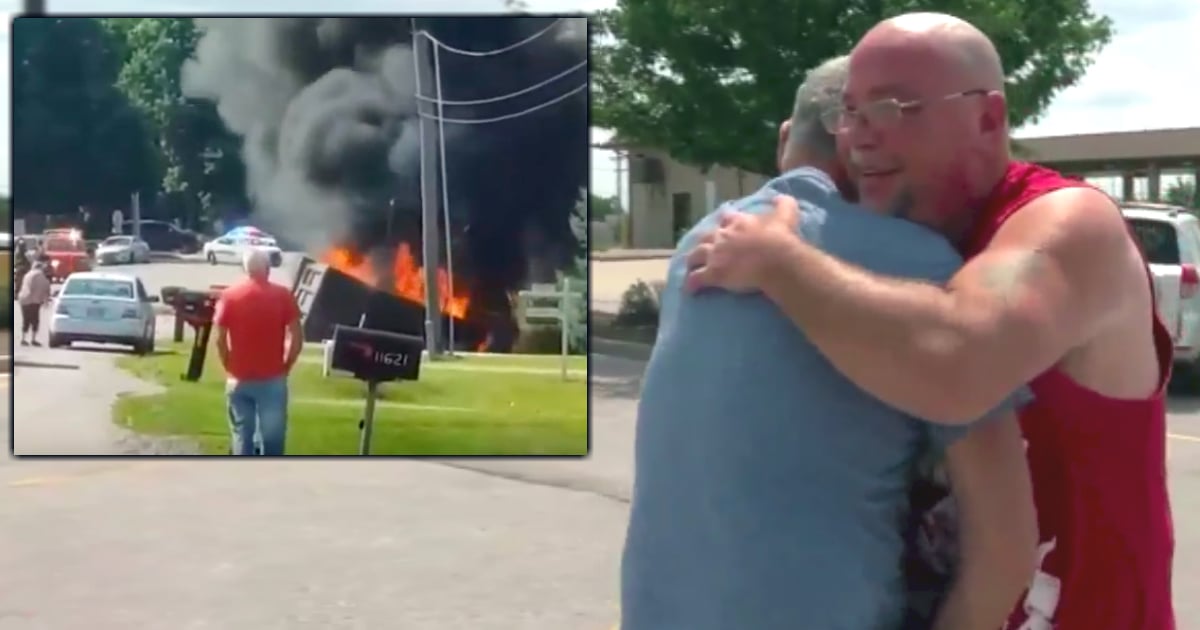 There are times in our lives when God puts us in the right place at the perfect time. This has never been more true than for 17-year-old Feuzi Zabaat. This teenager is now being called a hero after he miraculously saved a toddler that was falling from a building.

Feuzi was working on a street in Istanbul when he looked up and noticed a terrifying sight. A toddler was about to fall out of a two-story window. In a matter of seconds, Feuzi quickly rushed over and stood beneath the toddler on the sidewalk beneath the window.

This surveillance video shows the young man with his arms outstretched as 2-year-old Doha Muhammed falls. Thankfully, Feuzi was standing ready and waiting and caught the young girl right in his arms.

Doha's mother was cooking in the kitchen with the window open when the toddler fell out. But Feuzi's quick thinking saved Doha from any injury.

Miraculous Rescue Of A Toddler Falling From A Building

After the incident, he told news reporters, “I was just walking in the road when I saw the little girl at the window. She fell, and thanks to God, I caught her before she hit the ground.” Doha's family is calling the young man a hero and they are beyond grateful that he was there to save their little girl.

YOU MAY ALSO LIKE: Miraculous Rescue Of 2 Sisters Who Went Missing In Woods For 44 Hours

They even gave him a cash reward for his incredible feat. God certainly had a hand in this situation and there is no doubt that Feuzi was exactly where he was supposed to be in that moment. What a true miracle all captured on camera.