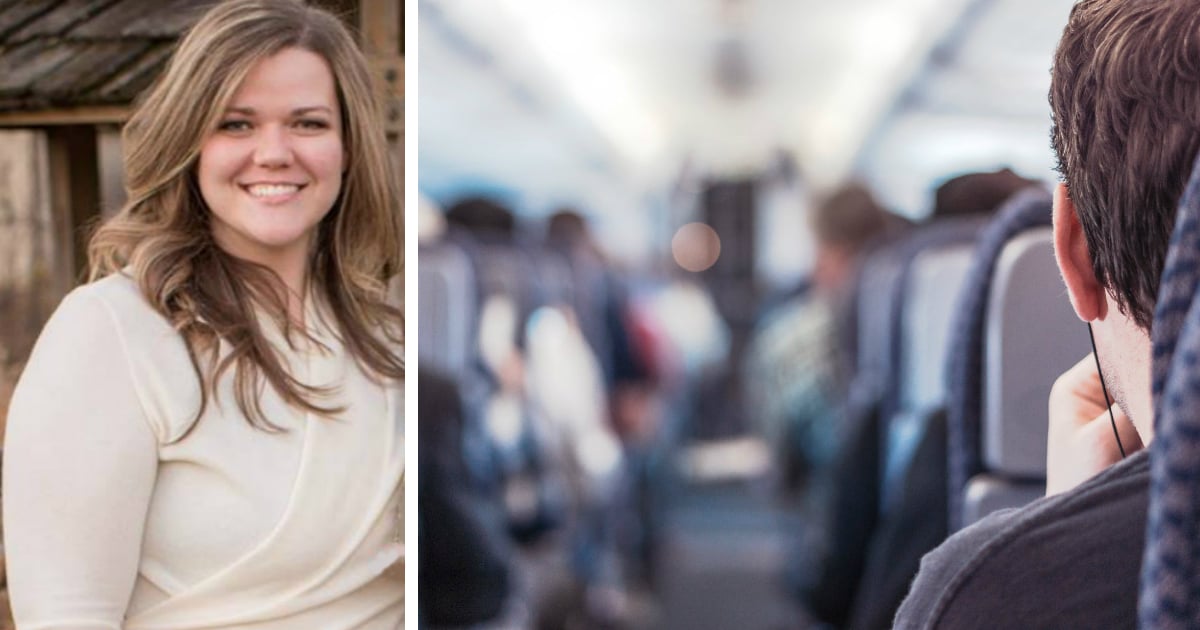 Wyatt Jones, a teenager working at McDonald’s, paid for Ohio mom Brittany Reed when she forgot her purse. And Brittany found a way to reward his kindness in a big way!

Brittany Reed was having the kind of day described in the Francesca Battistelli song, ‘This Is The Stuff’. One of those days where things just keep going wrong.

RELATED: Woman In Awe Over Act Of Compassion For Elderly Man By McDonald’s Cashier

Brittany was tired and stressed as she left football practice with all 3 of her kids in tow. Her 4-year-old son was cranky and crying and her 7-year-old soon joined in, too. But just as Francesca’s song says, God can use stressful moments just like this to do amazing things.

And in Brittany’s case, He used a teenager working at McDonald’s!

Teenager Working At McDonald’s Steps Up

With everyone worn out from the busy day, Ohio mom Brittany Reed decided to grab dinner from McDonald’s on their way home. Wyatt Jones was the teenager working at McDonald’s who took her order that day.

As Brittany pulled up to the drive-thru window after placing her order to pay, all 3 of her kids were “now crying for one reason or the other.” And that’s when it hit Brittany. She’d left her purse at home.

“Welp, now I wanted to cry,” she recalled on Facebook. “I look at the young man with tears in my eyes just from being stressed and annoyed and say, ‘hun I am so sorry but I have to cancel that order. I left my purse at home when we went to football tonight’."

Without hesitation and before Brittany could argue, Wyatt pulled out his wallet, swiped his card, and paid for the stressed mom’s meal.

As a teenager working at McDonald’s, Wyatt probably doesn’t make much. Yet, he firmly declined all of Brittany’s promises to return to the restaurant and pay him back.

RELATED: Senior Citizen Starts Putting Groceries Back When He Can't Pay But Teen Cashier Stops Him

The young man thought nothing of his act of kindness. To him, it was no big deal. But to Brittany, it meant the world. And she was determined to find a way to say thank you!

While Wyatt Jones humbly shrugged off his act of kindness, Brittany Reed knew this is just the kind of hope our world needs right now. So, she snapped a quick photo and shared her story on social media.

“I just want his parents to know how KIND & COMPASSIONATE your son was tonight! He made this stressed out momma pause for a moment and realize this is exactly what we parents are trying to do, raise great humans,” she wrote. “Wyatt, do not let this world change your kind heart young man for its people like YOU that will change this world for the better!”

Wyatt didn’t want to let Brittany pay him back. But the Ohio mom insisted he accept the cash she handed him when she returned. But for Brittany, settling the bill wasn’t enough. She wanted to do something big for the kind teenager working at McDonald’s.

“I wanted him to know that when you put good out in the world it comes back to you tenfold,” she said.

Wyatt’s mother had no idea about her son’s good deed until Brittany Reed finally succeeded in connecting with her. The young man never even mentioned it, because, to him, it was no big deal.

“It makes me even probably more proud of him,” said the mom of Wyatt Jones, “because he’s not seeking the limelight. He’s not like, ‘Hey, look at me, I did this great big good deed.’ He’s still like … ‘It’s just something I would do anytime’,” his mom said.

After connecting with Wyatt’s mom, Brittany discovered Wyatt was saving up for a vehicle. And with his mother’s permission, Brittany and her husband started a fundraising campaign to help the teen realize his dream.

“He was so shocked,” she said of Wyatt’s reaction to the campaign.

But as the donations poured in, it left everyone shocked. Brittany had never expected such an incredible response!

"I honestly didn't expect this to travel like it has at all!" she said.

Community Inspired To Give Back To Kind Teen

Strangers from all over loved Brittany’s story. The humble teenager working at McDonald’s inspired and encouraged them. Before long, Brittany collected over $40,000 from the fundraiser!

“Wyatt will now have enough money to buy a car and even start saving for college (or for whatever his post-high school graduation career goals are),” she said in an update on the Wyatt Jones Go Fund Me page.

McDonald’s also rewarded the teenager with a celebration. The humble young man was grateful. But he was also a bit overwhelmed by all of the buzz over a simple act of kindness.

“I don’t know how to put it into words because of just how crazy it was,” Wyatt Jones said at the celebration. “It’s just a small act of kindness and everything blew up and it’s just amazing to think that something like that can get you this far.”

YOU MAY ALSO LIKE: Teen Orders 100 McDonald's Burgers And Performs An Incredible Act Of Kindness

What a beautiful heart this young man has. I don’t know about you, but my faith in our younger generation has officially been restored!