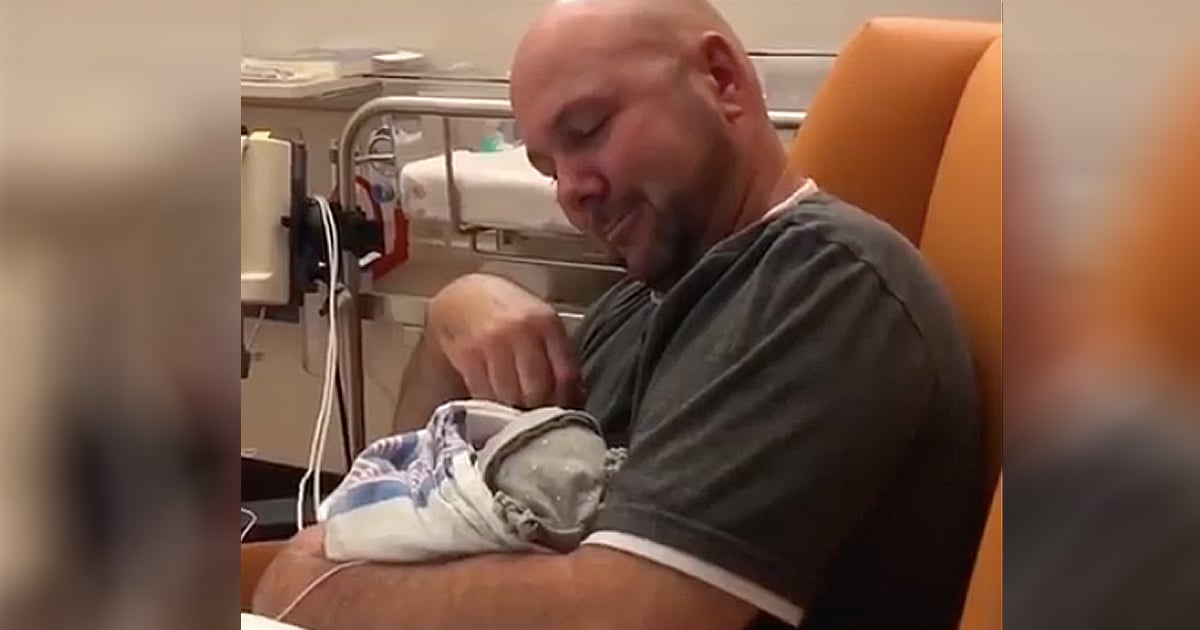 We Are Messengers lead singer Darren Mulligan witnessed a group of teens helping a homeless woman on a cold day in Indianapolis. And he just had to share the incredible moment online!

We Are Messengers is a Christian band intent on spreading the love of Jesus. They are best known for hit songs like “Everything Comes Alive”, “Magnify”, and “Maybe It’s Ok”.

One day, lead singer Darren Mulligan noticed a homeless woman sitting outside on the street in downtown Indianapolis. It was freezing cold and snowing. So, Darren did his best to try to help this poor lady.

But the homeless woman paid him no mind.

“I tried to meet her needs/food/shelter but she was unresponsive,” Darren writes on social media. “I felt dejected and went inside for a coffee and watched from the window wondering what could be done.”

As Darren sat there watching, something amazing happened.

A group of young teens started coming down the street. They were from a local church and in their hands, they carried bags of food and warm clothes for this lady.

“They threw their arms around her, placed their own clothing around her neck, showered her with kind words and affection,” Darren recalled.

The homeless woman’s response to the teens was completely different than when Darren approached her. And from that, Darren learned an important lesson.

“I guess God didn't need to use me this time,” Darren said. “He taught me a valuable lesson. It's not my job to rescue everybody even though I want to but sometimes He wants to use other folks.”

Darren shared the real-life inspirational story on the We Are Messengers Facebook page to encourage everyone to “follow these kids examples, risk rejection, show up for your life, quit making excuses and love those who the world counts as worthless.”

God’s plans are so much bigger than we can see. And we truly are the body of Christ, made up of many members. He uses all of us, but at different times, in different ways.

As one person commenting on the post pointed out, “He did use you… not only to witness to us, but perhaps your prayers and concern for her were what brought those kids to her. Didn’t they have all the things you wanted to give her… He is always working through us!”

Another woman also felt Darren’s role in this instance was to witness rather than serve. She said, “The Lord had already prepared these youth to minister and witness. If she had responded to you, that would have interfered with growing those young Christians. Do not be dismayed, God’s plan and timing is always perfect!!”

What a wonderful reminder that just because you don’t see an immediate result doesn’t mean God isn’t using you!

YOU MAY ALSO LIKE: An Officer Posted A Photo Of A Teen Praying Over A Homeless Man