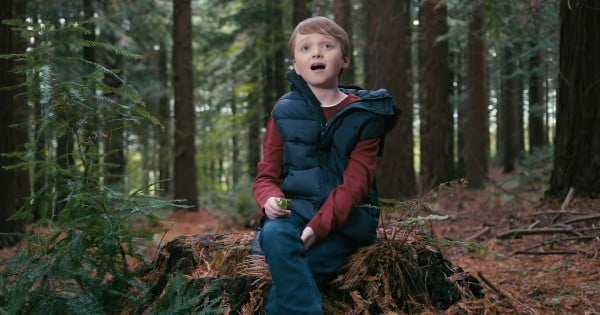 Texas singer Drake Milligan is called “The Elvis of Country" after his original "America's Got Talent" audition. And this young talent’s future is certainly looking bright!

Drake, who is from Fort Worth, shares a bit of background with viewers. Drake describes a typical country upbringing. His dad runs a scrap yard, and his mom is a veterinarian. He grew up fishing and hunting, but his life changed when he was 7 years old and dining out with his family.

RELATED: Elvis' Grandson Auditions For The Voice And Stuns Judges With His Take On ‘Love Me Tender'

An Elvis impersonator performed at the restaurant that evening, and Drake was fascinated. He began impersonating Elvis at that young age, dressing as Elvis did and singing his songs. This undoubtedly helped influence Drake’s future as “the Elvis of country.”

When Drake Milligan got older and sang his own songs one night on stage, he realized that he could create his own style-one that was uniquely his with the influences of Elvis that he appreciates so much.

Simon and Drake discuss Drake's current status as a singer. Drake is based out of Nashville, recording some of his own songs and touring with the band that is with him on stage at "AGT." He hopes that "AGT" will provide the visibility to really launch his career, likening "AGT" to "The Ed Sullivan Show" and its impact on the careers of Elvis and The Beatles.

Drake Milligan Is Dubbed ‘The Elvis Of Country’

Watch as he sings "Sounds Like Something I'd Do." It is a clever and fun song, and it is all his. But, Drake definitely borrows a few bits from "The King of Rock and Roll."

Just before starting, he says "Thank you very much," which certainly reminds us of Elvis. His hair is dark and has a wave in it-a modern version of Elvis's pompadour. At 4:03, Drake shakes his shoulders just like his idol used to do. Then, he goes into a dance at 4:16 that looks quite like the one that Lisa Marie's daddy did so well!

Drake is backed by four musicians who have lots of personality, too. Notice that the fiddle player looks a bit like Matt Damon, and he is very entertaining to watch!

It's a rousing and rascally song, and, after it ends, Howie speaks first to say that he thinks both the song and Drake are going to be hits! And Howie certainly sees Drake Milligan as “The Elvis of Country.” Sofia thinks America is going to go crazy for Drake, just as the girls in the audience are at that moment!

YOU MAY ALSO LIKE: 5 Blind Auditions That Are Perfect Sound Alikes for the Famous Singers They Are Covering

Drake gets four yeses, and he is moving on. Elvis died nearly 45 years ago. Drake, now 23 years old, is generations beyond Mr. Pressley. But, it's interesting to see how Drake was so impressed by Elvis, and we're betting that Drake will do some major impressing himself one day soon!

"Don't let anyone look down on you because you are young, but set an example for the believers in speech, in conduct, in love, in faith and in purity." 1 Timothy 4:12