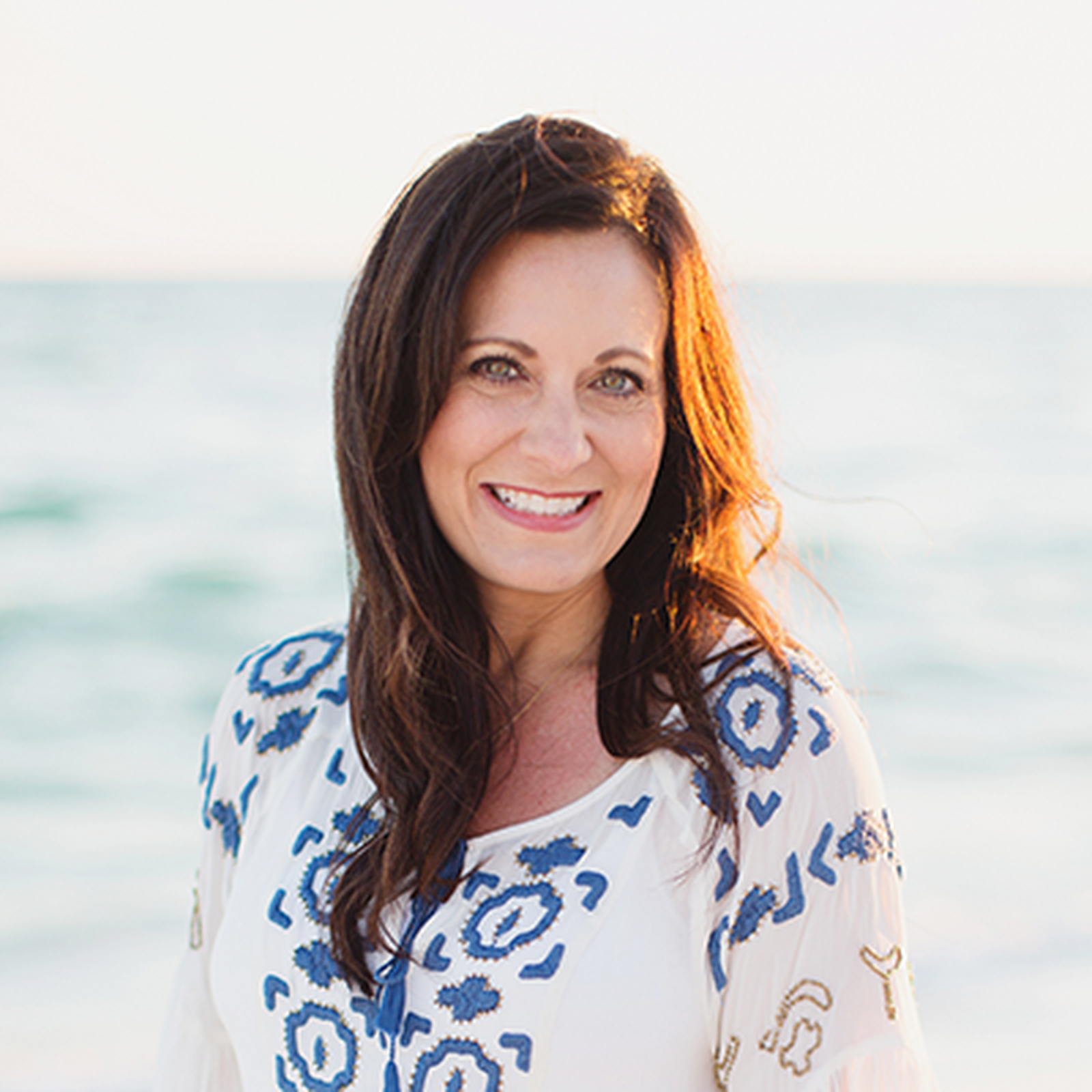 The End of All Weeping
LYSA TERKEURST

Do you ever feel like pain and sorrow are chasing you down? Like you just can't outrun all of the hurt?

Oh, friend. I know how difficult those seasons can be. That's why I want us to look at someone in Scripture who understands this kind of pain - King David.

Not only did David spend a significant amount of time before he became king running for his life from King Saul, but he also eventually ended up running from his very own son, Absalom.

But whereas Saul openly sought David's life, we find Absalom sneaking around behind his father's back in an effort to rip the kingdom from David's hands. With slick promises and conspiratorial kisses, Absalom easily steals "the hearts of the people of Israel" (2 Samuel 15:6b, NIV). And it isn't long before David receives word his kingdom is crumbling right in front of him. (2 Samuel 15:13)

In light of these events, David sees that his situation is desperately dangerous. He must escape. The route we find him taking to escape the city, weeping as he goes, is across the Kidron Valley, through the Garden of Gethsemane, over the Mount of Olives and into the Judean desert. This was the known escape route for those needing to quickly flee from danger in Jerusalem.

Within this story we are reminded of a larger story - the people of God are continually wayward in their love and affections toward their king. They allow their hearts to be captivated by others. They are prone to stray. This was true for King David, and it would be true of another King who would come from David's bloodline generations later - King Jesus.

Years later, Jesus would sit in the Garden of Gethsemane, the very gateway of this known escape route, facing extreme danger. We read about Jesus in these difficult moments in Mark 14:34-36, where He laments: "‘My soul is overwhelmed with sorrow to the point of death,' he said to them. ‘Stay here and keep watch.' Going a little farther, he fell to the ground and prayed that if possible the hour might pass from him. ‘Abba, Father,' he said, ‘everything is possible for you. Take this cup from me. Yet not what I will, but what you will.'"

His people were turning against Him. Jesus wasn't meeting their expectations as king. They wanted Him dead.

As I sat in the Garden of Gethsemane during a recent visit to the Holy Land, my heart was overcome with the reality of what Jesus was facing while in that very place. He knew He could escape. He knew He could flee like David had done. He knew the way to take to save Himself.

But Jesus stayed so He could save us.

Though my heart strays from Him, Jesus' heart is compelled to stay for me.

Jesus ends His prayer to God with nine earthshaking, demon-quaking, hell-shattering words, "Yet not what I will, but what you will" (Mark 14:36b). In other words, He completely submitted to God's plan because He knew in the end, it was best.

Jesus was the only King who perfectly fulfilled God's will.

As we read the story of King David, we must always remember that he simply points to the better David - Jesus, who is the King of kings. The contrast between David's experience and Jesus' is important:

What does this mean for us today?

I would imagine we can all relate to David's weeping. Our lives are riddled with evidence we live in a broken world - loss, hurt, death, betrayal, heartbreak and relationship breakdowns. But might we also remember Jesus' weeping as well. He hurts when we hurt. And that's the exact reason He made a way for us to one day enter His eternal Kingdom where there will be no more sorrow and no more weeping. Praise God!

Lord, I can't thank You enough for the fact that You stayed and suffered the pain of the cross for me. May the truth of Your sacrifice stir this sometimes-wandering heart of mine to stay faithful, stay hopeful, stay devoted to You. In Jesus' Name, Amen.

TRUTH FOR TODAY:
Revelation 21:4, "‘He will wipe every tear from their eyes. There will be no more death' or mourning or crying or pain, for the old order of things has passed away." (NIV)

RELATED RESOURCES:
How often do we feel stuck in the "in between?" In between life seasons. In between jobs. In between relationships. The "in between" feels like you'll be stuck waiting forever. But God is working in the waiting. Our next First 5 study, The In Between, is a study about 1 & 2 Chronicles. Israel is in ruins and waiting for a king, The King. Little did they know, their King was coming. They would just have to wait. Right now, we're offering you sample pages of our Experience Guide for FREE! Download your sample pages now.

Learn how to trust God's ways and His plans, even in the most difficult seasons, with the help of Lysa TerKeurst's new Bible Study, Trustworthy. Order your copy here.

REFLECT AND RESPOND:
How does knowing that, with Christ, we are destined for a sorrow-free eternity help you press through the difficulties of today? Join in the conversation here.