Actress Chrissy Metz has inspired many, both through her role on the popular TV show ‘This Is Us and with her own real-life overcomer story. And now, playing a lead role in the faith-based film ‘Breakthrough,’ has brought attention to Chrissy Metz’s faith, something for which she refuses to apologize!

Chrissy Metz may be living the good life now. But that wasn’t always the case.

Before becoming the star she is today, Chrissy faced plenty of adversity, both personally and professionally. In fact, she was completely broke and ready to give up when her big breakthrough on ‘This Is Us’ hit.

RELATED: With Just 81 Cents To Her Name, Chrissy Metz Was About To Give Up

The best way to handle hard times is to surrender to God’s will. But Chrissy Metz’s faith hasn’t been public knowledge until a real-life story of faith prompted her to speak out. 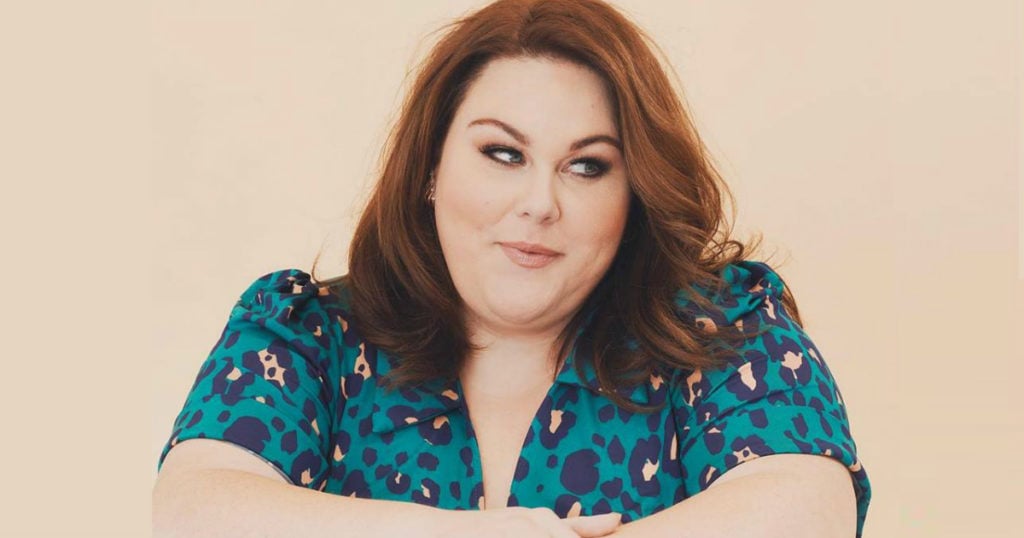 The movie ‘Breakthrough’ tells a true story of unwavering faith. Mother Joyce Smith fully surrenders to God when her adopted son, John, falls through an icy lake. John spent more than 15 minutes in the freezing water and his lifeless body gave doctors no hope. But John’s mom, Joyce, refused to give up and continued to pray over her son’s body. And just as doctors prepared to declare John dead, God sent a miracle (read the real news story HERE)!

Chrissy Metz plays Joyce Smith in the film ‘Breakthrough,’ which released in April 2019. And the incredible, true story hit her hard.

"There’s no question that something miraculous happened, nobody can explain how our why,” Chrissy Metz explained.

RELATED: ‘Breakthrough' – A Film Based On Mother Joyce Smith's True Story Of Faith

And that notion of never giving up truly resonated with Chrissy after the hardships she’s endured in her own life.

“Joyce’s [faith] never faltered and she continues to believe, just as people believed in me when I didn’t believe in myself," Chrissy Metz explained. "You have to have somebody to believe in something, somebody to hold on to that. And I think it’s so inspiring in the way that just when you think you can’t, and everybody else’s against you – that God is for you and that’s all that you need."

In fact, Chrissy says the foundation of her faith in Jesus is what carried her through the dark times in her life.

"There are times where you really feel like, it’s never going to get better, you’re down and out and we get in our heads and we build this fear around something that the only person, or the only thing that can subside that, is our faith in God. I know that from a personal plight of my life," Chrissy said.

‘This Is Us’ Star Chrissy Metz Opens Up About Her Faith

"I know it can be a challenge because the whole problem is that we all want to fit in, we want to be liked and validated," Chrissy explained. "So when we’re different, we feel it.”

But Chrissy Metz has decided to face that fear head-on. God has been faithful to her and now, Chrissy is boldly choosing to declare His goodness.

“I know that the only person that shows up for me time and time again, is God, and is that higher power that’s greater than myself,” Chrissy proclaimed. “So I have to honor that. Not because I have to, because I want to, even though people might think it’s the uncool thing to do. For me, there’s no question about it."

And what an inspiration Chrissy Metz’s faith truly is!

Chrissy leads a blessed life, for sure. And when we give God the reigns, He never disappoints.

"Sometimes it’s that complete surrender, where we see that miracles happen. It's so moving," Chrissy Metz said.

And so, Chrissy refuses to apologize for or back down from her faith. And she’s hopeful that her conviction and the powerful message of faith in ‘Breakthrough’ will inspire others to do the same.

“I think that when people are strong in their convictions, it can really persuade people to think differently just as the movie's going to do," she said.

Christian Celebrity Weighs In On Whether Hollywood ‘Blacklists’ Stars Over Faith