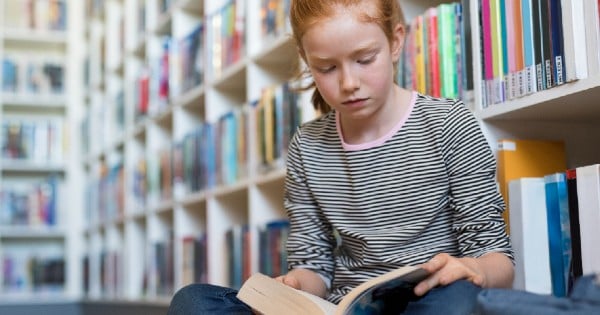 50 Shades of Grey Is Getting To Your Daughter First. Here’s What You Can Do About It!
Read Article »

For most of us the holiday season is a time of cheer. But for others it is a reminder of how much we really miss someone. This is Kay Warren’s story. A story of a mother who grieved her son’s death during the holidays but found encouragement in the midst of it all. These are Kay’s word’s and we think they will truly open eyes and hearts.

When you don’t mention our son’s tragic death, it only hurts more.

Christmas 2013 was our family’s first without our son Matthew. I could barely breathe. I stayed away from the grocery store and the mall, fearing I couldn’t hold it together in either. The Internet became my friend as I shopped late at night, without sentimental mall music stirring up memories of Christmases past when all three of my children were alive.

But every day, the Christmas cards arrived.

When I opened the first batch of cards, shock washed over me. Photos of beautiful, happy, intact families cascaded onto my kitchen table. Most were accompanied by a greeting wishing me a joyous Christmas. Some had a signature and the message, “Hope you have a great Christmas.” Others included a standard family newsletter, listing the accomplishments, vacations, and delightful family moments that had filled their year. I grew astonished, then angry, as I realized that none of the cards mentioned that our precious Matthew had died violently six months earlier, leaving us definitely not having a joyous Christmas.

Eventually I left the card-opening to Rick. The cards remained unopened in the traditional iron sleigh that has held our cards through the years until after Christmas Day had passed. Weeks later, I tore through them, angry tears pouring down my cheeks as I separated them into three piles: ones that didn’t mention our grief, ones that did so with a short, “Praying for you,” and ones that included soothing, loving, and thoughtful words of compassion and empathy. The third stack was the smallest.

Recently I opened the first Christmas card of this season. I wondered if perhaps I had been oversensitive last December, so immersed in our family’s loss at the time that every expression of happiness was like scraping an open wound. I hoped that I’d feel differently this holiday season. When I opened the card, an artfully designed print on heavy paper stock, printed with a signature from a pastor I don’t even know, I threw it away.

Last week I wrote about this experience on Facebook. I asked readers to consider sending a plain card to grieving families (instead of an obligatory “happy family” photo). “Tell them in a few words that you are aware of how painful Christmas can be and that you are praying for them,” I wrote. “Yes, it’s inconvenient, it will take more time than your rushed signature, and it will require entering into someone else’s loss, mourning, grief, and anger.”

I ended the post on behalf of grieving parents everywhere: “If you aren’t willing to modify your way of sending cards for a while, please do us a favor and take us off your list.” Hundreds of folks resonated with my words and spoke of similar experiences. Others were deeply offended and let me know.

I’m slowly learning that grief is both universal and yet as individual as each person who mourns. Psychologists note that most grief journeys include shock, denial, anger, resignation, and acceptance. But it’s not linear, as though it was a clearly marked path for everyone. The feelings come and go. Some days you think you’re doing well until something triggers a wave of emotions that make you wonder if you’ll feel like yourself again. There are better days, even good days. And then, after a couple good days, a tidal wave of sadness can knock you to the ground.

For me, grief has meant screaming and wailing and weeping and moaning and writhing. Grief is crying so hard that snot runs from my nose into my mouth. Grief is sobbing so hard that I throw up. It’s lying spent on the couch, too weary to lift my limbs up the stairs to bed.

I’m thankful there are biblical models for such raw outpourings. It was customary for God’s people to tear their clothes, cover themselves in sackcloth and ashes, and cry so loud that all could hear. Matthew 2:17-18 (NIV) tells us that the Israelite mothers whose baby boys had been killed by King Herod were in “mourning and great weeping, Rachel weeping for her children and refusing to be comforted, because her children are no more.” Throughout the Psalms, King David freely records his anguish, anger, confusion, and sadness. Paul said his depression was so deep, he despaired of life. And Jesus grieved so heavily in the Garden of Gethsemane that he sweated drops of blood.

By and large, Americans are uncomfortable with such raw emotions, perhaps especially coming from a pastor and his family. As a pastor’s kid (and now wife), I have learned about the “walk on water" syndrome that pastors and their families are expected to keep doubt, struggle, grief, and anger to themselves, lest anyone think they are less than perfect. May I gently point out that we are not superhuman or above pain, as none of the biblical heroes of the faith were, either.

In traditional cultures throughout the world, the louder the mourning, the greater the love shown for the deceased. You might counter that that’s not the way Westerners handle grief. You are right, of course. But acknowledging this leaves me wondering: What are we supposed to do with our feelings when the people we love end their lives violently? How are we to feel when someone we love is murdered? When those dearest to us are ripped from our arms through an accident or illness? Are we comfortable with hard grieving at first, but less so when the grief doesn’t stop after a few weeks or months or years?

Some are hardened by grief. They lose their ability to share in others’ happiness. That’s not where I am headed. I am doing my best to “rejoice with those who rejoice and mourn with those who mourn” (Rom. 12:15). Since Matthew’s death, I’ve attended the weddings of friends, baby showers, graduation parties, birthday parties (well, most of them), because life goes on and it’s not all about me. At the same time, it’s been less than two years since our son took his life. There are still moments when the happiness of others is a piercing reminder of what we have lost and will never have again.

One Foot at a Time

Meanwhile, I am grateful for family and friends who keep walking with us on the path of grief. There are those who enter fully into our tears when we need to cry, who make us laugh at ourselves and at life, who gently inspire us to keep seeking beauty from these ashes, and who point us "with their lives more than their words" to our eternal hope and home. It may seem counterintuitive, but it is possible to be in deep grief and yet experience the joy of the Lord. In fact, it is the Lord’s joy that enables me to keep choosing to engage life and ministry even as I live with a broken heart.

I’m praying for all who mourn today for any cause. May we find in the Advent of our Lord Jesus Christ the fulfillment of the words that Zechariah prophesied long ago:

Through the heartfelt mercies of our God, God’s Sunrise will break in upon us,

Shining on those in the darkness, those sitting in the shadow of death,

Check out this song about how to deal with feeling lonely at Christmas: