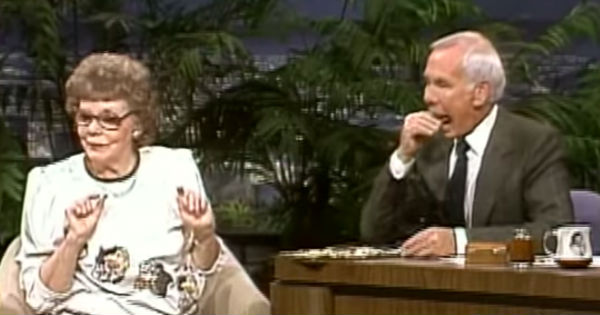 There are so many great sketches with Tim Conway on The Carol Burnett Show. But this tribute highlights some of the best. And boy, don't we need humor like this these days?

Pull up a chair and get comfortable with your favorite snacks. Get ready to enjoy the good old days of television.

The tribute video has had more than 500,000 views since May. And it's no wonder–Tim Conway is hilarious!

An Illustrious Career In Comedy

Tim Conway was known for his side-splittingly hilarious stunts that he often caused co-star Harvey Korman to begin laughing in the middle of a skit. Tim was known for ad-libbing bits that would challenge his co-stars too.

For more than a decade starting in 1967, Carol Burnett and a cast of her funny friends – including Tim, Vicki Lawrence, Harvey Korman, and Lyle Waggoner – created a variety show that would become an icon of American television.

Over his long career, Tim earned 13 Emmy nominations and won six. For The Carol Burnett Show, he was nominated six times as a supporting performer in a variety or comedy series.

When Tim Conways passed away in 2019 at the age of 86, Carol Burnett said, "I'm heartbroken. He was one in a million, not only as a brilliant comedian but as a loving human being," She added, "I cherish the times we had together both on the screen and off. He'll be in my heart forever."

The tribute of Time Conway on The Carol Burnett Show includes skits from the episodes of The Monkey Man, where he turns into a monkey while asking to marry a man's daughter, The Intercom (Mrs. Wiggins and Mr. Tudball), and even The Dentist skit.

With a deceptive smile and an utter devotion to comedy, Tim was among Hollywood's most enduringly talented actors. What a gift he brought to millions of people with his ability to make them laugh. Laughter truly is the best medicine.

YOU MAY ALSO LIKE: Hilarious Carol Burnett Toilet Paper Skit

“Then our mouths were filled with laughter, and our tongue with shouts of joy; then they said among the nations, ‘The Lord has done great things for them’." Psalms 126:2