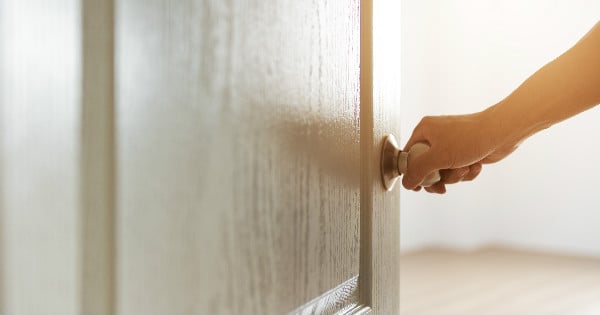 9 Signs That God Is Opening a Door
Read Article »

Outspoken Christian Tim Tebow shares a powerful message about emotions that we all can afford to hear. The passion behind his words strengthen the importance of the message that he is sharing.

Tim Tebow has been a famous name in the media since his days of playing college football. And this pro athlete always put God first.

While playing at the University of Florida, Tim was known for writing bible verse on his eye paint. During a one championship game, he wrote John 3:16 on his eye black and within 24 hours over 90 million Google searches were generated for the verse. During his NFL days, his celebratory prayer on the field coined the phrase ‘Tebowing.'

Tim spent five years in the NFL, but after being released from the Philadelphia Eagles in 2015, he turned his sights to another dream. Now, Tim plays in the minor leagues with the New York Mets baseball team. He also continues to use his platform to share the message of God.

Today, he's standing on stage speaking about our emotions. So many people let their emotions lead their decisions, but Tim has something even stronger to guide us. "If you're someone who listens to emotions, you need to stop."

He goes on to say that convictions are what we should truly be listening to. "If you listen to your convictions, even when you're tired and your emotions tell you ‘I don't want to get up,' your convictions say ‘I'll be the first one up.'"

YOU MAY ALSO LIKE: Tim Tebow Crying As He Says Goodbye To Beloved Dog Bronco Is Utterly Heart-Wrenching

Get ready to make yourself even greater when we can put the Earthly emotions aside and focus on God. This is such a powerful message.