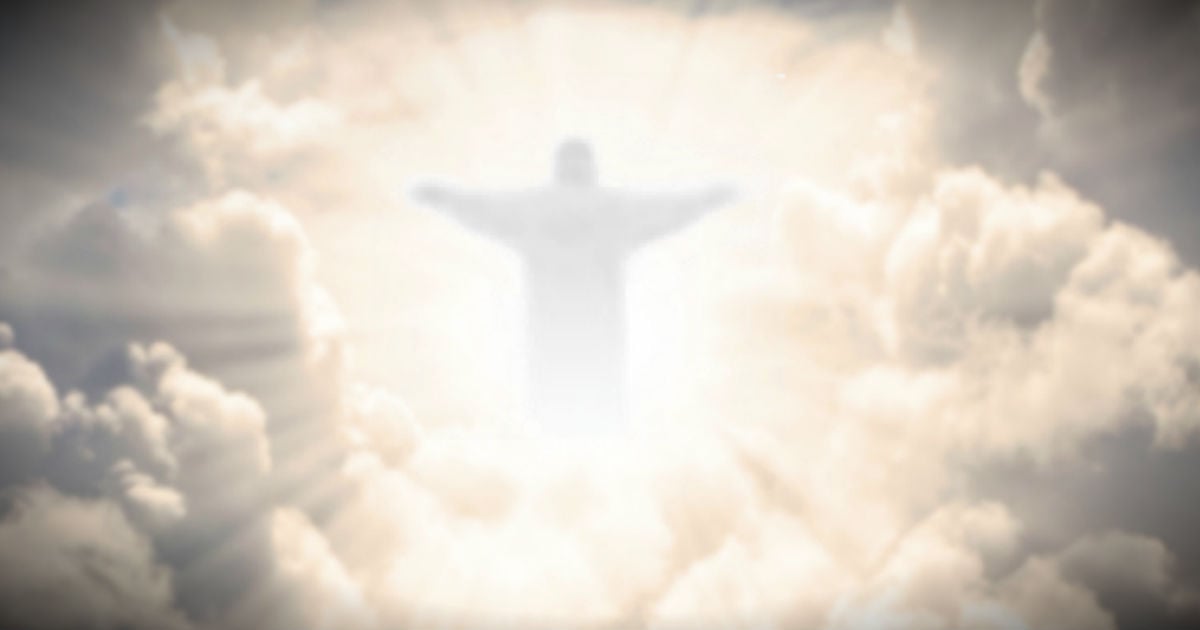 Finding Hope After A Violent Tornado

It’s disheartening to behold the path of utter destruction left in Tappahannock, Virginia, after a violent tornado ripped through the area. It’s believed that at least 25 people were injured, roughly 30 buildings were damaged and at least 15 buildings were destroyed in the little town. But it’s what was spared during the deadly weather that brings so much hope. 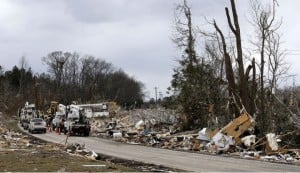 “It looks like a war zone,” commented one resident, Joe Pollard. “It’s a miracle no one was killed.”

Amazingly, while Tappahannock had the highest concentration of injuries, the town did not see any casualties. Other areas in the state were not so fortunate. Tragically, 4 people lost their lives and at least seven tornadoes and two funnel clouds were reported across Virginia. It was freakishly uncommon weather for the month of February, occurring in the middle of the week on a Wednesday.

“If you see some of these structures and know that people were in them, there's no reason that they should be alive,” said Joey Reinhardt, president of the Tappahannock-Essex Volunteer Fire Department and one of the first responders.

One of the buildings completely obliterated by the tornado was the historic St. John’s Baptist Church. 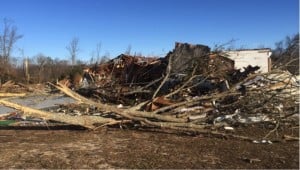 When weather advisories warned of approaching severe weather, the regularly scheduled Wednesday night Bible study was canceled. So, thankfully, no one was injured at the church. But to see the house of God that had stood in the town for 145 years completely leveled was heartbreaking.

RELATED: Bible and tithe checks are the only items to survive flooding

But there was a message of hope to be found in all of the debris. Miraculously, amidst the piles of rubble, the Bibles and song books, about two dozen in all, were found relatively untouched.

“If any man’s work is burned, he will suffer loss, but he himself will be saved, but as through fire. Do you not know that you are a temple of God and that the Spirit of God dwells in you?” 1 Corinthians 3:15-16 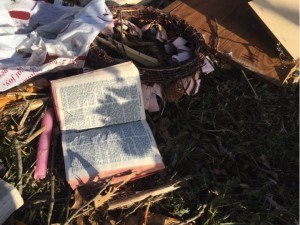 The roof and walls of St. John’s Baptist Church may have crumbled, but the Word of God that was inside remained in tact. It’s a stark reminder that the true foundation of the church doesn’t lie in a particular structure, but rather, lives in us. We make up the church — a church that honors a powerful and awesome God who can withstand any storm!

“And Jesus came and said to them, ‘All authority in heaven and on earth has been given to me. Go therefore and make disciples of all nations, baptizing them in the name of the Father and of the Son and of the Holy Spirit, teaching them to observe all that I have commanded you. And behold, I am with you always, to the end of the age.’" Matthew 28:18-20

See what beautiful secret was found in a tattered Bible in the middle of the road! 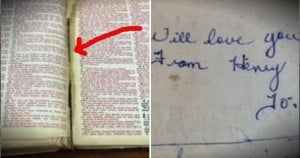