On Saturday, a deadly tornado destroys a Mississippi church. But on Sunday, the congregation showed up so that the previously scheduled baptisms could carry on as planned. What a powerful moment!

One Saturday night, a terrible weather system stretched across Alabama, northwestern Georgia, and Mississippi. It pelted the area with downpours, severe winds, and at least 9 tornadoes.

The storms left a wake of injury and devastation. One woman even died. And in Mississippi, one of the tornadoes completely leveled the First Pentecostal Church of Columbus.

Thankfully, no one was in the church when the tornado hit. But the building certainly took a beating.

The twister took off the roof and knocked down all of the walls. The only thing left standing — the pews. Still, pastor Steve Blaylock remains hopeful.

"I don't know what God's plan is, I always know it's gonna work together for our good," Steve said.

And Pastor Steve’s flock proved that, even without a building, God’s work will persevere!

On Sunday, the very next day after the deadly tornado demolished the Mississippi church, around 100 people turned up. Baptisms had been scheduled for that day and the congregation wasn’t going to let anything stand in their way. 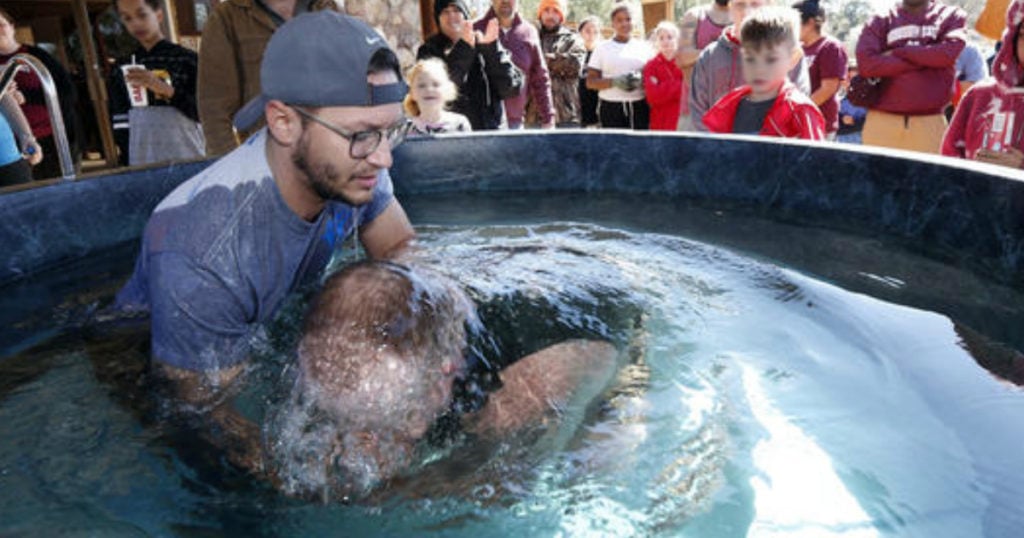 Folks brought folding chairs and a borrowed a baptism tank. And in the wake of the storm’s destruction, nine people got baptized. It left pastor Steve Blaylock in tears.

"I'm so humbled by the help and support," he said.

There are definite plans to rebuild the First Pentecostal Church of Columbus. But as Steve and the congregation proved on Sunday, what they lost was merely physical.

"It's just a building, our church is the people," Steve said.

Following Christ will not spare us from the storms of life. But when disaster struck, this body of believers drew close to God and responded with love!

“Don’t be overcome by evil, but overcome evil with good.” Romans 12:21

YOU MAY ALSO LIKE: California Pastor Recalls How Church Miraculously Survived Wildfire Untouched