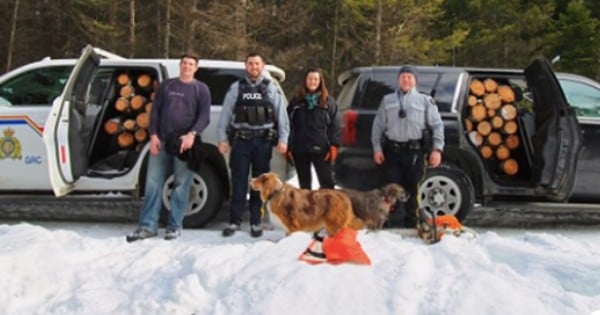 Intensive chemotherapy not only forced Chelsea Raybould into premature labor but also left her with toxic skin. As a result, she couldn’t even touch her newborn baby. But the mom persevered through the unthinkable and so did her baby girl!

Chelsea Raybould was only 29 weeks pregnant with her second child when she and her partner, James Cartwright, received terrifying news.

RELATED: Parents Caution Others After Skinned Knee Infection Ends Up Costing Their Son Both Legs

Doctors diagnosed Chelsea with non-Hodgkin lymphoma and found a tumor the size of a tennis ball inside the UK mom’s chest. Without immediate action, doctors warned it could mean the life of both Chelsea and her unborn baby.

Doctors said she’d need to deliver the baby right away but that the chances for tragedy were high.

“I was told she might be stillborn or face breathing complications as it was so early in the pregnancy,” Chelsea recalled.

The desperate mom begged to put off her chemo treatments so they could give her baby longer inside the womb. But Chelsea’s baby girl had stopped growing and needed to come out. Additionally, doctors feared the worst if they didn’t address Chelsea’s tumor right away and said she couldn’t afford a delay in her chemo.

“They said if we did that my baby wouldn't have a mum,” she recalled.

Chelsea Raybould gave birth to her daughter Lacey-Mae via c-section in the middle of the COVID-19 pandemic. But when the tiny girl arrived, weighing hardly more than 2 pounds, she defied all expectations.

"She gave a scream and we all cried, even the theatre staff,” the mom recalled. “I have never been so scared my whole life, I was running off adrenaline.”

Chelsea got to hold her little miracle briefly before heading into a cancer treatment so rigorous, it would eventually leave her with toxic skin.

The new mom entered isolation and began an intense chemo regimen that involved spending 106 hours at a time hooked up to a drip.

“The hardest part was knowing Lacey-Mae was just two wards down,” she said.

Later, Chelsea was able to go home between treatments and Lacey-Mae was released to go home at 5 weeks. But Chelsea’s body was so full of chemo, she had toxic skin. It meant she couldn’t touch her newborn daughter or her 7-year-old son, Fin.

"I was told the sweat from my hands could be toxic enough to burn them,” the mom explained. “Knowing my newborn was just a couple of wards away was heartbreaking. I just wanted to cuddle her and Finley.”

She even had to use her own separate toilet because of all of the toxins in her body.

The treatments and resulting toxic skin were really hard on Chelsea Raybould. But she kept fighting. And so did her premature baby girl.

“Lacey-Mae was so tiny but has caught up – like she knew she had to pull through,” Chelsea said. “She's a fighter. Just like her mum.”

Refusing to give up, Chelsea endured the intense rounds of treatment and counted down to the day she could hold her children again.

RELATED: Mom Can't Even Touch 5-Year-Old Son Because Of Horrifying Condition Making His Skin Fall Off

“I was terrified I wouldn't get the chance to be Lacey-Mae's mum. But thinking of my children gave me strength to concentrate on getting better,” she says.

Finally, the day came when the treatments were over and Chelsea’s skin was no longer toxic. And getting to hold her children again wasn’t the only blessing.

After 17 weeks of chemotherapy and a 5-week wait for confirmation, doctors reported no signs of active cancer in Chelsea’s body. Additionally, the treatments shrunk her tumor from the size of a tennis ball-sized tumor to less than an inch.

"I cried when I got the result. It was fantastic, knowing that everything I went through was worth it," Chelsea Raybould said.

YOU MAY ALSO LIKE: Her Cat Was Wasting Away Until They Figured Out Essential Oils Are Harmful to Pets

Though the journey was hard, what a blessing to go back to being a mom to her two children. May God continue to keep Chelsea safe and bless this family!

LISTEN: Shannen Doherty Plans When She Will Say Goodbye to Family as She Battles Deadly Disease