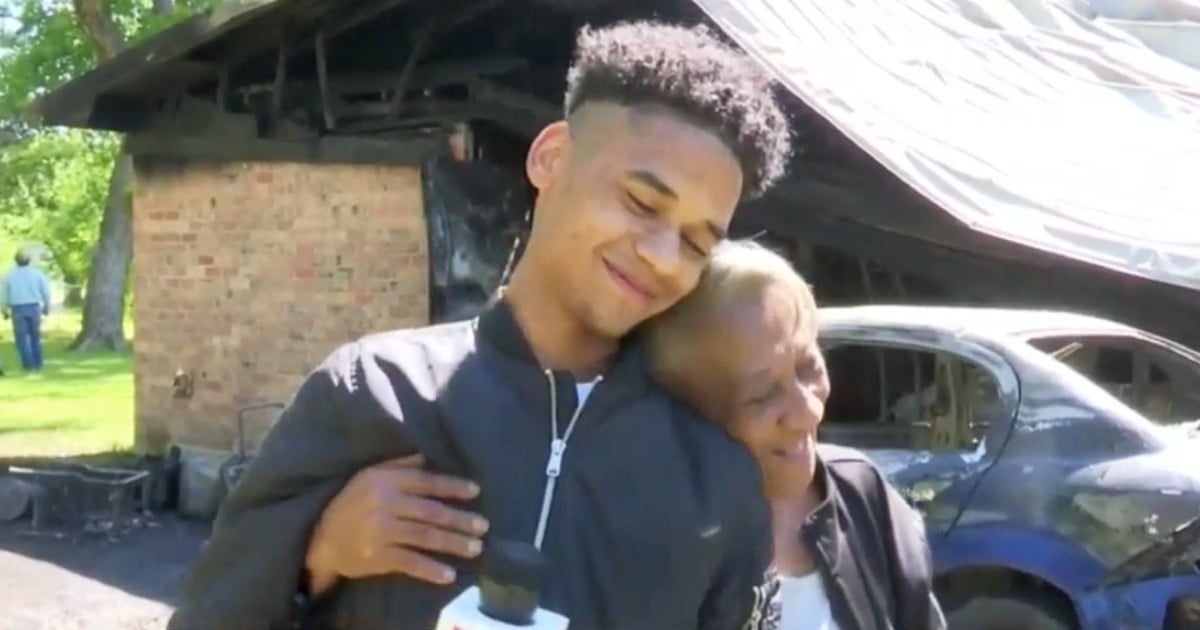 With only seconds to act, a man saves a young boy in this scary-to-watch train track rescue.

The train track rescue took place in India at a train station in the town of Vangani. The six-year-old child was initially strolling down the train station platform with his mom. They walked together as he held her hand. What happened next was both sudden and scary.

RELATED: 3 Good Samaritans Jump Into Action When Child Falls Between Train And Platform At Train Station

As they walked the child wandered too close to the train tracks, and lost his mother's hand as he fell to the ground. She was still on the platform, but he was on the tracks. The boy slowly rose from hitting the metal and the rocks and tried to rejoin his mother on the platform. His mother tried to help him up, but she was unsuccessful due to her visual impairment.

While they reached for one another, a train came into view and was unknowingly heading straight for the boy.

Tragedy would have struck, however, Mayur Shelkhe, a railroad worker, saw the little boy fall and immediately started running toward him. Just as the train came into view so did he, sprinting toward the child. Clearly, Mayur's only instinct in that moment was to help.

Mayur spoke after the train track rescue and said, "I ran towards the child, but also thought that I might be in danger too. Still, I thought I should save him."

Mayur managed to do what some would have been too paralyzed to accomplish – he saved the boy by lifting him back up to the platform and successfully pulled himself back up also. He did this only seconds before the train came roaring by.

His heroic endeavor has been celebrated in the media through a spotlight with the Hindustan Times and with India's Ministry of Railways who posted of his accomplishment on Twitter.

At Vangani station of Central Railway, Pointsman Mr. Mayur Shelkhe saved the life of a child just in the nick of the time. He risked his life to save the life of the child.

We salute his exemplary courage & utmost devotion to the duty. pic.twitter.com/V6QrxFIIY0

But this brave man’s care for this child didn’t end there!

After Mayur’s incredible train track rescue, the Ministry of Railways rewarded him with a bonus. The hero refused to keep all of the funds for himself, however. He gave half to the family of the boy he saved.

“I'll give half of the amount, given to me as a token of appreciation, for that child's welfare & education,” Mayur said. “I came to know that his family isn't financially strong. So I decided this.”

And again, Mayur Shelkhe stressed that, as a father himself, there was no way he could avoid acting when he saw the boy in danger.

“The child who [slipped and fell] is someone's precious child, too,” he said. “My child is the apple of my eye, so must that boy in peril have been to his parents. I just felt something stir within me and I rushed without thinking twice.”

YOU MAY ALSO LIKE: A Train Crashed Into Mom's Car with Her Baby Inside And Then She Realized He Wasn't Alone

Seconds. Within those seconds this story could have had an alternate ending, but thank God that the boy is alive along with his hero, Mayur Shelkhe.