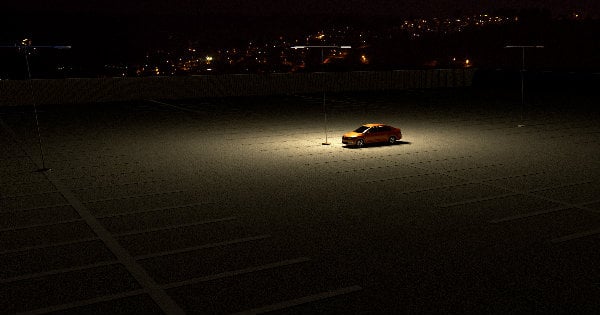 Ditch your calculator and get motivated! Here's an inspiring true story of how a boy with a fractured skull became the world's “fastest human calculator”.

At just 20 years old, Neelakantha Bhanu Prakash is able to work out complex mathematical problems like 869,463,853 times 73 in just 23 seconds!

RELATED: Woman Warns Others ‘Learn From My Mistake' After She Lost Forehead From A Bad Habit

The country of India tracks its outstanding citizens similarly to the Guiness Book of World Records. Neelakantha is included and is cited as being able to process numbers 10 times faster than the average person.

Through "structured practice," he has been able to cultivate his crazily amazing gift.

"The methods which I use are very similar to general methods but certain things — basically brain optimization. I optimize my methods and make them better than before."

"At the end of the day whatever I call my methods, sometimes it just happens. There’s a certain process, obviously, but since you have trained your brain, it just happens,” Neelakantha shared.

On August 15, Neelakantha won a gold medal at the Mental Calculation World at Mind Sports Olympiad, which took place in London. He was the first Asian to win that specific award and the first non-European winner is over two decades!

To earn his award he had to defeat 29 people from 13 different countries. And defeat them he did.

Neelakantha's injury originated in his childhood. At the tender age of 5, he fell from a scooter that was then hit by a passing truck. The impact of the truck caused the scooter to hit his head, causing a fracture.

After many operations and plenty of stitches, doctors put the young boy into an induced coma. A week later he woke, and spent the next year bedridden.

“I remember the pain vividly…this is the most traumatic experience I have had in my life…I couldn’t even go to school for a year. All I had to rely on to get better were numbers and puzzles.”

He occupied himself with puzzles and games like Chess that challenged his mind.

Neelakantha did what he could before returning to school. He had a permanent scar on his forehead, but the injury didn't stop him from wanting to be successful in life.

“When I am attempting a world record it’s almost like the world around me slows down...it’s kind of like ‘The Flash’ – where when he runs everything else around is blurred. It definitely feels nice but also feels extremely liberating to actually do these complex calculations at this pace.

So the neurons firing in the brain lead us to make-believe that we are capable of doing things which we don’t imagine. So I would say you almost feel like a superhero. Almost.”

He has plans on improving India's educational system, making math a more important subject that others can specialize in much like him. Though there can only be one "fastest human calculator."

“I am not sure if I am going to be participating in competitions anymore,” he says. “I don’t think I should. I have established my point that I am quicker. I am in a position that people hear me, I better use it.

YOU MAY ALSO LIKE: He Was a ‘Walking Dead Man' Until He Met Jesus And Turned from a Life of Drugs And Illegal Activity