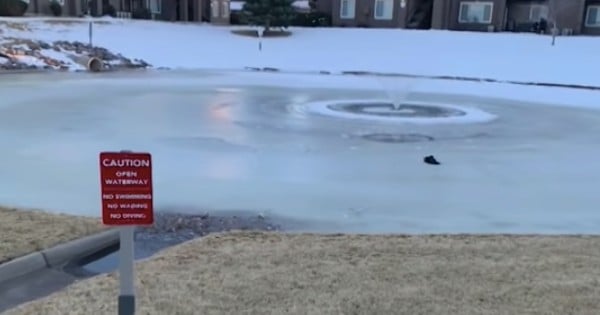 A quick-thinking TSA officer saves an infant who stopped breathing at the airport and cameras caught the heroic act on film.

Cecilia Morales had been on the job working as a Transportation Security Administration (TSA) officer at Newark Liberty International Airport when a harrowing situation unfolded in front of her.

A mother began screaming that her child was choking and not breathing. Cecilia saw the mother was in distress and the mother didn't know what to do. But Cecilia did! She started talking the mother through instructions to clear her son's airway. But Cecilia knew she would need to get involved and she didn't hesitate.

Before she became a TSA officer, she had a career as an emergency medical technician (EMT) for over ten years.

Because of her training and experience, she knew exactly what to do. Cecilia leaped over the counter like a football player plowing over an offensive lineman to make a touchdown. The TSA officer then took the infant in her arms and performed the Heimlich maneuver on the baby. It took two attempts to clear the baby's throat before she was able to get this precious infant to breathe again.

RELATED: Rookie Cop Showed Up In Dire Situation And Knew Just What To Do For Choking Baby

Once he started breathing, Cecilia knew he was going to be okay. It took several seconds for his mother to realize her son was going to be okay too. She looked shocked and stunned as Cecilia handed the infant back before she began to cry tears of gratitude and relief.

We all know there are no such thing as coincidences. God had placed Cecilia in the right place at the right time to be his miracle worker in the form of a TSA officer. Clearly, God has plans for not only to continuing to use Cecilia in miraculous ways but also in the routine everyday of being a blessing to others.

YOU MAY ALSO LIKE: 10-Month-Old Was Choking on Pancakes Until a Stranger Stepped in and Brought Him Back to Life

"In the same way, let your light shine before others, that they may see your good deeds and glorify your Father in heaven." Matthew 5:16