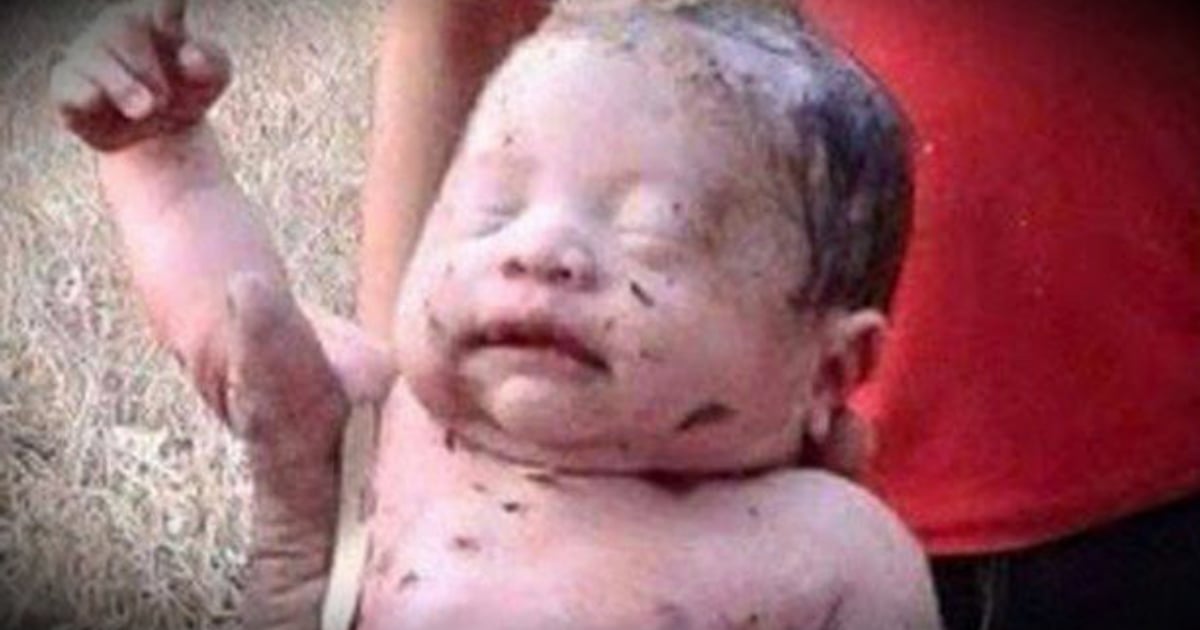 For Lisa and Darren Hansen, it seemed to take forever to get pregnant. But after 3 years of trying, they finally got the good news that they were expecting. It got even better when they found out they were having a very unique set of twins. But times got tough when one twin’s umbilical cord started choking the other. However, the couple trusted in God and got a miracle!

Lisa and Darren, who live in Canada, were over the moon to learn they were having twins.

But the doctor explained these weren’t just any twins. Lisa was carrying a rare form of monochorionic-monoamniotic twins, also called “MoMo” twins. In this type of pregnancy, the babies grow inside the same placenta.

Because there is nothing separating the two babies, this creates serious risk for entanglement. And as the twins grew, one twin’s umbilical cord started choking the other. So, doctors suggested the couple consider an abortion.

RELATED: Mom who’s told to abort two of her babies gets a miracle

Of course, Lisa and Darren refused.

"We loved you and wanted you even before we saw you," Lisa wrote about her twin babies online.

Lisa knew it wouldn’t be an easy pregnancy, but she turned it over to God.

As the weeks went by, Lisa and Darren were blown away at each ultrasound by just how perfect their babies were. 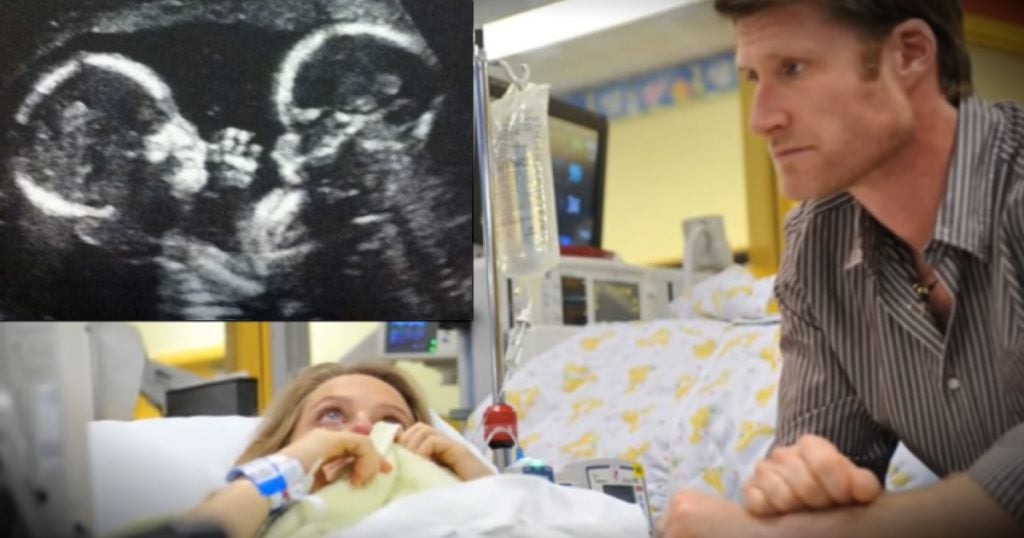 But five months into the pregnancy, Lisa needed to move into the hospital so doctors could monitor the babies closely. She underwent stress tests four times a day, and received ultrasound scans three times a week. It was a scary time for the couple.

"We are told we need to see a specialist and she tells us she has never in her whole career seen our kind of twin, it's that rare," she said. "She tells us she is concerned and explains why. It's hard not to be scared. All we can do is start to make a plan to give our kids the best chance possible."

To make matters worse, Lisa and Darren were forced to live apart during this difficult time. Just before Lisa’s pregnancy, Darren accepted a long-term job away from home. The couple originally planned to move together, but with the complicated pregnancy, it was best for Lisa to stay put.

Fortunately, God put plenty of loving friends and family in their lives. They all made sure to check in on Lisa regularly. And a huge network of folks prayed constantly for Lisa, Darren and the babies. 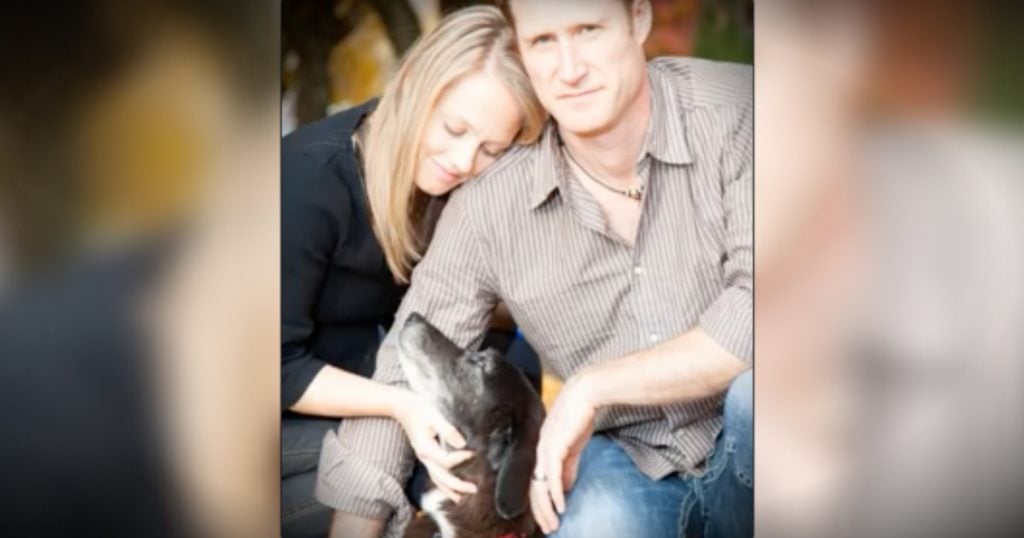 This support group made a huge difference as Lisa spent week after week in the hospital. They were there when Lisa and Darren lost their beloved dog.

"At 30 weeks we were heartbroken to say goodbye to our very senior and sick fur baby," Lisa wrote.

Rather than sit around and worry, Lisa decided to occupy her time in a positive way. Just one room away from where she was staying in the hospital was the Families In Recovery ward. Lisa volunteered time there, encouraging others in situations similar to hers. It’s something she described as a blessing.

Because of the tangled umbilical cords, there was no way the babies could be delivered naturally. So, at 32 weeks into the pregnancy, doctors delivered the twins via c-section. All of the prayers worked, and finally Lisa and Darren welcomed two beautiful girls — River and Piper! 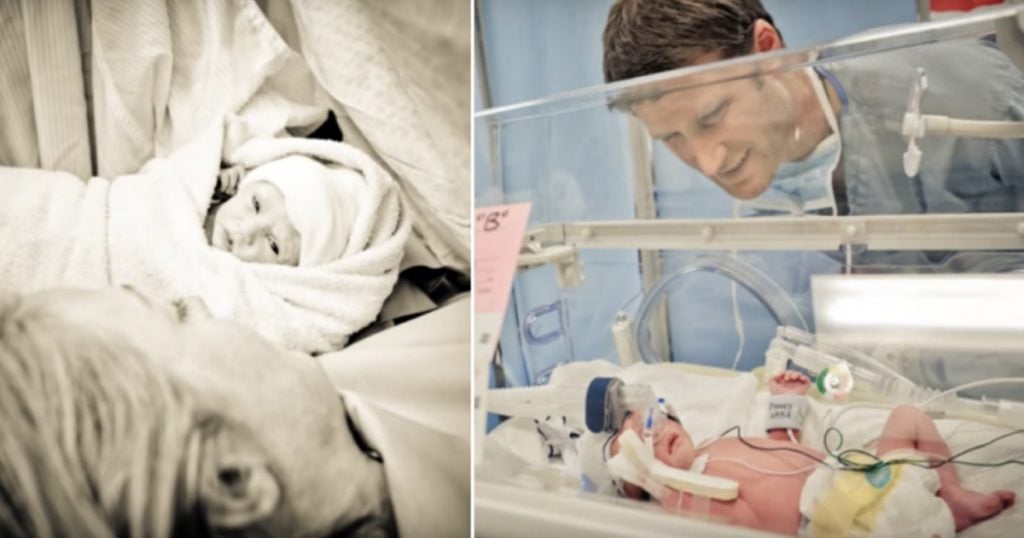 The girls were tiny, weighing a bit over 3 lbs each. Placed in incubators, the two babies spent weeks in the NICU fighting to grow strong. After weeks of x-rays and tests, the twins were finally ready to go home. 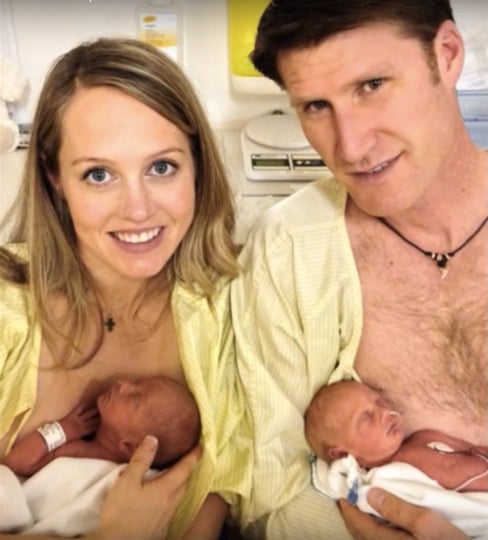 The family celebrated, and Lisa and Darren’s church held a belated baby shower since Lisa had missed out on things like that while posted up at the hospital. It had been such a long and worrisome road.

But God is good, and now the twins were growing bigger and stronger each day! 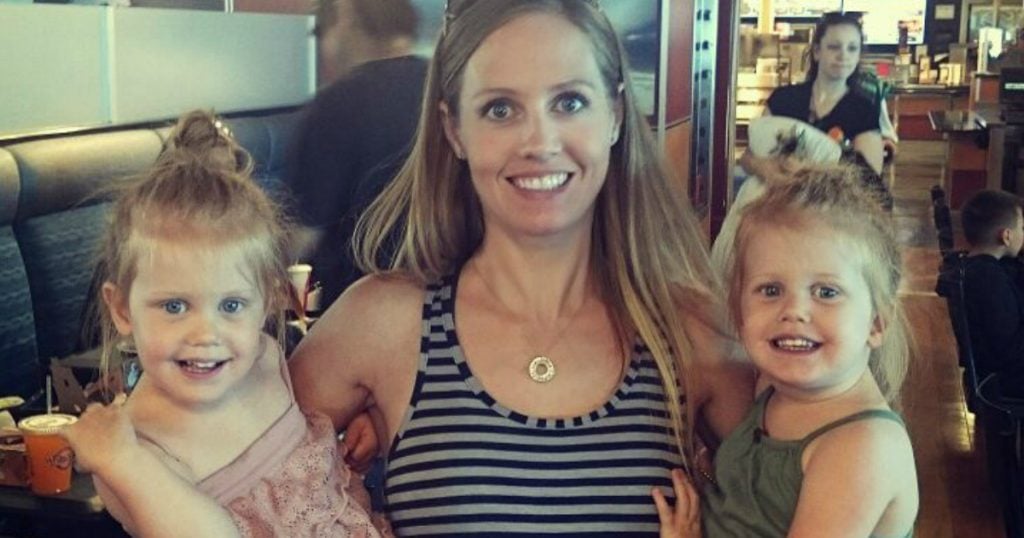 "Our whole journey together started out like a roller coaster ride but now it's like a cruise into the sunset," Lisa wrote on the twins' first birthday. "That doesn't mean every moment is easy but with all the scary stuff so far behind us now, it feels like easy sailing."

RELATED: Joyful couple welcomed one in a million triplets

The smooth sailing got a little rocky when Lisa became pregnant again. At her first ultrasound, she learned she was initially set to have another set of twins. However, only one of the embryos continued to develop, so only one baby survived.

“On the drive home it really hit me and I just cried thinking about our lost baby and my survivor who will grow up without the amazing twin bond that my girls share," Lisa confessed. "I know they won't feel that loss that I feel for them but it still hurts because I see what my River and Piper have."

But Lisa’s journey with her twin girls taught her to be grateful. So, as she felt her baby boy grow inside her, she thanked God for the wonderful blessing. And soon, big sisters River and Piper said hello to their baby brother, Wyatt!

This beautiful family just oozes love. And their story is a wonderful example of how God will always see us through!

YOU MAY ALSO LIKE: Childless couple adopts triplets, and then the mom-to-be gets incredible news from the doctor