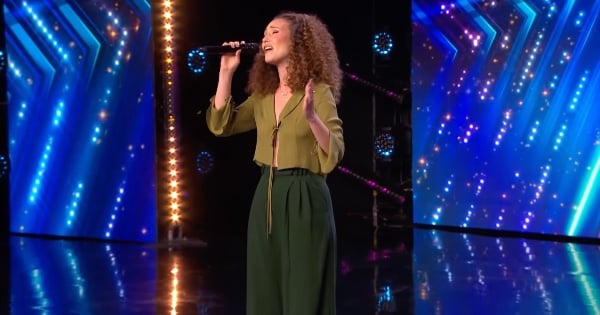 Valerie Bertinelli's weight, her struggles with the scale, and her freedom from religiously stepping on it are discussed in her third book related to her life-long battle. But the 62-year-old actress is not letting weight hold her back any longer!

Valerie Bertinelli has played many roles in her life. She's been the real-life wife of rocker Eddie Van Halen, Barbara Cooper, the sweet teen next door on One Day at a Time, and Melanie on Hot in Cleveland. Valerie has hosted shows on the Food Network. She’s also been the spokesperson for Jenny Craig, appeared in nearly 25 television movies, and she's authored 5 books.

Valerie became a child star at the age of 15. She appeared weekly for 9 years on One Day at a Time. In the years that followed, viewers and fans have watched beautiful Valerie move up and down the scale. They tuned in as Valeri Bertinelli openly shared her struggles with weigh. And that’s just one more reason this down-to-earth and likable television icon is so very relatable.

For Valerie Bertinelli, Weight Is No Longer Her Focus

With the release of her book in January 2022, a memoir titled Enough Already, Valerie committed to the practice of not weighing every day. Giving up the scale is hard to do when stepping on it each morning has been a ritual for one's entire life.

However, Valerie says it's working.

Before, Valerie was consistently disappointed with the number on the scale.

She wrote in an essay for New Beauty, “the number on the scale is never low enough - it’s always too high - so I’m going to just crawl under the covers and not have anyone see me until it is. I’ll be happy once all the weight is gone.” She's found that choosing not to weigh has had a positive impact on her "mental and emotional health."

Valerie Bertinelli Inspired To See Her Beauty At Any Weight

By abstaining from the scale, Valerie has begun to learn to "self-regulate". And to Valerie’s delight, her clothes are still fitting and she’s not “ballooning up” as she feared.

In addition, Valerie Bertinelli is trying to be kind to herself, to love herself at whatever weight she is. That's hard, and it may be particularly difficult for a person who has grown up on camera.

“I’m doing my best to live by the words I’ve written, to not care what the scale says,” she explained. “I think that’s important. I think many, many, many people live with a lie that we were told, that we’re unlovable when we gain weight, and it’s simply not true.”

RELATED: She Hid the Truth For Years But LeAnn Rimes Now Opens Up About Hard Times And Psoriasis

Valerie realizes she sometimes turns to food in stressful or emotional times. Now more aware of that habit, Valerie is working to allow herself to experience the feelings without turning to food.

Valerie walks alongside so many others who struggle with weight and unhealthy relationships with food. “It’s all a test and we’ll see how it works, but I do know that my mental health has improved immensely because I stopped looking at the scale every morning - and that’s the first big step for me,” she said.

Being honest about her personal struggles, Valerie is helping others. They’re inspired to achieve self-acceptance, improve their self-esteem, and, ultimately, understand that love is much more about who we are than how we look!

YOU MAY ALSO LIKE: Award Winning Actress Sally Field Talks About Aging In Hollywood

"Charm is deceitful and beauty is passing, But a woman who fears the Lord, she shall be praised." Proverbs 31:30