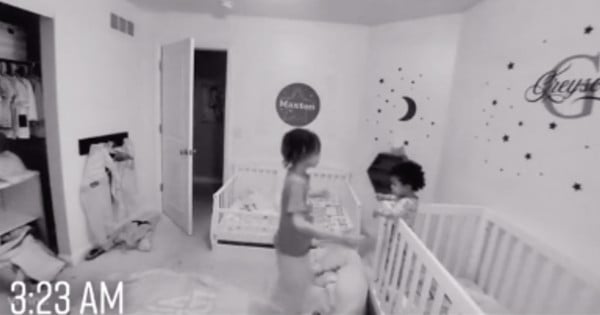 As a pilot announced the presence of a special VIP passenger aboard his plane, he couldn’t help but get emotional. And that’s because the passenger is his father!

"I'm going to try to make it as smooth as possible, because we have a VIP on board," the pilot says over the intercom to the passengers on the plane.

He then goes on to talk about the VIP passenger and his background. "So, a little bit about this VIP. He hails from Kingston, Jamaica, born in the small town of Portmore, Jamaica. He migrated from Jamaica to Toronto, Canada in the late ‘60s, I do believe. Then he migrated down to New Jersey and now he lives in the nice little town of Kennesaw, Georgia. And the VIP I'm talking about is my father."

Flying With A VIP Passenger

The pilot then shares with the passengers about why this moment is so special to him. "This is my first flight with him," he says. "I tried to hold the tears back. I didn't think I'd cry, but this is a very special and an important flight for me. This is the first time I've flown with my father. And I'm just very thankful and blessed to have my father on board. And Dad, I thank you for everything that you've done for me."

RELATED: ‘You Raise Me Up' Sung By Airline Worker To Honor Mother Grieving State Trooper Son Killed In The Line Of Duty

What a heartfelt speech and touching moment for the VIP passenger. But the pilot doesn't let the moment go by without adding a little humor to it.

"So folks, once again, welcome aboard. I'll get you up there safe, because he's going to ride on me if he doesn't and my mom's going to get on me. So folks, thank you. Oh, and his birthday was yesterday, too. He says he's 72, he doesn't look a year older than about 45 but he says he's 72," he says. "So, happy birthday to him, too."

YOU MAY ALSO LIKE: Parents Flying with a Newborn ‘Dumbfounded' by What Passengers Said After A Diaper Change

How great to see the sweet bond between this man and his father!