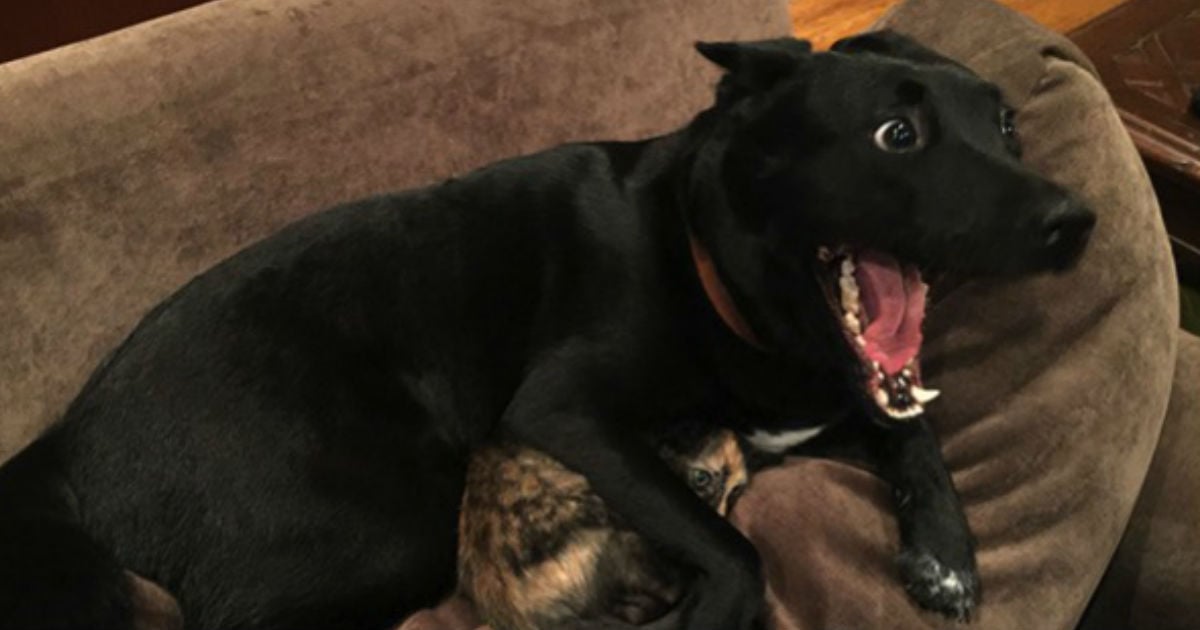 Keira and Kala were staring death in the face. The two friends had been through a lot together — it was hard to believe the end had finally come. Knowing their time was almost up, the pals shared one last embrace and prayed for a miracle. . .

Before we get any further in this story, I should probably stop and explain that Keira and Kala are both dogs. And they indeed were staring death in the face. The two shared a cage in a kill shelter, and were just hours from being euthanized.

But fortunately for them, just as Kala, a terrified 8-month-old hound mix, hugged her dear friend Keira, a 1-year-old boxer mix, a picture was snapped. A photo that would bring the miracle they so desperately needed.

The photo was taken by Malena Evans, the adoption coordinator of the Etowah Valley Humane Society. The Humane Society worked in conjunction with the Angels Among Us Pet Rescue group and posted the photo to Facebook, with the following desperate plea written as if from Kala:

“I’m Kala. This is Keira. We’re so scared in here. The people working in the shelters see how scared we are but just told each other that today is our deadline. We have to have someone rescue us or we’ll be ‘next.’ Keira is black and not a ‘real boxer,’ just a mix. She’s so brave and tells me it will be okay no matter what happens. She tells me to be brave too but I don’t know if I can be. Can you see our faces? Keira knows what will happen. You can see it in her eyes. She’s putting on a brave face for sure but I can feel her heart beating fast while I’m clinging to her. If no one saves us, someone will take her away from me. I’ll see her as she goes down the hallway. She won’t come back and I’ll cry. They’ll come for me next and I won’t be as brave. We’ve comforted each other while we were here. She gave me hope when I had none. Now it’s over. Unless…”

The post instantly went viral. According to a follow up post from the organization, it only took 2 hours and 6 minutes to raise the $3,400 needed to cover the medical expenses for the dogs and rescue them from the kill shelter. 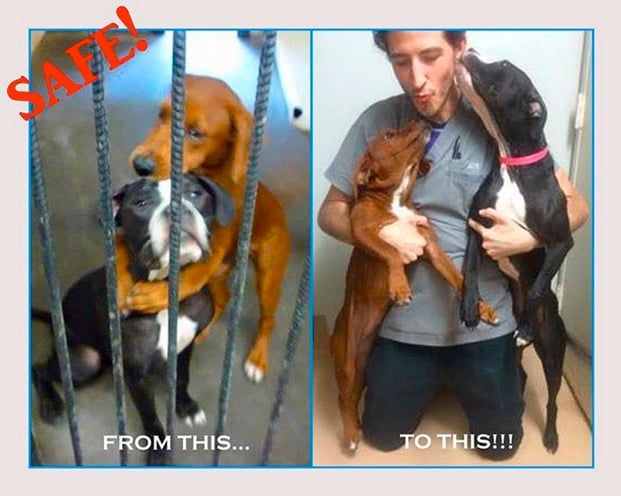 Both dogs will receive medical care, and then the two will go to their new foster home until they are adopted. The plan is to find the pair a home together, so the friends do not have to be separated.

Thank God for the love He shows to all of His creations!

"An upright man has thought for the life of his beast, but the hearts of evil-doers are cruel." Proverbs 12:10