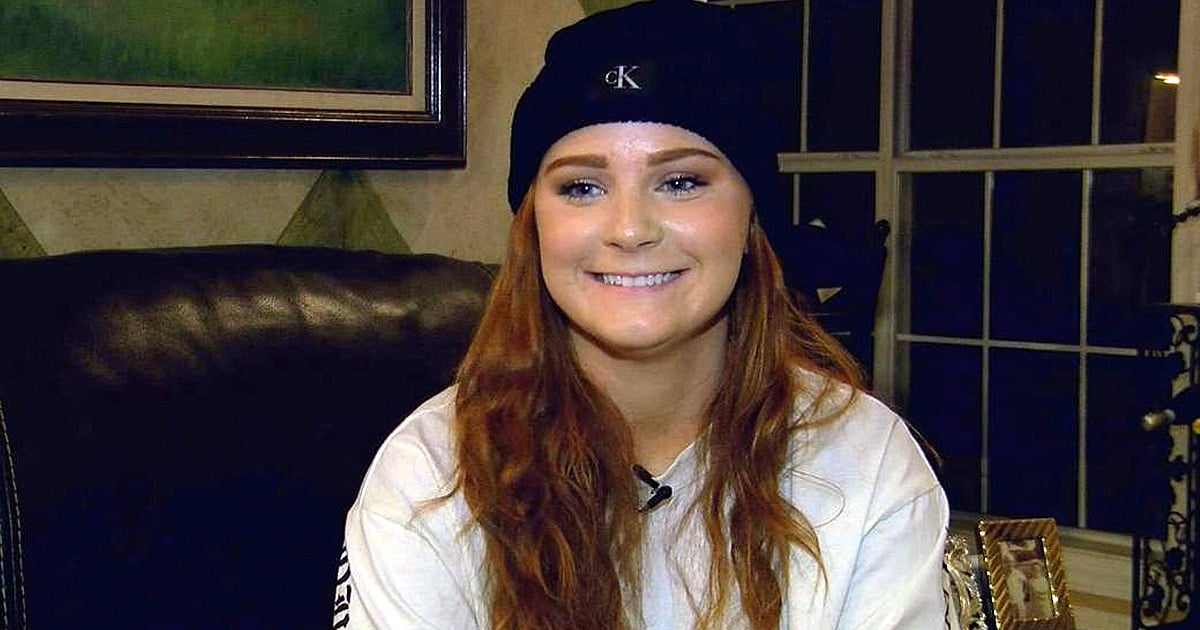 While her heart was stopped for 11 minutes, Charlotte Holmes went to Heaven and came back. And she’s got such an inspirational story to share! (If you'd prefer to listen to the audio version of this story, scroll to the end of this article to find the podcast version below!)

In September 2019, Missouri woman Charlotte Holmes and her husband, Danny, thought they were headed to a routine checkup with the cardiologist. But what happened that day ended up defying anything the couple could have ever expected!

RELATED: Heart-Wrenching Video Of Sick Little Girl Who Went To Heaven And Came Back Before Miraculous Healing

At the appointment, Charlotte’s blood pressure measured an alarming 234/134. And the cardiologist immediately sent Charlotte to the hospital.

"I've always had trouble with my blood pressure, and I've been in the hospital two or three times before when they put me on IV medication to bring it down," she said.

Three days later, though, Charlotte was still in the hospital. And all of a sudden, things went from bad to worse.

“They had just given me a sponge bath in my bed, and they were putting a clean hospital gown on me when it happened,” Charlotte says. “I can't remember anything about that moment, but Danny said I just fell over, and one of the nurses said, ‘Oh my gosh. She's not breathing'.”

Medical staff rushed into the hospital room as the nurse yelled for help. Danny watched as his wife’s lifeless eyes stared off blankly as one of the nurses started chest compressions.

Before she went to Heaven and came back, Charlotte says she watched all of this play out from outside of her earthly body.

"I came out above my body — I was looking down on everything,” she says. “I could see them working on me on the bed, I could see Danny standing in the corner."

Next, she smelled a beautiful scent like she’d never smelled before. Charlotte then saw flowers.

"God took me to a place beyond anything I could ever have imagined," she explained. "I opened my eyes, and I was in awe. There were waterfalls, creeks, hills, gorgeous scenery. And there was the most beautiful music, like angels singing and people singing with them, so soothing. The grass and trees and flowers were swaying in time with the music."

After that, Charlotte Holmes spotted angels. She saw golden gates and behind them were faces she recognized.

“Standing there, smiling and waving at me, were my mom and dad and sister," she says.

Charlotte had lost each of these family members earlier in life. But there they were, happy and healthy!

When she noticed a toddler boy, she was confused. But the moment she found herself wondering who he was, she felt God answering her. She’d suffered a miscarriage about 40 years ago while 5 months pregnant.

"Back then, they didn't let you hold the baby or bury it when you miscarried that far along,” Charlotte explained. “They just held him up and said, ‘It's a little boy.' And that was all. It was over.”

After the miscarriage, Charlotte had suffered a deep depression. Seeing her little boy smiling and waving to her from the gates of Heaven meant so much.

The gates stood before Charlotte. And when she turned back and looked behind her, she saw Danny and their adult children in the hospital room.

"They were crying, and it broke my heart,” Charlotte recalls. “We know that in heaven there is no sorrow, but I hadn't walked through the gates. I wasn't there yet.”

God then gave Charlotte a choice. She could stay in Heaven or go back to Earth.

“But if you go back, you have to tell your story,” Charlotte says God told her. “You have to explain what you've seen and tell my message, and that message is that I'm coming soon for my church, my bride.”

Charlotte was dead for 11 minutes. Doctors and nurses worked tirelessly to revive her and her family thought they were going to have to say goodbye.

"I thought I wasn't gonna bring you home," Danny told her later.

But as soon as Charlotte made the decision to come back from Heaven, one of her eyes blinked. And then she returned!

After Charlotte went to Heaven and came back, she couldn’t stop talking about the experience. She’s always been a devout Christian. But her glimpse of the afterlife truly set her soul on fire!

"I just can't keep from talking about it. And there's so much more to the story. I don't want people to think I'm crazy – well, I don't care if they think I'm crazy. I know what the Lord showed me, and I can't quit saying how wonderful and merciful God is," she said.

Charlotte Holmes opened up to a local paper, The Ozark County Times, about how she went to Heaven and came back. And after the paper featured her testimony on social media, it went viral!

RELATED: Amazing Testimony From Skeptical Scientist Who Died And Went To Heaven And Came Back

Charlotte has been inundated with hundreds of messages. And she and her husband Danny are trying hard to read and respond to every single one.

"I just feel that, if people contact me, I have to answer them back,” she says. “And I'm telling you, Danny and I have literally cried over some of them. We've prayed over them.”

Woman Who Went To Heaven And Came Back Shares Testimony

Charlotte Holmes has also started traveling to churches to share her testimony of how she went to Heaven and came back.

"I only want to go where God wants me to go, so when they ask, I tell them I have to pray about it first," she says of the speaking requests she receives.

Charlotte’s family worries about all the attention and traveling she is receiving. They are afraid it will cause problems with her blood pressure again. But Charlotte is trusting her Heavenly Father with her health.

"I'm not worried about anything. God has this. He will take it as far as he wants me to go,” she explains. “If it continues, hallelujah. If God wants me to keep sharing it, I'll share it.”

But she does admit all the attention sometimes has "this country girl a little overwhelmed."

"I'm just Charlotte, no one special,” she said. “I really can't quite fathom how it's all happened."

YOU MAY ALSO LIKE: Jim Woodford's Testimony of How He Went To Heaven And Hell Before Coming Back

But the Bible is filled with “ordinary people” through whom God has done extraordinary things. And Charlotte is determined to keep sharing her story and spreading God’s glory for as long as the Lord has planned.

What an amazing testimony and a wonderful reminder of what waits for us after this life!