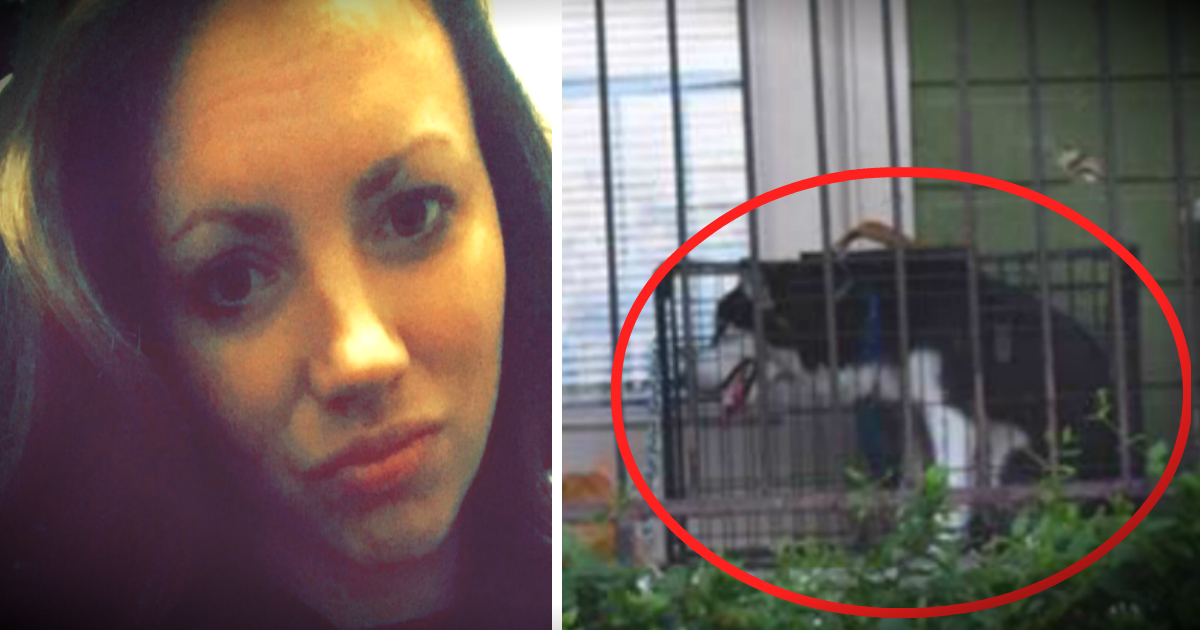 After the recent and epic West Virginia flood — the worst the state has seen for decades — things may seem bleak. However, amongst the heartbreaking amount of devastation and tragedy, are stories of incredible humanity. And they stand to remind us that hope endures because God is still at work! 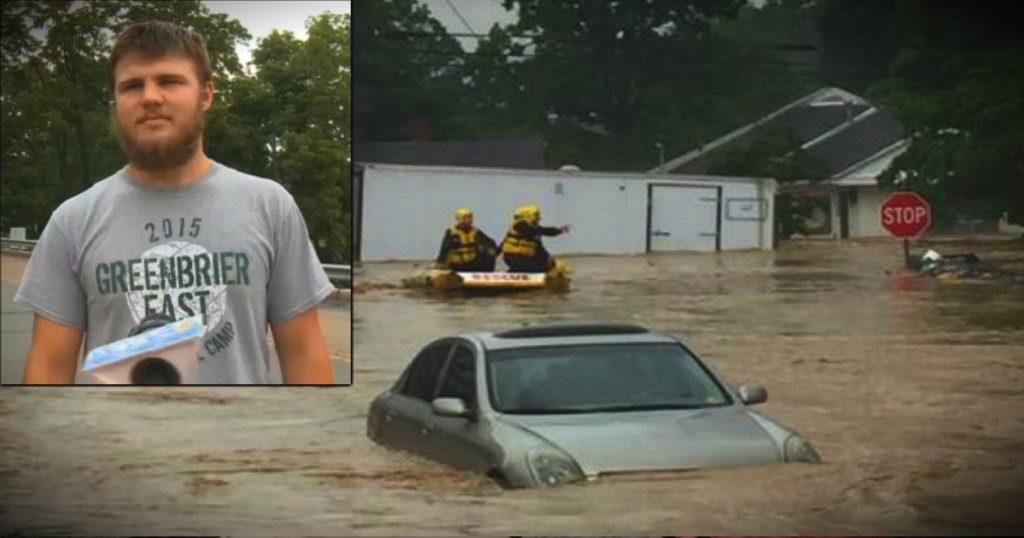 The absolute destruction caused by the West Virginia flood has shocked everyone. Folks are reeling after the massive loss of homes and lives. Grieving families struggle to make funeral arrangements for their lost loved ones, since flooding hit chapels and funeral homes just as hard. Devastation and heartache are everywhere.

But so is hope. It shines in the outpouring of support from all over. Popular resort and local staple, The Greenbrier, has closed its doors to vacationers in order to open them as a shelter for those in need. 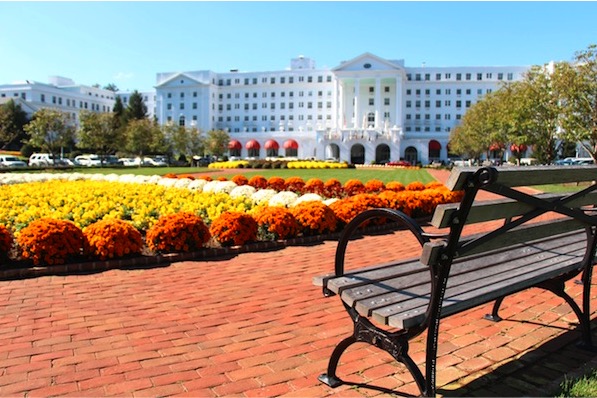 The resort’s Facebook page has become a hub for other outreach efforts as well.
From making medical services available to the hurting community:

And much, much more — spiritual care, emergency care, morale boosting, and so on.

Even celebrities have been helping out.

A Story Of Selfless Bravery

But the stories coming from those personally impacted by the West Virginia flood are perhaps the most touching.

RELATED: The 2 things that survived this flood show what really matters

One such story is of the Solak family. As the terrible flood waters ravaged the family’s home, several of its members were selflessly risking their own lives to save another. 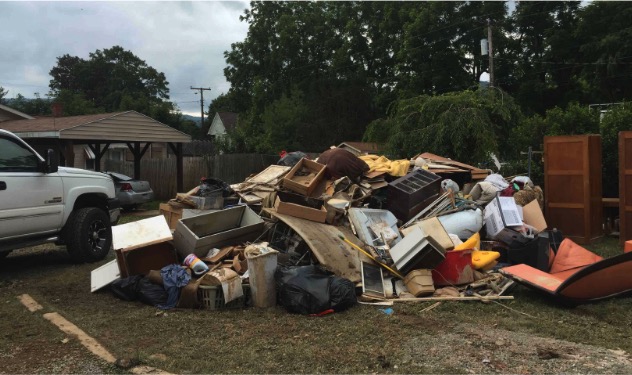 Wreckage from the Solak’s basement as a result of the flood Credit: GoFundMe

Just as the weather began turning bad, Mark Solak and his son, Josiah, headed out to check on a neighbor. While out, they encountered a woman trapped in her car as flood waters carried it away.

The two succeeded in rescuing the woman from her car. But all three were caught in the dangerous and fast moving water. They made it to a tree as the waters continued to rise. 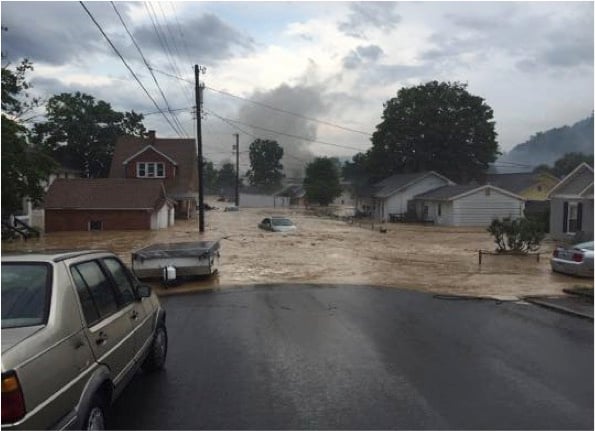 At home, a terrified Cindy Solak had no idea whether her husband and son were alive or dead. She begged friends and family to pray for their safety — prayers our Heavenly Father heard and answered! 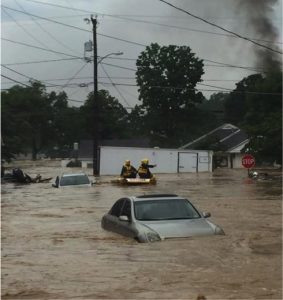 Mark and Josiah clung tightly to the tree as the West Virginia flood raged on. Josiah, a member of the Alderson Broaddus University wrestling team, used all of his strength and determination to also hold on to the woman he and his father had saved.

Aside from the dangerously strong current that sought to rip them free from the safety of the tree, there was also the dangerous debris the rushing waters carried with them. A shocking Facebook video from the West Virginia flood shows a house ablaze as it’s carried downstream.

The trio remained trapped in these terrible conditions for over 4 hours. It was so bad that there were several times where woman they’d saved wanted to give up. But Josiah refused. At last, boats arrived and rescued the three of them. 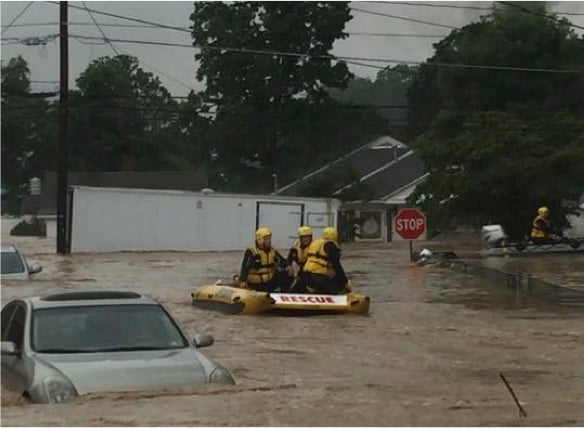 Josiah had many torn tendons in his arms. Mark suffered from shock, hypothermia and even lost part of his thumb. But the heroes were alive, as was the woman they’d fought so hard to save.

RELATED: Amazing rescue of dog tied to house during a flood

And according to Josiah, that’s what matters. The brave young man said that, in times like these, you don’t think about yourself.

“You just think about other people and if they’re okay.” 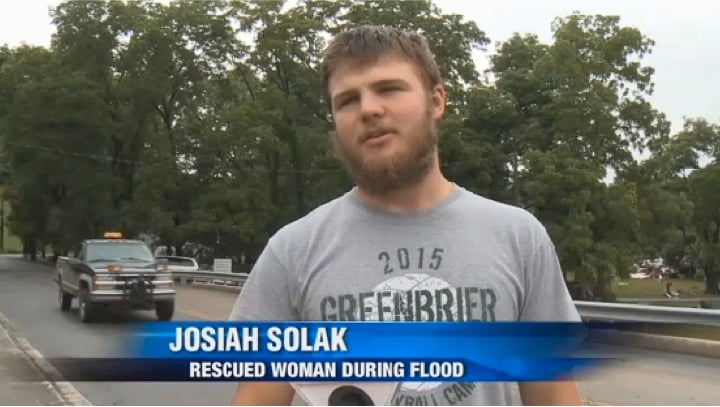 It’s stories like these that remind us God is still in control, and very much at work in this community. They may be down, but they are by no means out!

“Weeping may endure for a night, but joy comes in the morning.” Psalms 30:5

Please continue to pray for all of those impacted by the West Virginia flood. And let their resilience be an inspiration for us all.

See how prayer and a special angel saved this mom and baby who were trapped in a raging creek! 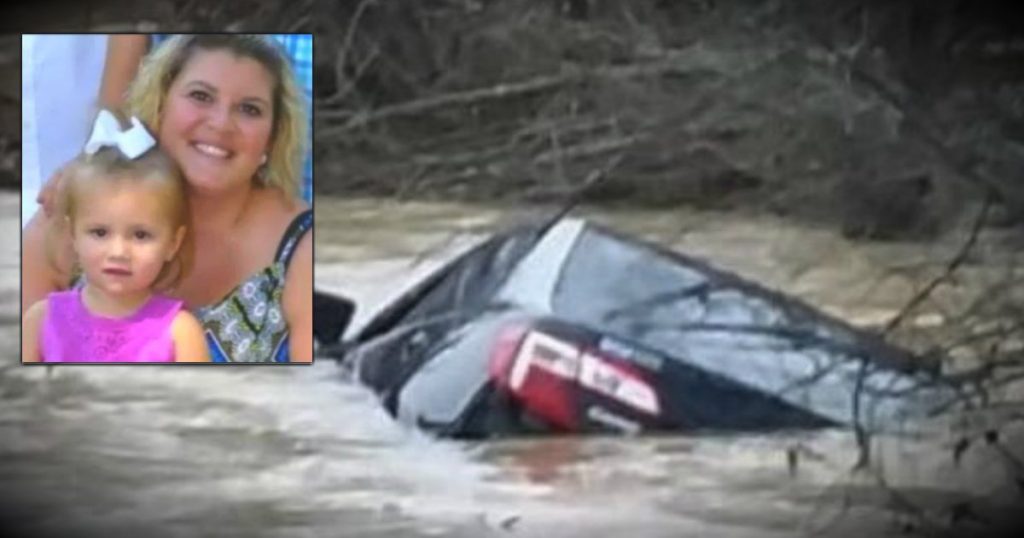