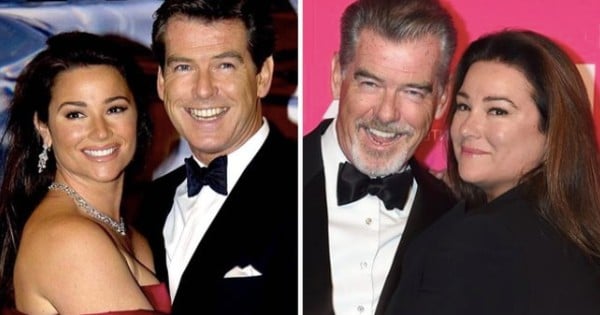 Winnie Hung started sending Christian celebrity Willie Aames, the popular actor from the 80s, fan mail as a child. Her letters continued for over 30 years and now the two are married. This is such an incredible love story, it’s getting its own movie on the Hallmark Channel!

When Willie met Winnie Hung for the first time, it was love at first sight. He felt as if he had known her all of his life. And it all started with a letter.

Willie Aames had roles in several TV shows: Gunsmoke, Adam-12, Eight is Enough, and Charles In Charge. And Winnie had been a fan of Willie's for years. So on a whim, she wrote him a letter, and Willie responded by giving her a call.

RELATED: For Years He Was Afraid To Talk To Her But Finally Sam Elliott Married The Love Of His Life

At first, Winnie actually hung up on him because she couldn't believe it was really her favorite actor, Willie Aames!

“I was like, ‘Hi, is this the Hung residence?’ And she’s like, ‘Yes.’ And I said, ‘Hi, this is Willie Aames calling from Universal Studios.’ She hung up. I called back, and she was like, ‘It can’t be you,'” he recalled. “We started chatting and became pen pals for 30 years. We never met but chatted on the phone a few times. We’d catch up, lose track, catch up, and lose track.”

Over the next few years, the pair remained good friends until actor Willie Aames found himself at rock bottom. He lost his job, struggled with sobriety, and found his identity. At one point, he was homeless too.

The pair decided to meet in person during a cruise stop in Vancouver. Neither of them knew their lives would change for the better and that God was putting them together.

“That afternoon, I took one look at her and I knew,” Willie recalled. “There’s no getting around it. That afternoon, I went, and I bought Winnie a little Pandora charm, that says ‘Fairytale’ on it. That was one of the things that I told her because she was so dead set against going out with me that I said, ‘Don’t miss out on your own real-life fairy tale.’ “

Winnie was reluctant at first, but soon she realized God had intended for them to be husband and wife.

“I feel like everything worked out timing-wise, the way it was supposed to be,” she said. “So by the time we actually met in person, I already trusted him as a human being.”

After their first date, actor Wilie Aames couldn't get Winnie off his heart or mind. So he knew what he needed to do. He had to see her again. “I flew back up to Canada, and as I came through immigration, she was standing there, and I walked up to her, and I said, ‘I’m going to marry you.’

After getting approval from Winnie's family, Wilie asked to be a part of her own real-life fairytale and the couple tied the knot. Their love story sounds like the perfect plot line for a Hollywood romance movie and soon they found themselves directing a movie about their love story for the Hallmark channel!

Even though they've lived in wedded bliss for quite some time, they both still can't believe how God destined them to marry. “It’s so funny. We still sit across the table from each other and look at each other and go, ‘I can’t believe it’s you. You’re the one," Winnie said.

Their love story proves it's never too late to find love, and it's never too late to become the person God called you to be. After actor Willie Aames surrendered his life to Christ, he hasn't been the same. All thanks to God for bringing Winnie into his life. I, for one, cannot wait to see the movie based on their whirlwind romance that was full of ups and downs.

Willie said, “I’ve never been happier. I’ve never felt better about life and opportunity, and I don’t know what I’d do without Winnie. It was meant to be. Like I said, I met her when I had learned enough in my life to not be seeking after something, so the most natural thing happened.”

"However, each one of you also must love his wife as he loves himself, and the wife must respect her husband," Ephesians 5:33.

WATCH: Willie Aames, Actor From The 80s, Opens Up About His Life