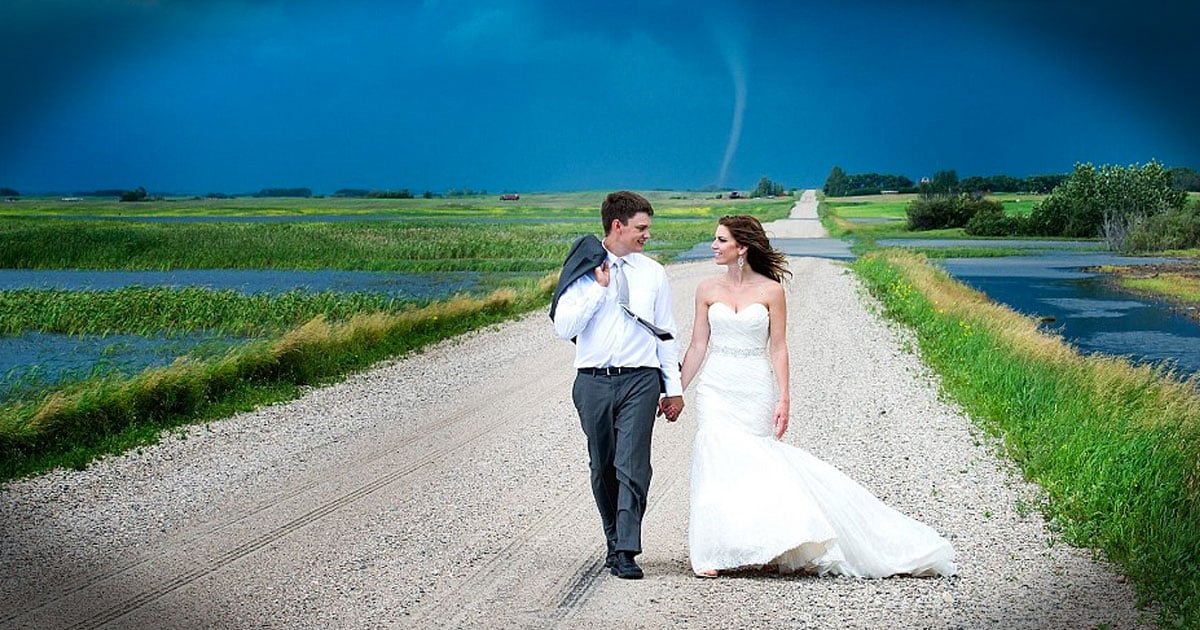 The Willis Family. From a horrific tragedy to worldwide popularity on America’s Got Talent–you’ll be inspired by this amazing family’s faithful story.

Pastor Duane “Scott” Willis and his wife Janet dearly loved the nine children God gave them. “We believe children are a heritage of the Lord.” said the couple. “We understood that they were given of the Lord, and we understood that they weren’t ours.” On a brisk November day, now nearly 20 years ago, the Godly couple loaded six of their beloved nine children into a van headed to Watertown, Wisconsin to visit their older son Dan. The Willis family was off for an adventure!

Tragically, the six children would never reach their destination.

In their path was a piece of a taillight assembly that had fallen off of a tractor-trailer truck. The collision caused the family’s minivan to catch fire, and all six children were lost in the freak accident.

Scott and Janet Willis barely escaped the crash with their lives, and they sustained serious burns.

“When we hit the object, the rear gas tank exploded, taking the car out of control. I was yelling to get out of the car. Janet and I had to consciously put our hands into the flames to unbuckle the seat belts and reach for the door handles.

“Janet fell out the door while the car was still moving. Benny was in the midst of the burning; his clothes were mostly burned off by the time he got out. The five youngest children, who had been asleep, died instantly. No sound was heard by Janet or me as we struggled to get out of the van. An unknown man took his shirt off his back to soak Benny’s wounds, and another beat out the burning clothes on Janet’s back. Benny died in intensive care around midnight.” the pastor shared.

Shockingly, that truck driver whose debris caused the tragedy was only on the road that day because he had bribed a corrupt worker. . . and that corruption lead all the way up to a man who would become Illinois’ governor!

The former governor, George Ryan, said that he prays for the lost children “daily,” though he does not feel responsible for their deaths.

The federal investigation that followed the fiery crash led to 75 arrests including that of Governor Ryan, who was convicted of organized crime and fraud, although he was not charged in the fatal crash.

When asked how they coped with the loss of their beloved children, the Reverend replied, “We thank God for his preparation for this trial. Janet became a Christian as a teenager after reading a Gospel tract that somebody had handed her. On February 5, 1975, I trusted Jesus Christ as my Lord and Savior. A man showed me that I was a sinner–and I knew my own heart. Nobody had ever, ever in my life presented the Gospel to me. I put my faith and trust in Jesus Christ; I believed that He died for my sins. I became a Christian that day. Since then God has been working with us. He has prepared us for this trial. We’re not special people. We’re sinners saved by grace. But we’re not taking a short view of life; we take a long view, and that includes eternal life. We realize that someday we’ll stand before the Lord, and the things that are here will matter very little. God’s grace is sufficient for everybody.”

“We can praise God even when we don’t know why, because of who he is and what he has for us,” the Reverend shared. “It’s not the end for us. We will see those children.”

Toby, Dan and Amy Willis lost six of their siblings that day. Toby went on to marry his high school sweetheart, Brenda, who was the school’s valedictorian. He has pictures of his lost brothers and sisters in his home, and his own children grew up knowing of the tragedy.

“There’s no way to hide that this is the way life is. That bad things happen and we want them to give them an accurate picture of how the world really is,” Toby Willis said of telling his kids about the tragic history of the Willis family.

The accident’s greatest impact, Willis said, was to reveal the nature of their faith: We had faith before, and we had faith afterward; there’s nobody else to turn to. People of faith [in the Bible] went through hard times, even worse than we went through. Just because you have faith in God, it doesn’t mean bad things won’t happen, he said.

More Hardships for the Willis Family

Brenda Willis added that she drew on that faith to confront another family tragedy, this one in their Tennessee home: “Eight years ago, our house burned down to the ground. It was a total loss. I just held my kids and said, ‘˜Thank you, God.’ It gave me a different perspective on life, in comparison to my in-law’s tragedy. When you go through hard things like that it strengthens you.”

The Willis family rebuilt and completed that family of a dozen children, something the couple planned before marrying.

The Willis family children are home-schooled, including classes in academics and logic, as well as the music and dance classes that would inspire them to perform.

Jennifer even wrote a song in memory of the family members who lost their lives that fateful day. The mournful, instrumental song is called, “Road to Watertown.”

Through it all, the family hopes that their faith is obvious by the way they lead their lives.”By living your life in a Christian way, without putting a label on it, it can be an encouragement for a lot of people,” Brenda Willis said, adding that such an example can make them ask questions.

Toby Willis added, “People want to have a meaningful life, so for us, God has chosen a path for us.”

Rev. Scott Willis perhaps says it best, “Psalm 34 says, “I will bless the Lord at all times. His praise shall continually be in my mouth. Oh, taste and see that the Lord is good.” Janet and I want to praise and thank God. There is no question in our minds that God is good, and we praise Him in all things. God is a great God. “

Watch The Willis Clan’s audition on America’s Got Talent

The family made headlines again when Toby Willis was arrested. He later was sentenced to 40 years in prison after he pleaded guilty to four counts of child rape. His daughter, Jessica Willis, came forward on her 26th birthday to share her account of her harrowing ordeal with her father. The family supported her decision to share her story, saying, “Today, we celebrate the birthday of Jessica, our beautiful eldest sister of 26 years now! Today, we also commend and support her brave vulnerability with the world. Today is the day we celebrate her truth being told.”

Through all their trials, the family remains faithful and filled with hope. "You don't have to be defined by your past or as a victim," Jessica Willis shared. "You can be defined as a survivor."