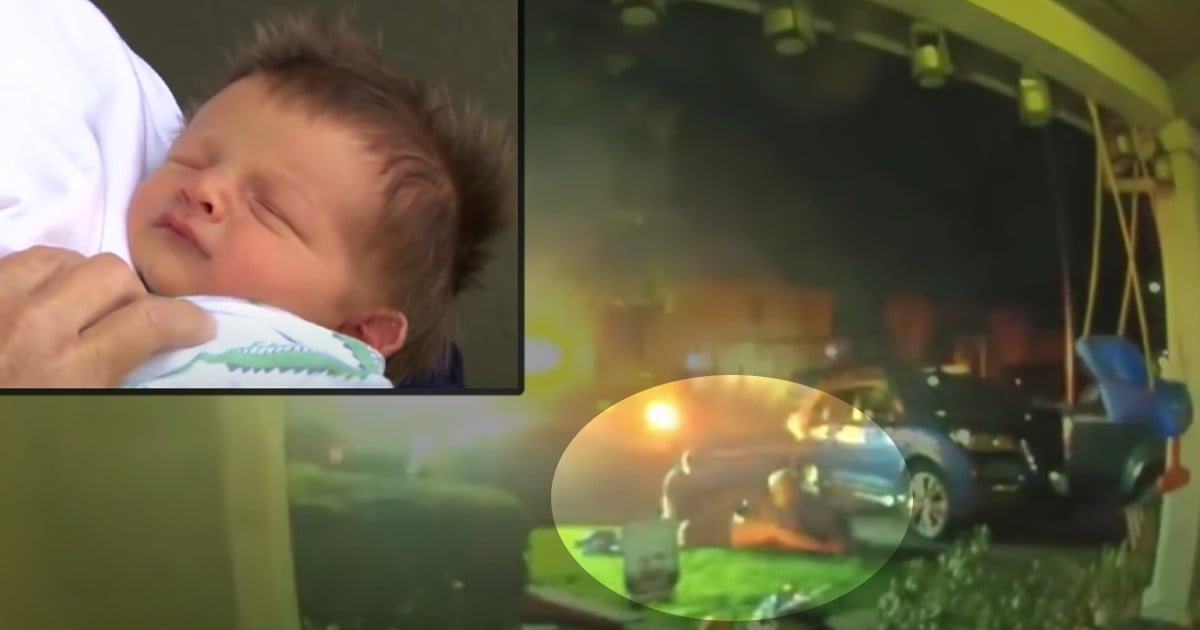 After suffering 19 heartbreaking losses, a woman gives birth to a 14 lb baby! This child came into the world larger than life to let his mother know he was the rainbow baby she had been praying for.

Cary and Tim Patonai knew they wanted another child after their oldest was born. But Cary never expected to go through so many miscarriages, a total of 17 before their son Everett was safely born.

The couple knew their family wasn't complete and longed for one more child. She wasn't ready to give up hope even though Cary endured two more miscarriages before becoming pregnant with Finnley.

“Two of the miscarriages were sets of twins. It was traumatic for the whole family, especially our oldest child (Devlen). Each loss would break his little heart," Carey said.

Carey knew how incredibly blessed she was that her body was carrying this precious baby to term. She knew he was healthy and safe. After a doctor's appointment, she learned Finnley was already measuring over nine pounds at 34 weeks! She still had six weeks of her pregnancy left.

When the day arrived for Carey to meet her son via C-section, she didn't expect her bundle of joy to become a celebrity or weigh in at twice the size of a newborn. But this amazing woman gave birth to a 14 lb baby!

A typical newborn weighs about seven pounds. Not only was he the biggest baby at the hospital, but he also became quite popular with the doctors and nurses. Everyone wanted to snap a photo with him. Cary said, "The OB/GYN who performed the C-section said that in 27 years he had never seen a newborn that size. There was so much excitement in the delivery.”

He certainly didn't fit into his newborn outfit but he did fit into 6 to 9 month clothing on his first big day. Cary, her husband, and their two kids now feel like their family is complete with the arrival of Finnley. What a precious gift!

YOU MAY ALSO LIKE: Pregnant Woman Thought She Had Plenty Of Time Until She Gave Birth In Her Front Yard

LISTEN: Wife Dies Hours After Giving Birth And Husband's Gut Tells Him To Check Her Blog | Mom Realizes Viral Photo Of Boy Standing Alone At Flagpole Is Of Her Son