Comedian Carlos Davis and his brother were getting gas when they noticed a woman paying for gas with pennies. Without a second thought, Davis pulled cash out of his pocket to offer the woman. He didn't know how his act of kindness would truly touch her. There is no doubt that God placed these men at this gas station for just this moment!

When Davis walks up to the woman, they explain that they are comedians and the money isn't a trick. They just wanted to help the woman who obviously was down on her luck.

"My husband just died a week ago, we weren't like this," the woman admits and explains she wasn't asking for money.

This is when the young men begin to break down themselves. Clearly shocked by her response, they put their arms around her "You're alright, you don't gotta cry." As they wipe away their own tears the men continue to try and comfort the woman. 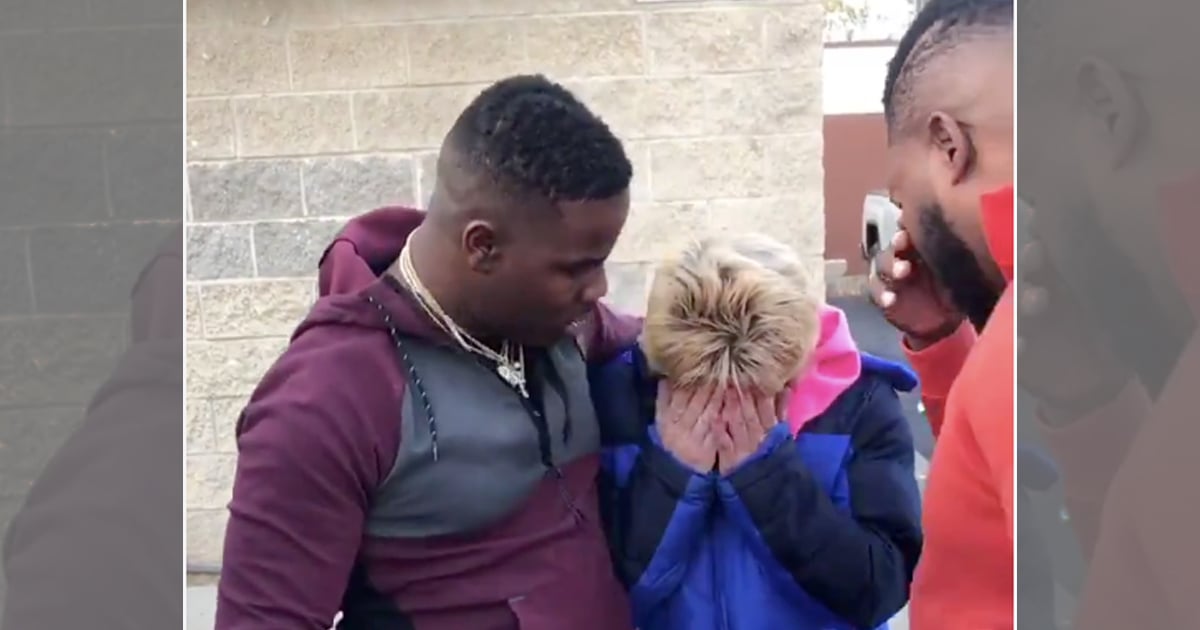 The brothers offer her encouragement as they hand her the money. "We got love for you. That's for you." "We've gotta take care of each other"

The men continue to be just as overwhelmed at the woman's response as she is to their loving gesture. The entire video they are seen wiping tears from their own eyes as they try to lift her up in what is clearly a hard time.

"God bless you! How do I repay you?" the woman exclaims. Davis' brother responds "Pay it forward."

"There's so much negativity in the news these days. Here's a much-needed reminder that people are good and that we can all live together with love and respect." the original poster, Simran Jeet Singh posted to social media.

As a frequent poster to social media, the comedian is often filmed. While we hope this wasn't filmed to further his own popularity, we are truly overjoyed to be able to view this touching moment and take time to pray for the woman in the video!

YOU MAY ALSO LIKE: Good Samaritan Pays For Stranger At Gas Station, Then Leaves Note