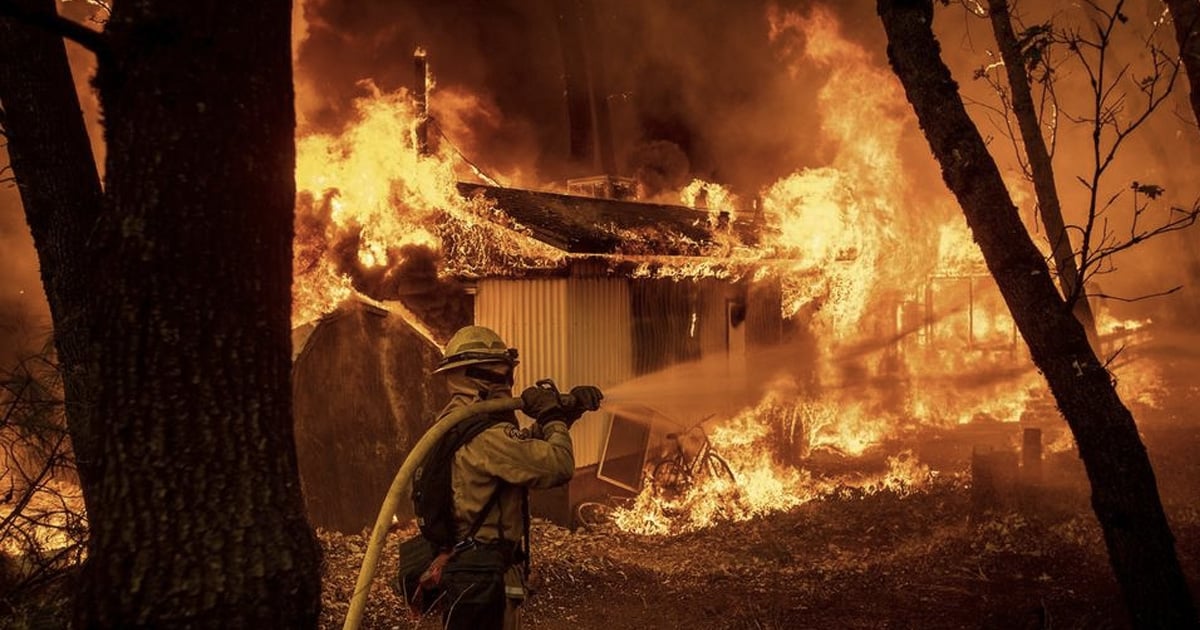 Divine intervention brought Kelly Carter and Police Detective Roger Shearin together, for sure. And just in time, too, so this brave officer could save the woman trapped in a sinking car.

Kelly Carter of Nash County, North Carolina, was heading home from a job interview one rainy day when things got bad, fast. Her vehicle hydroplaned on a back road and crashed into a pond.

“I don’t remember a whole lot. It all happened so fast,” she said of the accident.

Kelly may not remember much from the crash, but she certainly remembers the danger she was in.

Before Kelly could get out of the car, water started pouring in. The frantic woman trapped in a sinking car with no escape tried calling 911. But her cell phone was already waterlogged and the operator was having trouble hearing her.

“The 911 operator thought I was a child, and I realized I wasn’t getting through, and I wasn’t going to get any help, so I really started to panic,” Kelly recalled.

It was going to take a miracle to get Kelly out of the car in time. And that’s just what happened! 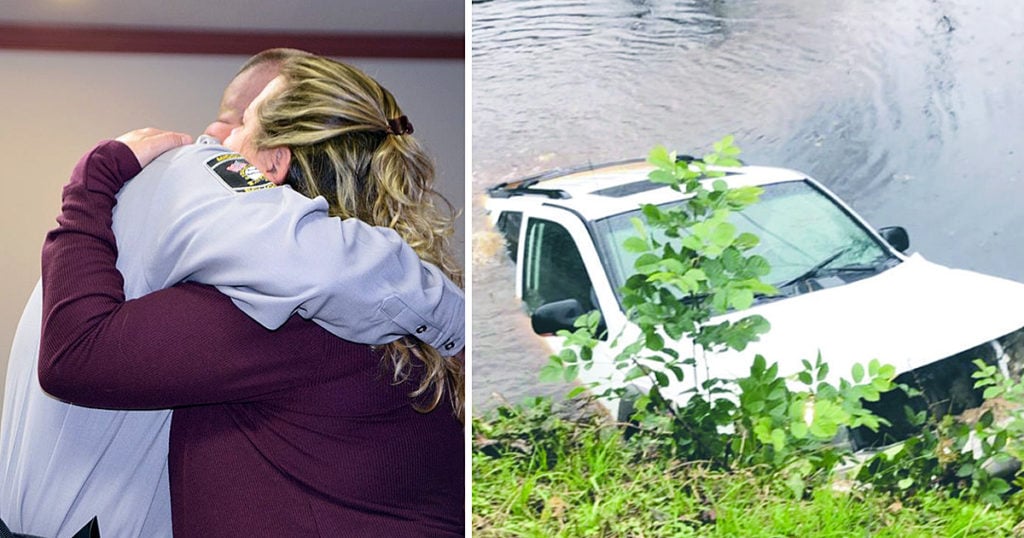 Police officer Roger Shearin usually works an earlier day shift. Any other day, he’d have been off duty by the time Kelly Carter’s car went into the pond. But on that particular day, he’d been asked to work a different shift.

“Detective Shearin’s hours are earlier in the day, and on Monday only, the only day that I’ve ever told Detective Shearin not to come in at his normal time, I asked him to come in at 4 o’clock, and work from 4 to 8, because we had a board meeting,” Middlesex Police Chief Mike Collins said.

As it turns out, the shift change was divine intervention at work!

Detective Roger Shearin was on his way to work when he came upon the scene of Kelly’s accident. By this point, Kelly was barely keeping her head above water and she thought for sure she’d drown.

“Then Officer Shearin appeared over top of the edge of the creek, and all I can tell you is I was really happy to see him,” Kelly recalled.

The brave officer wasted no time. Detective Roger Shearin dove into the water and went to work trying to free Kelly.

“I saw his wedding band and I thought to myself that this man is going to drown trying to save me," Kelly recalled.

Detective Shearin stood on the roof of Kelly’s car and eventually managed to pry open the passenger-side door. He then pulled the woman trapped in a sinking car safely to the shore.

“If he had not been there, I would be gone, I would have drowned in that car," Kelly says.

Officer’s Amazing Rescue Is A Miracle

Kelly Carter is alive and well after the harrowing ordeal. And for that, she thanks God and the angel He sent to save her.

The humble officer tried to keep a big deal from being made of his rescue.

“What I did was a simple human gesture," said Detective Roger Shearin. “I did what anyone else in this room would have done and I give the credit to my Lord and Savior Jesus Christ because He is who got us through this."

But as Kelly shared the details of the rescue with the Police Chief, it revealed just how brave the officer was.

“She just broke down in tears sobbing, and we had no idea it had been that close because Roger (Shearin) had not made it out to be anything major," Collins said. “He saved her life, she was nearly completely under the water."

Officer Honored Gives All The Credit To God

As news of Detective Roger Shearin’s courageous deed got out, more and more hailed him as a hero. As a display of appreciation, the Police Chief honored him with the Award of Valor.

But of course, the humble man refused to accept the credit.

“He said that he works for the Lord. The Lord definitely put him in the place where he needed to be,” Kelly Carter said.

Indeed, you can’t hear the story without seeing God’s hand at work.

“Shearin never travels that road at that time; never," said Police Chief Mike Collins. “I asked him to be there which altered his shift starting time for that one day, and he happen[ed] to be right there when she needed him."

“It gave me chills when I heard he was not even supposed to going by at that time,” Kelly said. “He was definitely my angel that day."

A lot of things went wrong leading up to Kelly’s accident. But God promises to bring good out of things intended for harm. And crossing Detective Shearin with Kelly Carter’s path is a prime example!

“Just reiterates the fact that he was definitely my angel that day. Very fortunate that he was there,” Kelly said. “Not everybody would have stopped. A lot of people would have assumed that it’d already been taken care of, because you really couldn’t see me in the vehicle unless you walked to the edge of the embankment.”

What a mighty God we serve!