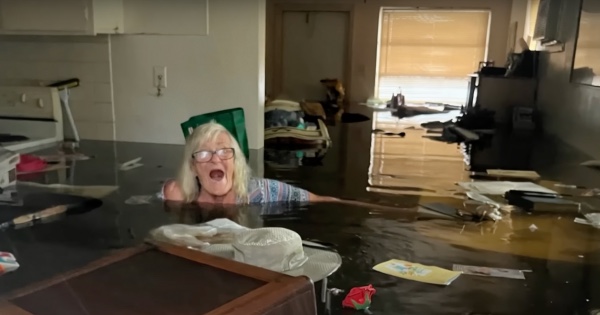 One wrestler saved his friend from a grizzly bear attack, and the fact that they both survived is a miracle!

Kendall Cummings and Brady Lowry are wrestling teammates at Northwest College, and the two friends experienced something horrific together recently. The guys were attacked by a grizzly bear and barely made it out alive.

Kendall and Brady have a good amount of experience hiking in the backcountry. So on this recent hiking trip, they each brought along bear spray and a firearm. But as they were traveling down the mountain, a bear emerged without warning, charging Brady before he could engage his bear spray.

That's when Kendall jumped into action to save his friend! He tried yelling and throwing objects at the bear, and when that didn't work, he tried to physically pull the grizzly off of Brady.

"I grabbed and yanked him hard by the ear," said Kendall.

That's when the bear started to viciously attack Kendall. "I could hear when his teeth would hit my skull, I could feel when he'd bite down on my bones and they'd kind of crunch," he said.

And when the bear left, Kendall's first instinct was to check on his friend, despite his injuries.

"I called out to Brady to make sure he was alright and I think the bear heard me," Kendall said. "It kind of circled around and got me again."

Once the grizzly stopped his attack, Kendall laid still for a bit to make sure the bear wouldn't come back and get him a third time.

"I've never experienced anything like this," said Brady. "My adrenaline was rushing so much, I really didn't feel anything."

After the attack, the bloodied friends began their long trek down the mountain, back to the trailhead where they started the hike.

When reflecting on the scary event, Brady is so thankful for how his friend stepped in to save him.

"I can't even express how grateful I am for him," Brady said. "I don't know what I'm going to pay him back, I don't. I owe him everything."

May God help these two men heal quickly, and may their friendship always remain strong.