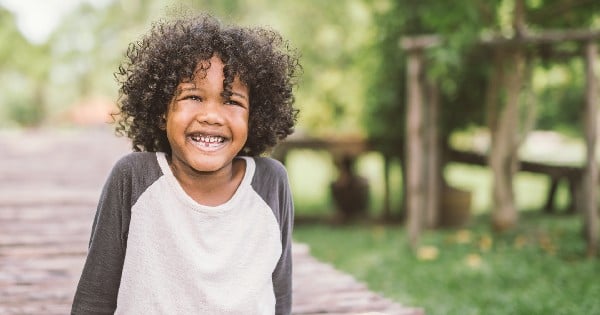 What This Boy Said In Target Shocked This Mom. But What Happened Next Gave Me Such HOPE!
Read Article »

What this 90-year-old woman, Gogo, is doing just knocked my socks off.

Gogo put on a school uniform, and she went back to school. . . elementary school!

She could possibly be the oldest elementary student in the world, and her reasons are just as precious. She never had the chance to learn to read or write but is doing it now!

She attends school with 6 of her great-great-grandchildren and her motivation is equally heartwarming.

“I’d like to be able to read the Bible and I want to inspire children to get an education.”

Gogo’s school days are just as long as the other students and she even looks like them–well sort of, I mean, she wears the uniform just like they do.

She’s studying math, English, dance, PE, and singing. She even lives on campus in a dorm with one of her great-great-grandchildren!

“Gogo has been a blessing to this school, she has been a motivator to all the pupils,” David Kinyanjui, the school’s principal, said. “She is loved by every pupil, they all want to learn and play with her.”

The 90-year-old, who served as a midwife in her village for several decades, never had the chance to go to school when she was younger, and she wants her story to spur others to take another chance at getting an education.

“Too many older children are not in school. They even have children themselves. They tell me they are too old,” she said. “I tell them, ‘Well I am at school and so should you.”

What an inspiration Gogo is! After she spent her life helping new moms bring their babies into this world, she’s now inspiring a whole new generation. What a blessing that she is led by her desire to help others and know our Lord rather than be overcome by fears.