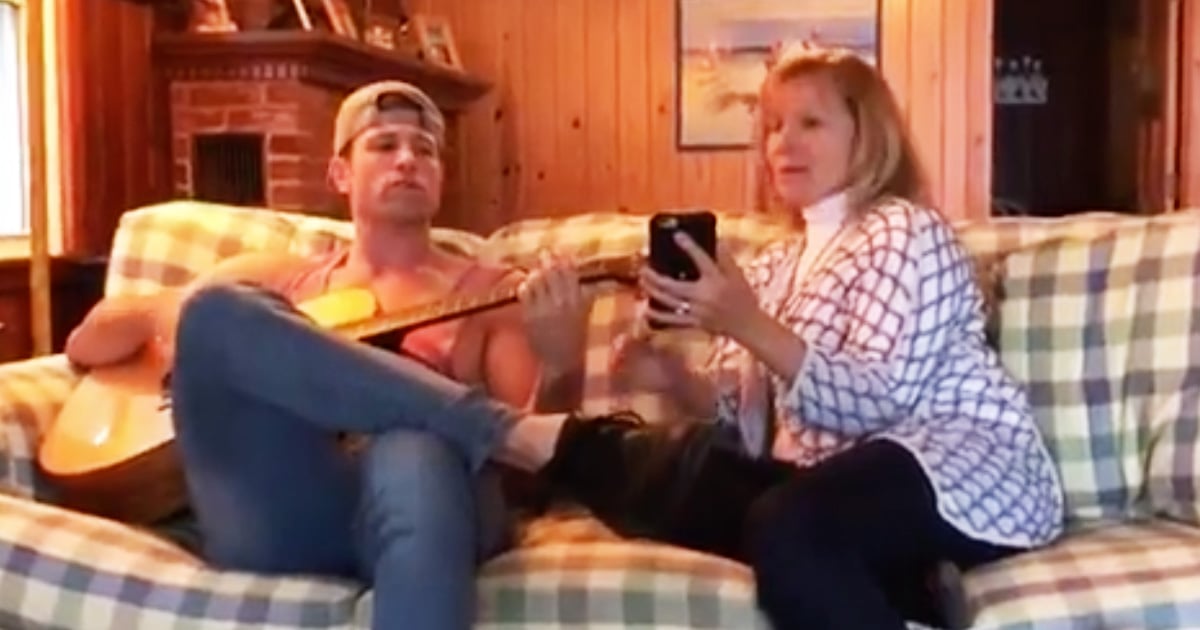 Ellen Goebel and her young son Lennox lived next door to Bogart and his human in Nashville, Tennessee. Bogart and Lennox became the best of friends and were practically inseparable. Lennox has a dog of his own, but something in him was especially drawn to Bogart and the two share a truly powerful bond. One day, Bogart’s human, who is a musician, found out she was going to get to go on tour for a year and she knew she had to do something with Bogart. So, she sent him to live with her mom in California while she was on tour. Lennox was heartbroken.

For a whole year, Lennox had a Bogart-shaped hole in his heart. So when Bogart’s human came back from touring and picked up Bogart she knew that Lennox would be thrilled to see his best buddy. She got together with Lennox’s mom Ellen, and the two planned a surprise. Ellen would lead Lennox into the neighbor’s backyard where Bogart would be waiting ready for the reunion. 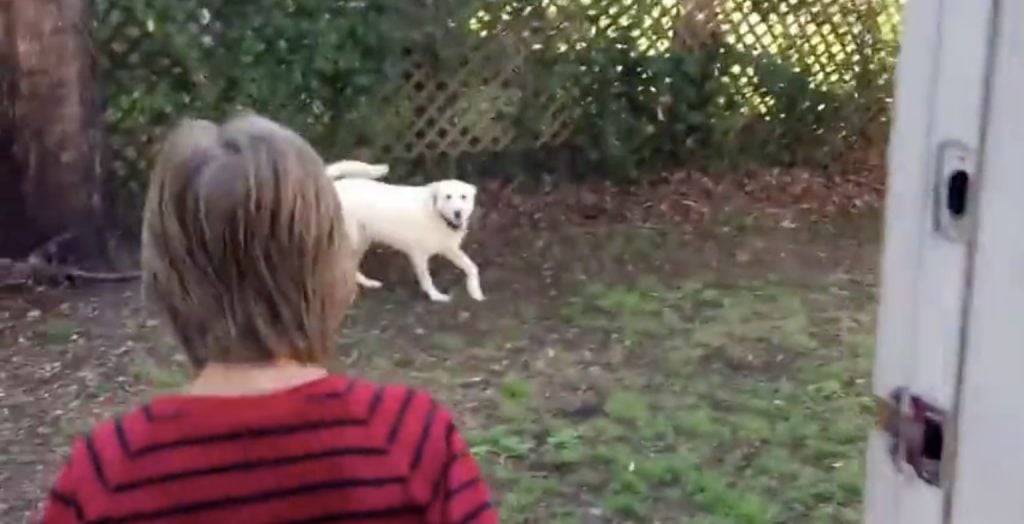 When Lennox saw Bogart his joy was uncontainable. Lennox burst into tears and could not wait to hug the dog he had missed so very much. At first, Bogart greets the boy like any visitor, but then recognizes him and starts whining and rolling over with joy! 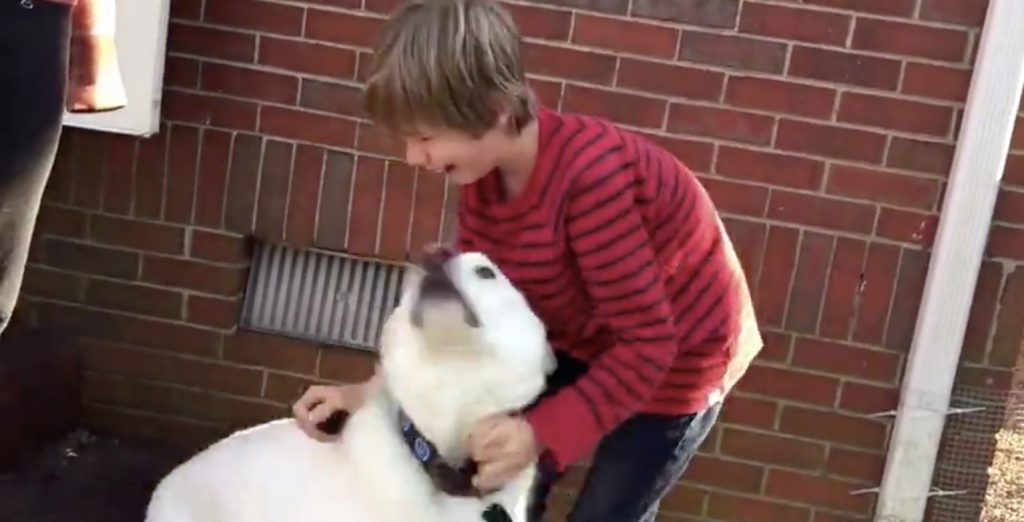 Watch as these two reunite. And get ready to feel your heart swell as you see the love between a boy and his dog. What a beautiful moment!