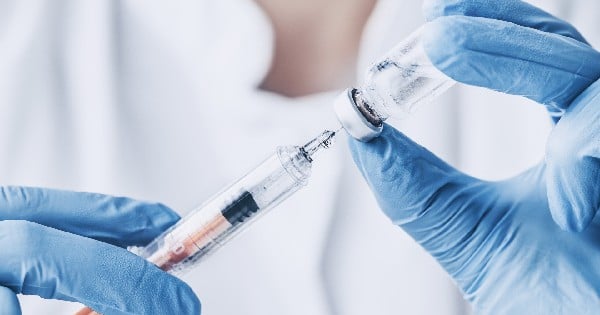 Parents Risk Killing Their Children So They Don’t Get THIS!? What 1 Woman Said Is Heart-Wrenching.
Read Article »

Leland Melvin, born and raised in Virginia, had two loves…football and chemistry. After a very successful college football career at University of Richmond, he dreamed of playing for the Cowboys. But an injury changed everything. By 1989, Melvin (now 51) began his career working for NASA in Langley’s Research Center. And from there was selected in the astronaut program in June 1998. And the rest, as they say, is history.

Melvin’s NASA official astronaut portrait became an huge sensation after he managed to sneak his two dogs, Jake and Scout, into the frame. Call it one small step for man, one giant leap for canine kind.

Melvin flew two missions on the Space Shuttle Atlantis in 2008 and 2009. He logged almost 10 million miles in space, with 374 orbits around the earth. But Melvin’s astronaut career came to a sudden halt when he went deaf during a training exercise that required him to perform spacewalks under 25 feet of water.

Jeremiah 29:11 reminds us that God “has a plan and a purpose for our lives…”

The one-time NFL draft pick, pictured here with Elmo at NASA’s Kennedy Space Center, also became the head of NASA Education after he was medically disqualified from returning to space.

Although emergency surgery resulted in partial recovery of his hearing, he was medically disqualified from flying into space. But just like with his NFL career, the roadblock didn’t stop Melvin.

The engineer is now the head of NASA Education and is the co-chair of a White House Education Task Force to help develop the nation’s science, technology, engineering and mathematics (STEM) education plan.

And as co-manager of NASA’s Educator Astronaut Program, Melvin has traveled to schools across the country to promote STEM subjects to students and teachers.

Melvin is also the host of Child Genius, a show that follows some of the most gifted children in America as they prepare for a national intelligence competition.

Melvin, now the educator, pictured here visiting schoolchildren, is also the host of Child Genius, a show that follows some of the country’s most gifted students as they prepare for a national intelligence competition.

May God continue to bless Melvin as he continues to use his gifts, talents and passions with generations to come.