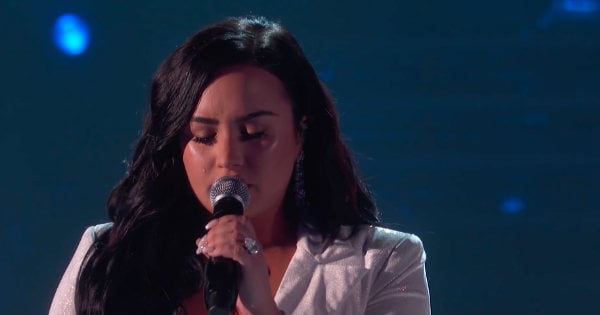 Demi Lovato Recovery: Singer Opens Up About How A Growing Relationship With God Has Helped
Read Article »

On the show "Restored With Missy Robertson," Miss Kay from Duck Dynasty shares the emotional story of her husband, Phil Robertson, finding Jesus and how it changed everything for him and their family. (If you’d prefer to listen to the audio version of this story, scroll to the end of this article to find the podcast version below!)

After 11 seasons of their show "Duck Dynasty" airing on TV, the Robertsons have become a household name. The lighthearted and fun show highlighted the importance of faith to this family. But Miss Kay and Phil Robertson have not shied away from talking about the struggles they faced in the early years of their marriage.

Miss Kay said that things started to go downhill in their marriage where Phil went off to college.

“That was the beginning of the downfall of Phil,” she said. “When the devil moved in and he started changing.” Miss Kay got pregnant, Phil wouldn't go to church with her, his alcohol abuse increased, and infidelity eventually came into play.

“I had to know that he was unfaithful, because I wasn’t that stupid,” Miss Kay said. And although she did say she had justification for getting out of the marriage, she chose to stay and fight. “I had an out. I didn’t want an out.”

Eventually, Miss Kay and Phil had three sons in their young family: Jase, Wille, and Jep. Throughout this time, Phil kept abusing alcohol and it greatly affected the family in a negative way. And even when Mis Kay became a Christian, the family situation just went further downhill.

“He said, ‘I can’t stand it. Now you’re a holy roller?'” Miss Kay recalled when Phil disliked her recent embrace of faith. She also mentioned that he would tell her, “You’re ruining my life.”

By this point in time, Miss Kay knew that she had to leave in order to keep her kids safe. She found an apartment and her and the boys lived apart from Phil for three months. That's when the story finally starts to turn around.

“I can’t do this anymore. I can’t live without my family,” said Phil to Miss Kay after showing up at her workplace one day. “I miss you all. I’m going to quit drinking.” And since Phil had promised to quit drinking before with no success, Miss Kay was skeptical.

Miss Kay From Duck Dynasty See A Change In Her Husband

But Phil began meeting with a pastor and she saw that this time was different. She saw her husband truly start seeking God and finding out what it means to trust in Him. Miss Kay goes on to share about when Phil accepted Jesus into his life and how it changed everything for their family.

“When [the boys and I] walked in the back of the church, [Phil] was up front and my boys were just standing there,” explains Miss Kay. “As we walked in, he said, ‘I want Jesus to be the Lord of my life. I want to repent of all the bad stuff,’ and he said, ‘And I want you to baptize me.'”

Miss Kay said it affected her and her boys deeply. “I looked at all the boys with just little tears … Jason’s comment was, ‘Mama, is the devil out of daddy now?'” Miss Kay shares. “I said, ‘Yup, Jesus Christ is in your dad. And so that is the story of us.'”

YOU MAY ALSO LIKE: Demi Lovato Opens Up About How A Growing Relationship With God Has Helped Her Recovery

What a powerful story of Jesus changing lives! May the Robertsons continue to use their platform to praise God and give Him all the glory!