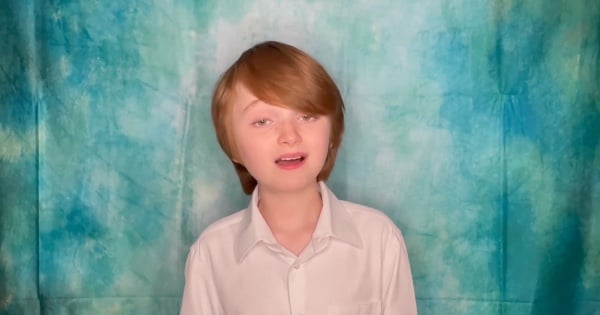 The NFL Players Choir members audition for America’s Got Talent with ‘Lean On Me’ and score a touchdown with their awesome performance.

At the start of the video, we see an interview with the team. We hear the various teams that these young men have played for in pro football. There is a full range of teams.

RELATED: 26-Year-Old NFL Star Walked Away From Millions So He Could Dedicate His Life To Jesus

One of the NFL Players Choir members shares that they love playing football, however, they each have a childlike dream to sing on a big stage. They call themselves the Players Choir. They joke that they were rivals and now they are teammates.

When sharing their story, one choir member shares that in 2004 they participated in the "Celebration of Gospel," which happens at every Superbowl.

He credited that Patti LaBelle asked them to sing and it revealed that they had talent. They now go sing as a choir for St. Jude and the American Cancer Society. They desire to spread light and joy.

As the team gets into position, they begin the song and the team is soulful and excitedly dances while they sing. They have fantastic runs and harmonies. The NFL Players Choir members do an incredible performance which gets a positive response from the crowd.

The audience cheers when they are finished. Then, they are asked to sing the chorus again acapella. Removing the soundtrack made this group shine even more. The judges stand in ovation.

They rave about how they are using their platform for charity, they are good singers, and their energy and story are amazing. This story of teamwork and the foundation of gospel music makes this group all the more exciting to watch.

YOU MAY ALSO LIKE: NFL Football Player Gets Baptized Surrounded By His Teammates

They are giving their all, just like we are called to give our best to the glory of God.

“Commit your work to the Lord, and your plans will be established.” Proverbs 6:3

WATCH: NFL Players Choir Members With ‘Lean On Me’ On AGT