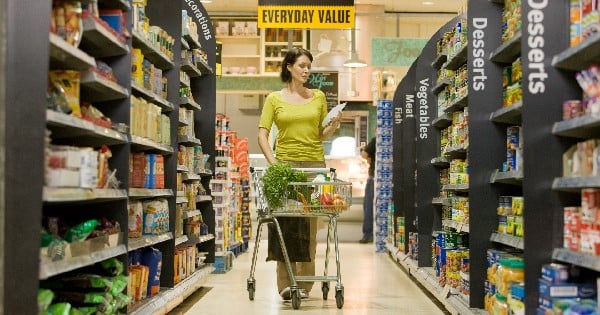 You Will Never Judge A Book By Its Cover Again! Wait ‘Til You Hear This Woman’s Secret In The Grocery Aisle.
Read Article »

Life lesson on and off the football field.

Ever have a conversation with a child or student and their maturity and wisdom just makes you drop your jaw?

Well, this young man did just that when speaking to his mother and a researcher in discussing his life with autism.

He was being interviewed and asked to share his thoughts and / or feelings about living with autism. Friends? Family? School? Sports?

Look at this picture. Does anything look odd to you?

Possibly not until you recognize that #39 spends 90 percent of his time not in the group. #39 is my son, Tucker.

This is through no fault of his coaches or teammates. It’s just how he is rarely a part of the group.

In fifth grade, a researcher at a local university interviewed Tucker. The researcher, who was studying children with high-functioning autism, contacted me to see if I thought Tucker would be a good candidate. I replied with an emphatic ‘yes.’ Tucker is his own best advocate; he’s an advocate for other children on the spectrum.

Since he’s a minor, I stayed for the interview. What a phenomenal experience to hear your child accurately describe his difficulty with peer relationships is amazing and heartbreaking.

The researcher began by getting to know Tucker. About 15 minutes in he began asking the questions. Â (R=Researcher, T=Tucker)

R: Do you know other children with austim?

T: Oh sure. A few kids at my school. But we’re all different. Do you know about the spectrum?

R: Yes, I know about the spectrum. So, are you friends with them?

T: Kind of. Sort of. I mean, I guess so. Not really. I know who they are, but they wouldn’t be overnight friends.

R: OK. How about other kids at your school? You’re really funny and seem like an awesome kid; I bet you have lots of friends.

R: Really? I’m sorry, Tucker; that surprises me. I thought you would have lots of friends. I’m really sorry that you feel you don’t have friends.

T: Oh, I have friends. Lots of them. My mom’s friends. The people that she works with really like me. Then I have my dad’s friends; I have all kinds of grownup friends. My teachers are my friends too," and my coaches â€" Coach Velky, Coach Chaplin, Coach Staack, Coach Snyder, Coach Eckenrod, Coach Leonard. They are my friends. And Lisa from Kwik Star" she’s my friend. She always makes me smile and always talks to me. It’s OK though. Really. The kids make fun of me behind my back when they think I can’t really hear them. I can tell they don’t really want to be my friend. They don’t choose to sit by me. They don’t include me in their parties. They don’t take the time to try to understand. So, I decided to just be friends with grownups. Really it’s a lot easier. I know they will take the time to try to understand me. They will be kind to me. They will not make me feel sad. So, I just choose to be friends with grownups.

The researcher just looked at me and I just stared at Tucker with tears in my eyes.

When we got home, he went to play Xbox and I went into the bathroom and cried.

I didn’t cry because he has difficulty with peer relationships. I knew this would be a factor" I was anticipating that difficulty. I know he has several boys who are friends" while he may not be on birthday party lists" they would never allow someone to be mean to him.

So, that picture above? It used to bother me" but it doesn’t anymore.

I’ve realized that if it doesn’t bother Tucker, then it cannot bother me.

Tucker has taught me so much about what it is important in life.

Being with those who want to be with us¦ not worrying about those that don’t.

For another heartwarming story, go here!