When we think of strong women from the Bible, most people immediately think of ladies like Mary, Esther, Ruth and so on. But Crosswalk’s Kate Edwards highlights some lesser known females from the Bible who’s strength far exceeded expectations.

Immediately we can think of women like Mary, Eve, Sarah, Miriam, Esther, Ruth, Naomi, Deborah, and Mary Magdalene. But there are others that have only a small appearance in the Bible, some as few as one verse.

While plenty of women in the bible were strong, capable women, these ladies didn't sit around waiting for someone else to get the job done. They feared God and lived faithfully. They did what they needed to do.

God empowered all women to be strong and follow his call, and he used the actions of these women to inspire and teach us years later through the biblical text. And these ordinary women are great examples of strength.

Here are 10 strong women from the Bible you don’t hear about as much: 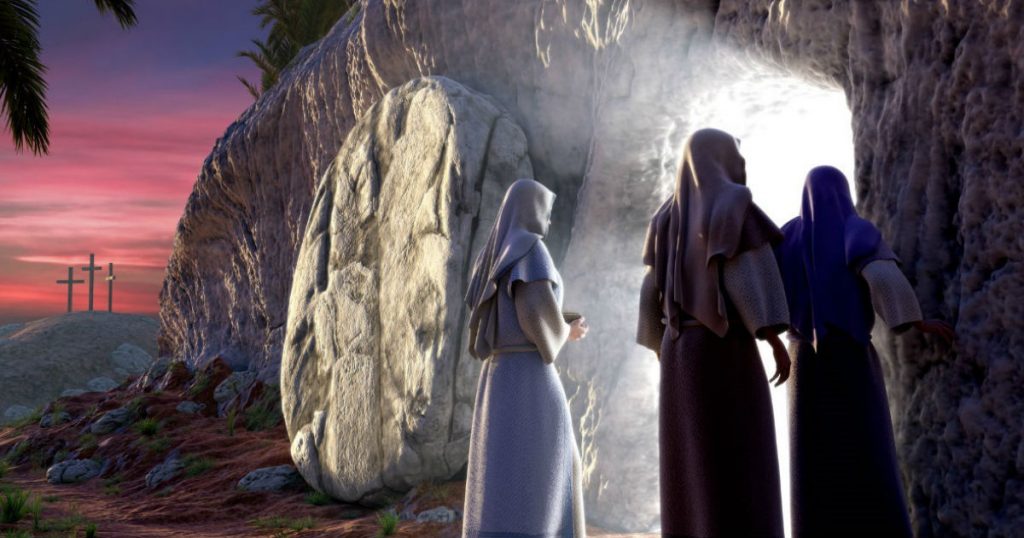 The King of Egypt commanded the two Hebrew midwives, Shiphrah and Puah, to kill all the Hebrew boys when they were born. In Exodus 1 we read that the midwives feared God and did not do what the King commanded them to do. Instead they lied and said the babies were born before they arrived. This early act of civil disobedience saved many children's lives. These women are great examples of how we can resist an evil regime.

How they exceeded expectations: These women feared God more than the unnamed Pharaoh in Exodus who could have easily had them killed. They understood sanctity of life, and they knew what they did in God's eyes mattered most. These women were up against a hard choice, follow this new Pharaoh or reap the consequences. They would have been expected to cave in to Pharaoh's command to secure their own safety, but they held strong to what they believed and refused to kill the Hebrew children.

Tamar was left childless and dependent on the hospitality of her father-in-law, Judah, but he abandoned his responsibility to provide her a son to continue the family line. He agreed to have his youngest son marry her, but he never kept his promise. So Tamar dressed as a prostitute, slept with her father-in-law (he did not recognize her), and conceived a son by him.

It sounds strange to us today, but in that culture Tamar had more honor than Judah, because she did what needed to continue the family line-the line that lead to Jesus. Her story is found in the middle of Joseph's story in Genesis 38.

How she exceeded expectations: People would have expected Tamar to accept defeat, but instead she stood up for herself. Though it may seem like an odd way to do it, she earned the respect of her father-in-law and continued the family line. Upon realizing what had happened, Judah acknowledged his guilt in keeping his youngest son from Tamar. His acknowledgement not only justified Tamar's unconventional conduct, but it also marked a turning point in his own life. Tamar's son, Perez, is the ancestor of the royal line of David mentioned in Ruth 4:18-22. 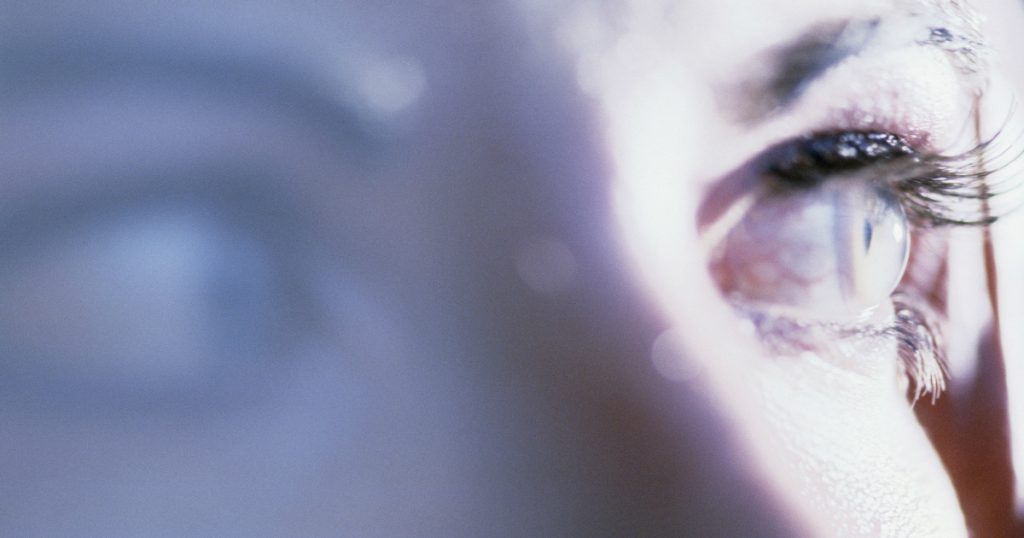 Rahab was a prostitute in Jericho. When two spies for the Israelites came to her house she kept them safe and let them stay overnight. When the King of Jericho ordered her to hand them over, she lied to him and said they had already left, but in reality she had hidden them on her roof.

How she exceeded expectations: The king of Jericho would not have expected a prostitute to outwit him and protect Israelite spies. Though Rahab did not have the most flattering profession, she was wise enough to recognize that the God of the Israelites was the only God! She rightly feared God and became an unlikely friend to the men taking over her city. Whatever you might think of prostitutes, this lady of the night saved the day! 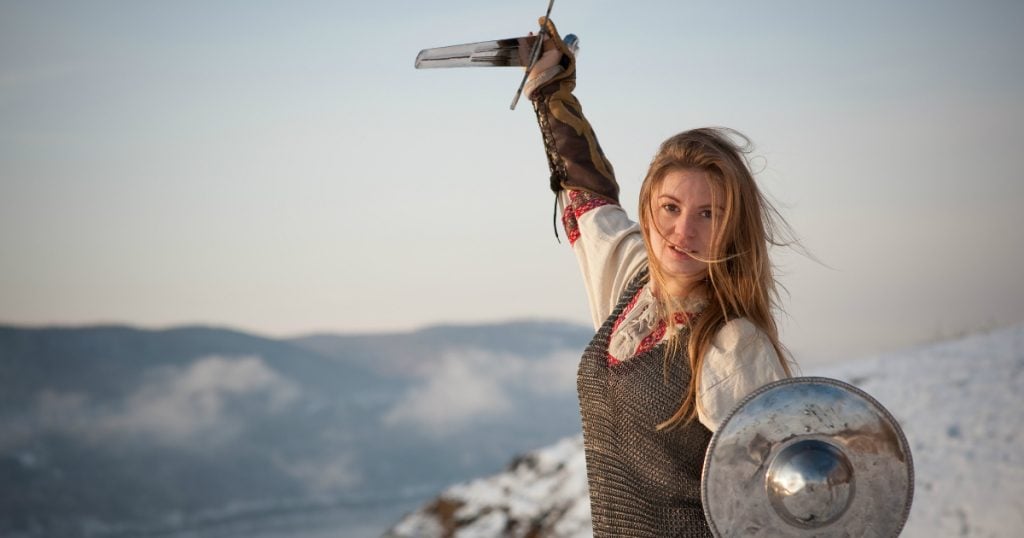 When the Queen Mother, Athaliah, discovered her son, King Ahaziah dead, she executed the entire royal family to secure her position as the Queen of Judah. But, the King's sister, Jehosheba, took her infant nephew, the prince Joash, to safety and he became the only survivor of the massacre. Seven years later her husband, Jehoiada, who was a priest, reinstated little Joashon the throne.

It was through Jehosheba's bravery in defying her aunt, that the royal line of David was preserved. Jehosheba is mentioned in 2 Kings 11:2-3 and 2 Chronicles 22, where her name is recorded as Jehoshabeath.

RELATED: 5 Big Lessons Women Can Learn From The Book Of Ruth

How she exceeded expectations: Athaliah was a woman on a mission, and she definitely didn't see this coming! Jehosheba risked her life to save prince Joash and his nurse. If caught she would have been killed for her good deed. Jehosheba shows us that bravery is not limited to one sex. Who would have thought a seemingly ordinary woman would save the royal line of David from extinction through an act of love.

*The sad part of this story is that later after the death of Jehoiada (and likely Jehosheba), King Joash remembered not their kindness and put their son, the prophet Zechariah, to death. 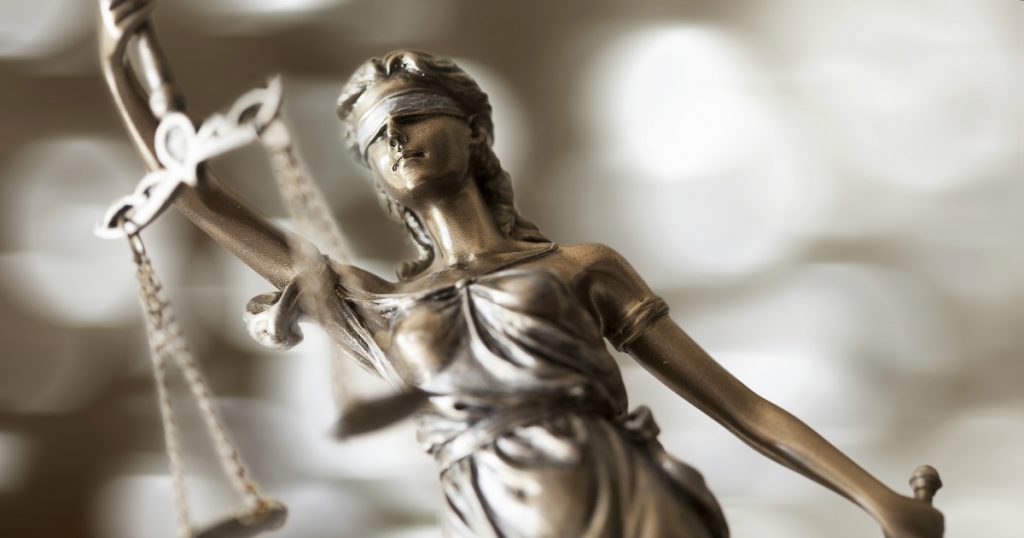 After the priest Hilkiah discovered a book of the Law during renovations at Solomon’s Temple, Huldah declared prophetically that the book they found was the authentic word of the Lord. She also prophesied destruction, as the people had not been following the instructions in the book. Yet, she ends with reassurance for King Josiah that he would not see the destruction because of his repentance.

Huldah was married yet also was a prophetess in her own right. She was used by God to declare that the writings found were authentic Scripture. You can find her mentioned in 2 Kings 22 and again in 2 Chronicles 34:22-28.

How she exceeded expectations: Huldah is the only female prophet in the book of Kings. When King Josiah had questions about the book of the Law that was found, his priest, secretary, and attendant went to see Huldah to clarify God's Word. They trusted that Huldah would prophesy the truth; it didn't matter that she was a prophetess. 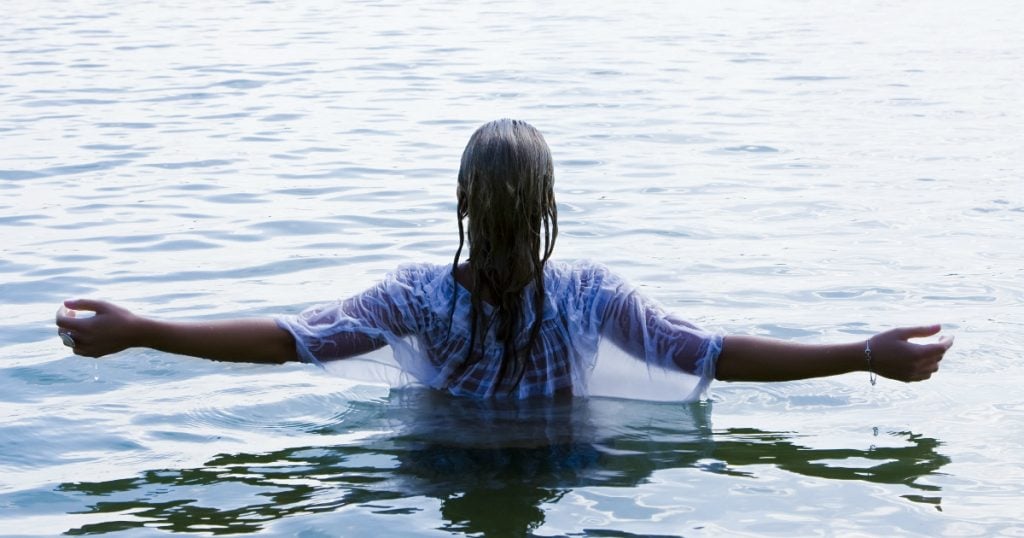 Lydia was one of the first converts to Christianity. In Acts 16:14-15, she is described as a worshiper of God and a businesswoman with a family. The Lord opened her heart, and she and her entire household were baptized. She then opened her house to Paul and his companions, offering hospitality to the missionaries.

"A certain woman named Lydia, a worshiper of God, was listening to us; she was from the city of Thyatira and a dealer in purple cloth. The Lord opened her heart to listen eagerly to what was said by Paul. When she and her household were baptized, she urged us, saying, "If you have judged me to be faithful to the Lord, come and stay at my home." And she prevailed upon us." (NRSV)

How she exceeded expectations: Lydia was part of a group that met for prayer by the river; they did not have a synagogue, as synagogues required at least 10 Jewish men. Being a seller of purple cloth, she would have been wealthy; yet, she humbled herself offering hospitality to others. Luke mentions Lydia by name, noting her importance in this record of history. 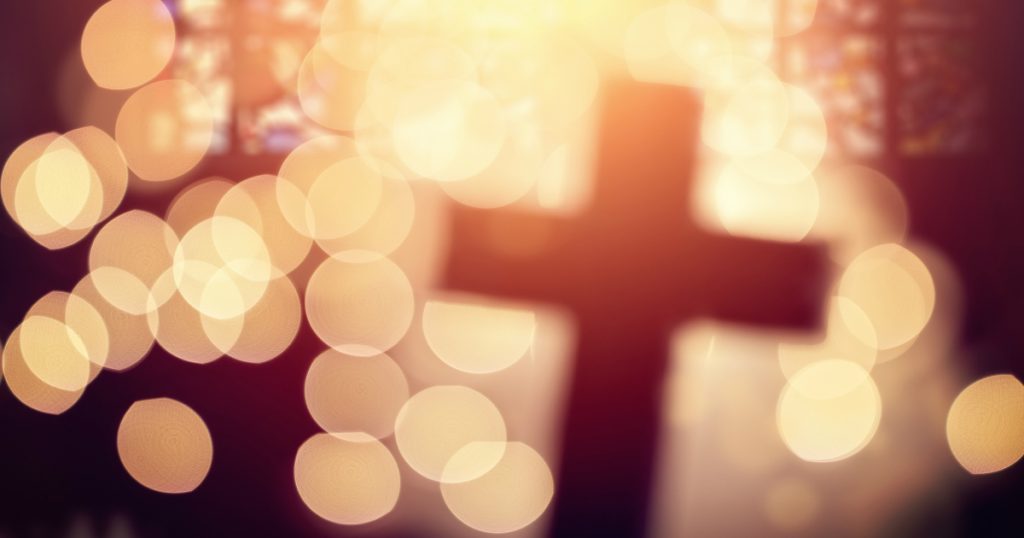 Priscilla, also known as Prisca, was a Jewish woman from Rome who converted to Christianity. Some may point out that she is always mentioned with her husband and never on her own. However, they are always shown as equals in Christ, and the two of them together are remembered as leaders of the early church.

In Romans 16:3-4 Paul says, "Greet Prisca and Aquila, who work with me in Christ Jesus, and who risked their necks for my life, to whom not only I give thanks, but also all the churches of the Gentiles." Pricilla and Aquila were tentmakers like Paul (Acts 18:3).

Luke also tells us in Acts 18 that when Apollos began to speak in Ephesus it was Priscilla and Aquila together who pulled him aside and explained the Way of God more accurately.

How she exceeded expectations: Priscilla is an example of how a husband and wife can have an equal partnership in their work for the Lord. She was noted of having equal importance to her husband, both to God and the early church. Here we see the early church respecting husbands and wives working together as useful teachers for the gospel. 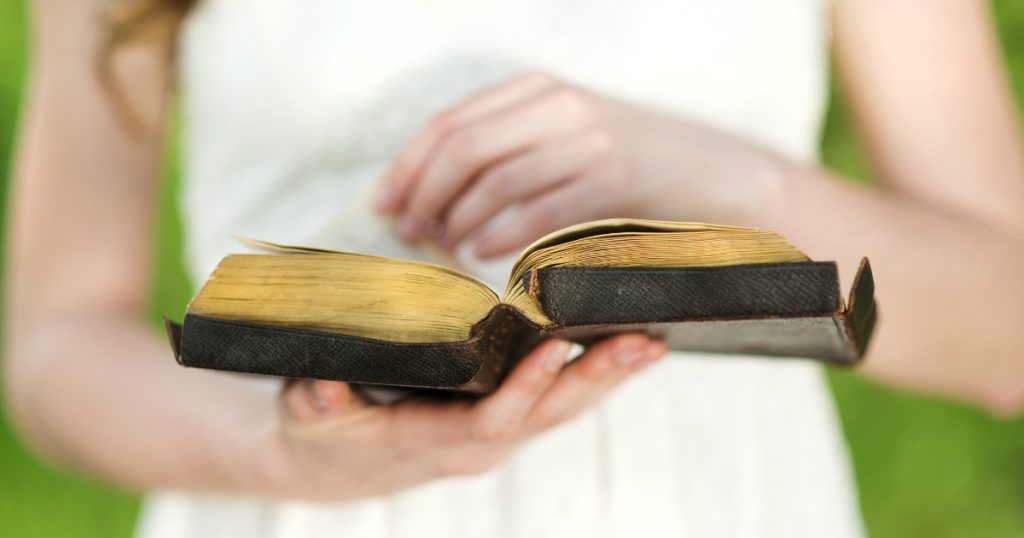 Phoebe was a deacon who served with the overseers/elders of the church. She supported Paul and many others in the work of the Lord. No mention is made of her husband, if she had one.

In Romans 16:1-2 Paul writes, "I commend to you our sister Phoebe, a deacon of the church at Cenchreae, so that you may welcome her in the Lord as is fitting for the saints, and help her in whatever she may require from you, for she has been a benefactor of many and of myself as well."

How she exceeded expectations: Women were not readily given leadership roles during this time, as women were not trusted the same as men in the culture. Her appointment as a servant/deacon shows the trust that was attributed to her by the early church leaders.

10. The Women Who Witnessed the Resurrection of Christ 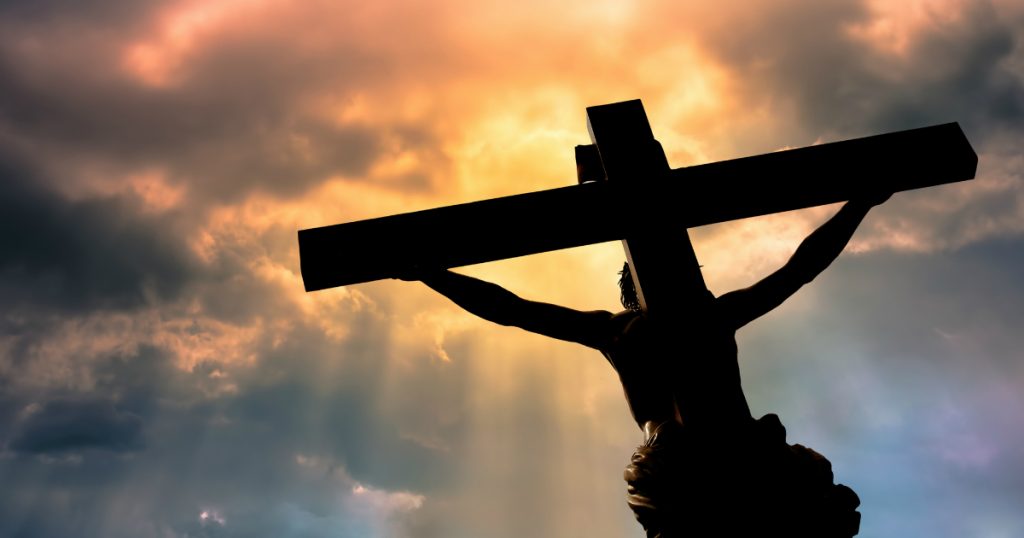 During the time of Christ, women were not allowed to be witnesses in the legal sense. Their testimony was not considered credible. Yet, it is women who are recorded in the gospels as the first to see the risen Christ and proclaim him to the rest of the disciples.

The accounts vary across the gospels, and while Mary Magdalene is the first to witness the risen Jesus in all four, the Gospels of Luke and Matthew include other women as witnesses too. Matthew 28:1 includes, "the other Mary," while Luke 24:10includes Joanna, Mary the mother of James, and the other women.

RELATED: 7 Interesting Facts About Mary Magdalene You May Not Know

How they exceeded expectations: These women were recorded in history as credible witnesses, in a time when men alone were considered trustworthy. This record has stumped many over the years who assumed the disciples of Jesus made up the resurrection account.

There are many strong women in the Bible who depended on God more than themselves. Some had to lie to save others, and others broke tradition to do the right thing. Their deeds, as guided by God, are recorded in the Bible for all to read and be inspired by.

Kate Edwards is a School Chaplain, Kid's Ministry Leader and aspiring Bible Scholar. Her special skills include playing Monopoly very quickly and attempting to make jokes about pineapples. You can find more information on her webiste: www.thenurturedword.com. 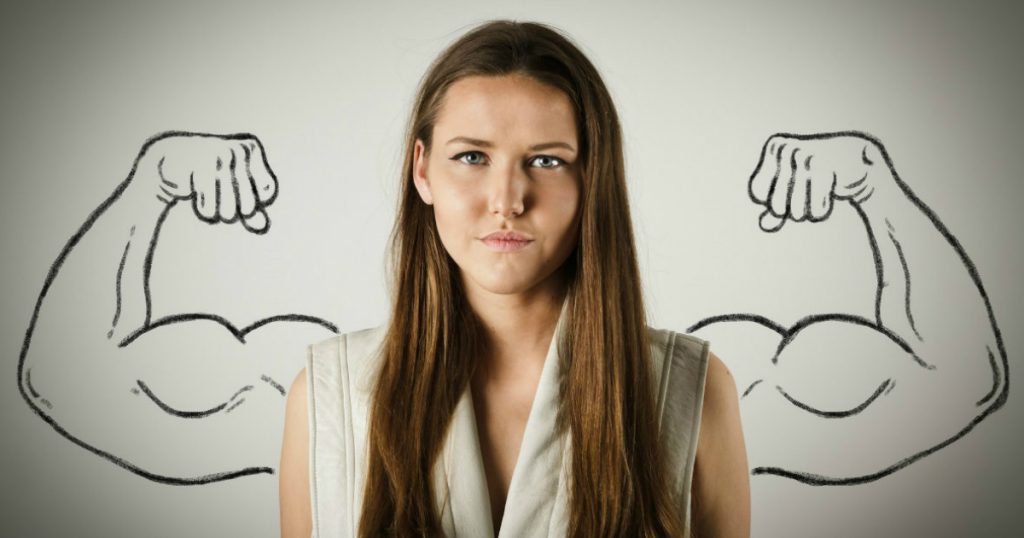