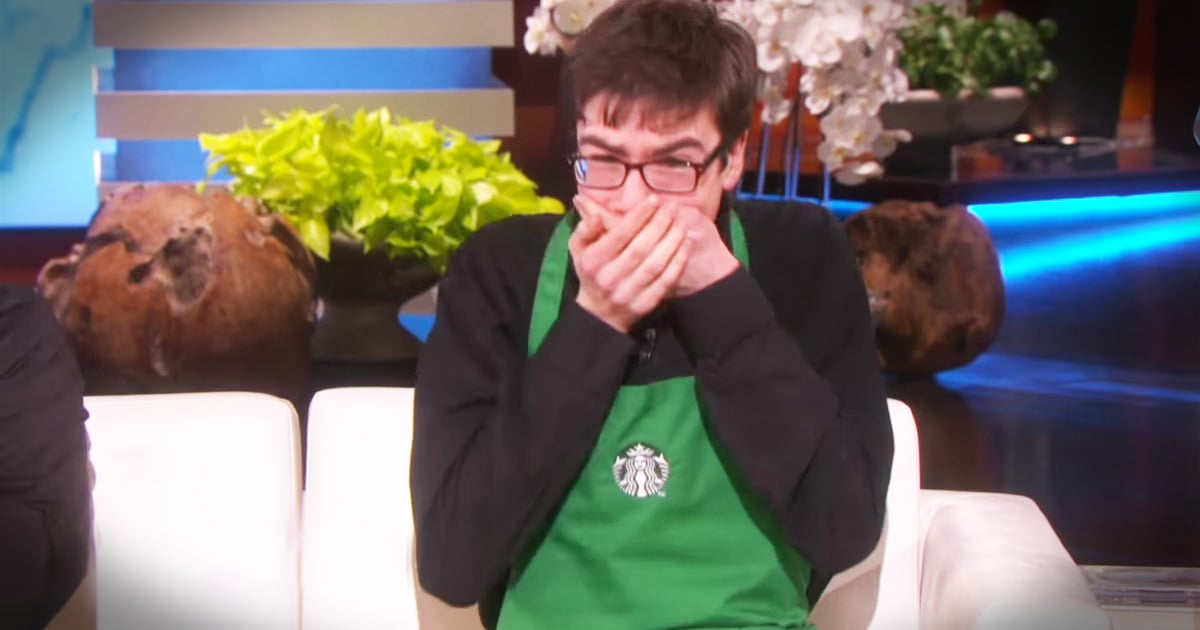 Usually when a bride and groom say their “I dos,” they are surrounded by friends and family. But in a wedding that was anything but typical — taking place 35,000 miles in the air — it was mostly strangers who filled the seats to watch Kristy Stratton and Jim Larsen tie the knot. But one familiar face simply beamed as the couple exchanged their vows — Kristy’s mom, Billy Jo, who is battling stage 4 lung cancer. And the ceremony checked off the top item on her bucket list! 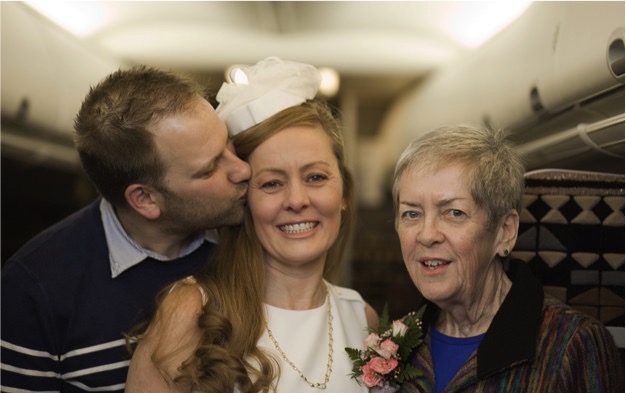 Kristy has always loved to travel — a passion passed on to her by her well-traveled mother. So, it’s not surprising that she became a flight attendant for Alaska Airlines. In fact, she was on a layover traveling from Los Angeles to Seattle when she met the love of her life, Jim. The two got engaged several years ago, but had been enjoying a long engagement, taking their time to plan the big day.

All of that changed after Billy Jo’s cancer diagnosis.

It’s not uncommon for folks to make a bucket list when faced with their impending mortality. Billy Jo’s list of requests was simple. Before leaving this world, she wished to visit where her daughter lived in Seattle, to fly on Alaska Airlines with her daughter, and, most importantly, to see her daughter marry the love of her life. 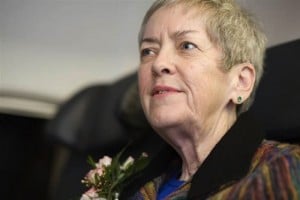 Kristy says that Billy Jo has been bravely fighting this terrible disease and actually seeing improvement. So, when her mom’s doctors granted an 11-day clearance to fly so that she could visit her daughter in Seattle, Jim and Kristy knew it was time to start ticking some things off of her bucket list.

There wasn’t much time for planning, and at first Kristy was struggling to figure out where to have the wedding.

“Then while I was driving home from a redeye, it hit me - maybe Alaska will let us get married on the plane. That LA-Seattle route has a lot of meaning for us, so it seemed like the perfect way to do it," she said.

And so, Kristy and Jim set out to plan their beautifully unconventional wedding! 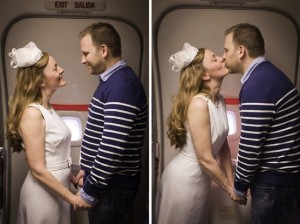 The airline granted permission for the mid-flight nuptials and Kristy used airline rewards that she’d racked up to score seats for herself, her husband, her mother, their pastor, and her best friend. As for the rest of the passengers on the fully-booked flight from Los Angeles to Seattle, the impromptu wedding was a complete surprise.

RELATED: This bride thought her dad was too ill to come to her wedding

And as if a wedding at 35,000 wasn’t unique enough, the creative bride had a few other tricks up her sleeve for the momentous occasion!

In addition to their wedding rings, Kristy had customized Alaska Airlines wings made to exchange during the ceremony. She even found a section of map featuring an airport called Larsen — her future last name — to put in the center of her husband's wings. 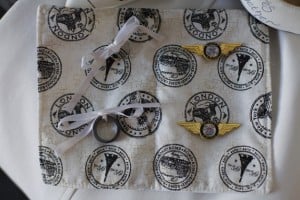 Every gal knows the importance of the perfect pair of shoes, and Kristy was no different. She painted a pair of heels to resemble the airline’s aircraft, including the custom code "LS21916," standing for their initials and wedding date. She topped it all off with a hat she made herself.

About an hour into the flight, the crew passed out bubbles, chocolate roses and candy sweethearts - the first candy Kristy had ever received from her own sweetheart. After that, the loudspeaker came on and the flight attendants kicked off the ceremony by giving a bit of background on the couple. And then, in front of God, a plane full of strangers and a radiant Billy Jo, two hearts became one. 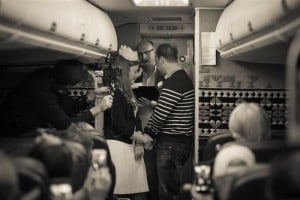 “I was really touched and overwhelmed by the amount of love and joy flooding through the cabin,” Kristy said. “Not only did they make the day even more special for me, but for my mom as well.”

A wedding reception for friends and family was held the following day, and the newlyweds spent the next few days showing Billy Jo the sights. They plan to honeymoon later in Iceland, but are just so glad for the joy the special experience brought to the guest of honor.

“My mom has been smiling for weeks - I love it,” Kristy said. “The wedding really lifted up her spirits and she even got to spend time with us in Seattle after, too.”

Congratulations to Mr. and Mrs. Larsen! We pray they will be blessed with a lifetime of love and happiness. And we especially lift up Billy Jo, praying that God will bring a healing. 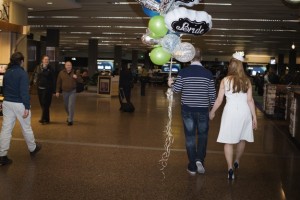 Watch as the couple says “I do” in the touching video below!

“But from the beginning of the creation, God made them male and female. For this cause a man will leave his father and mother, and will join to his wife, and the two will become one flesh, so that they are no longer two, but one flesh. What therefore God has joined together, let no man separate.” Mark 10:6-9

Watch as this groom gets an incredible surprise moments before the wedding! 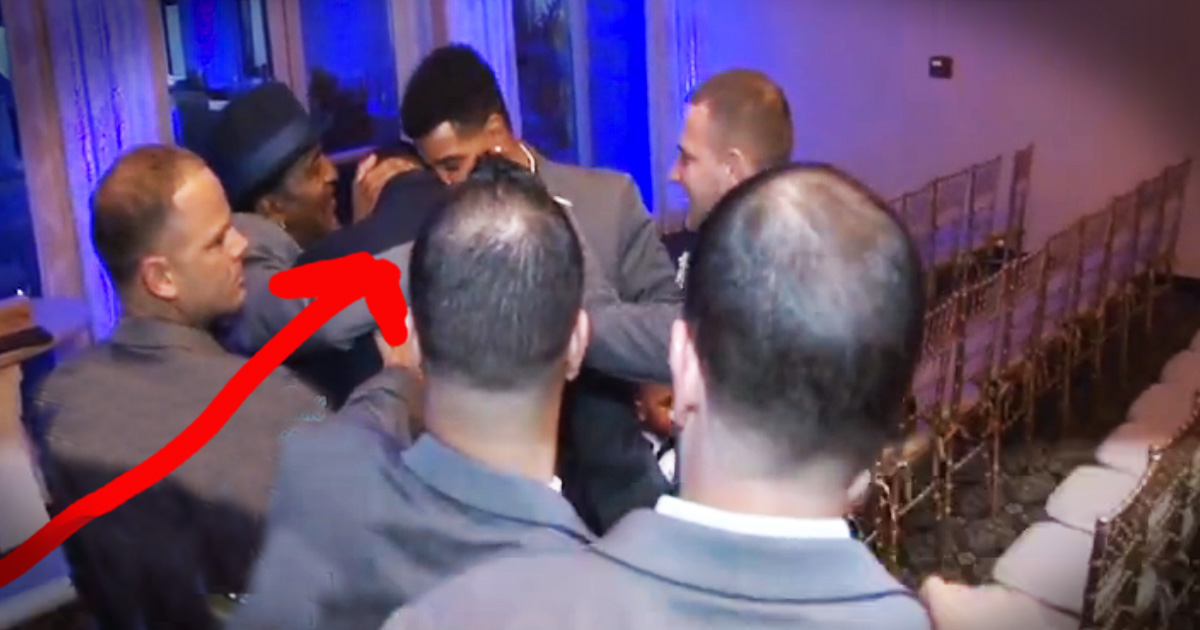