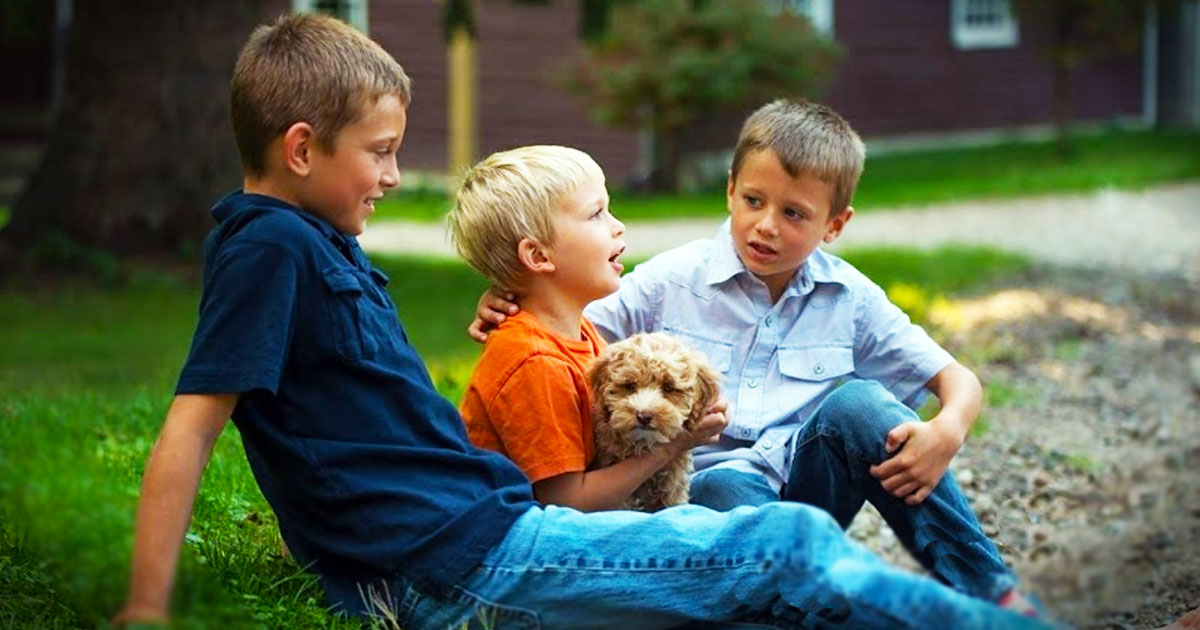 One Mom Hopes God Will Use Social Media To Provide A Miracle For Her Dying Son… And YOU Can Help!
Read Article »

Sarah was confused when her young son Andrewâ€™s football coach asked if Andrew could spend the night at his house the night before a rally important game. Slightly confused but overwhelmed by how excited Andrew was, she agreed. So she dropped him off at the coaches house and promised to meet him at the game.

Sarah is currently in a harsh battle with stage 4 breast cancer and has lost all of her hair. As she approached the field she noticed that EVERYTHING was decked out in pink. The second she entered the stadium she was ushered to the center of the field where she stood frozen.

One by one the boys on her sonâ€™s team walked up to her to hand her a rose and removed their helmets to show that every last one of them had saved their heads. Even her son was hairless, which made the night before instantly make sense. 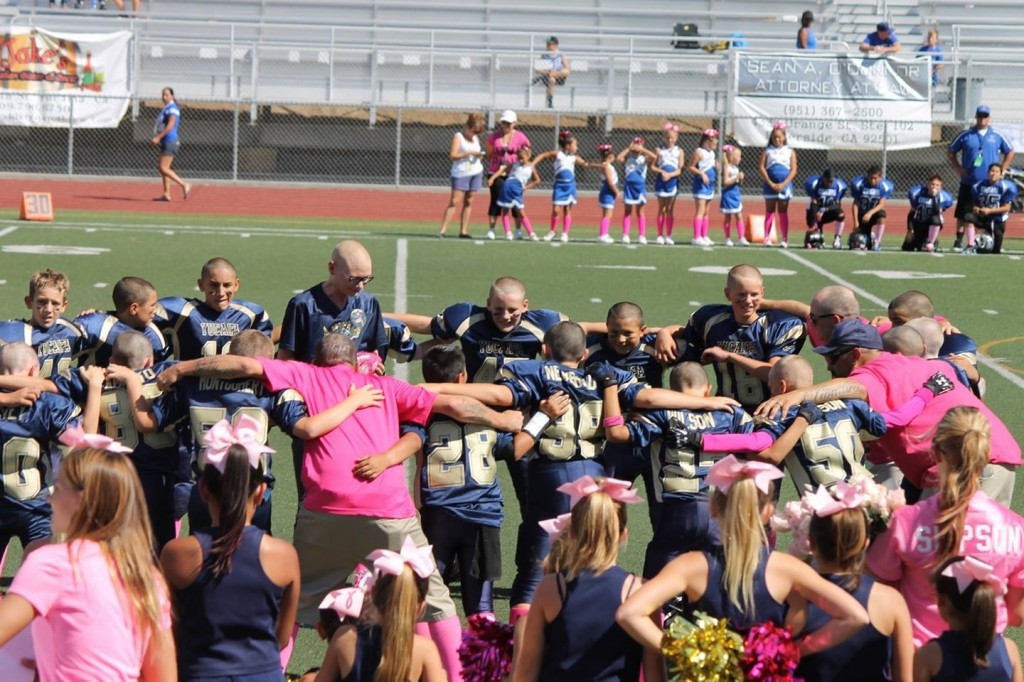 One of the boys on the team had been known for his long blonde hair that he had been growing out for six years. And there he stood bald a cue-ball and grinning from ear to ear. As Sarah stood beyond touched she realized that this support wasnâ€™t just for her but it was for Andrew too, who needs the love just as much as him mom. 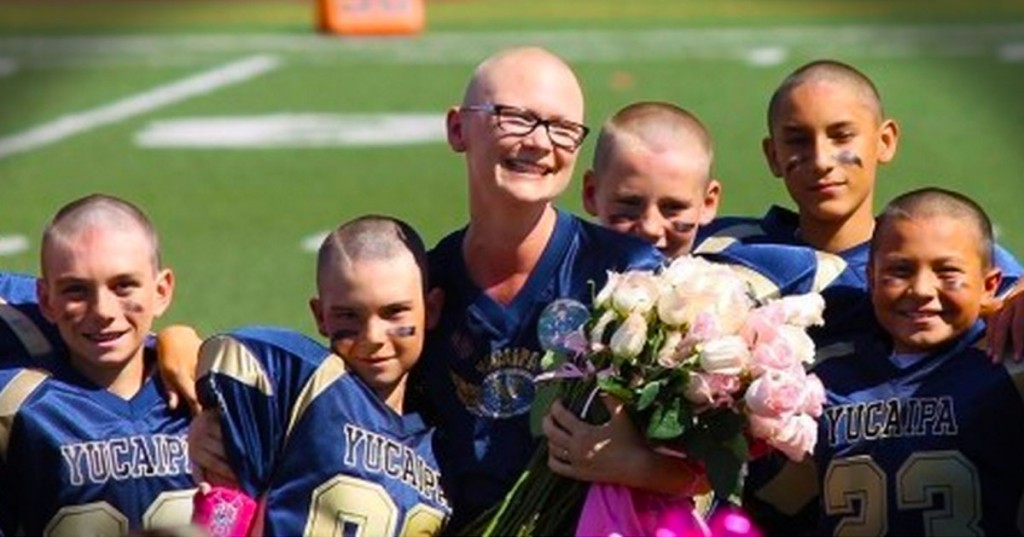 What these boys did is beyond touching. They gave something so simple up to show their teammate and his mom that they donâ€™t have to do this alone. This is what it means to be in the family of Christ. Showing selfless love, especially when someone needs it most! 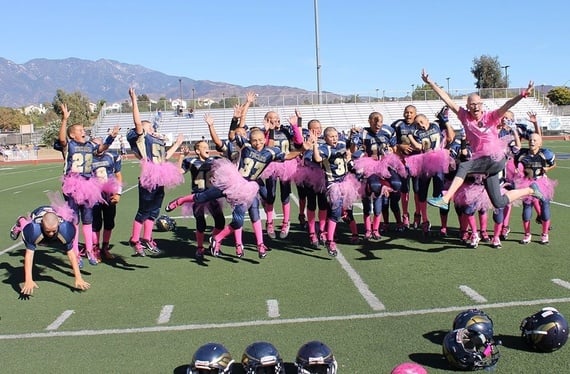 Oh and the best part is, the boys won their game making them division champs. THIS is a game for the books!

Watch the inspirational video of this story:

Based on a blog by Sarah Amento h/t: Huffington Post