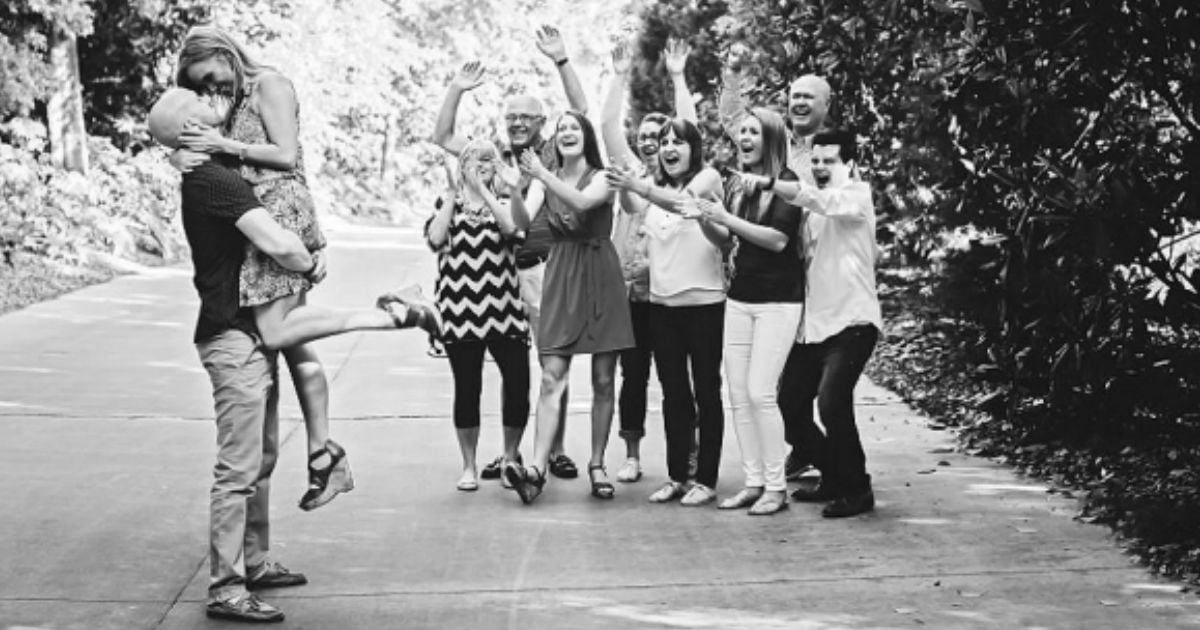 She Thought They Were Having Family Portraits Taken. ‘Til He Got Down On One Knee And Did THIS­­ Whoa!
Read Article »

Let me introduce to a 23 year-old hero. His name is Tommy Connolly and he is not your typical college student. When you hear what he did, you’ll see what I mean.

Tommy’s heart is one full of God’s kind of love and compassion. He was faced with a very difficult decision and Tommy put the needs of others above his own, changing two lives forever.

Tommy is an athlete at the University of the Sunshine Coast and was pursuing his studies when he heard from a cousin he hadn’t seen in years.

His 17-year-old cousin was homeless. Alone. And pregnant. The baby’s father was in jail and this young girl had nowhere else to go.

Tommy’s only thought was that he could help give them both a future and hope for a “better life.”

Once he reconnected with her, he learned her situation was worse than he had ever heard. His cousin was almost completely illiterate as well.

Tommy took this mother-to-be ‘in’ knowing he was her only hope.

"She could write the book on traumatic experiences. Not many people know her story. It’s very intense. Nobody deserves the life she’s had."

Between classes and his sports, Tommy took on jobs to help pay for a home the three of them could live in once the baby was born.

"I became the legal foster parent for her to make sure she'd keep the baby, stay off the streets and have a better life," Tommy said.

In mid-March, Tommy posted on his Facebook page that mother and child were healthy and doing well in the hospital. Saying, "Well... I just filmed a birth and cut the umbilical cord!"

Tommy’s older brother, Liam, also set up a GoFundMe page to help Tommy with the expenses. His older brother has said, “Tommy is doing a really good thing but he’s feeling guilty getting so much attention.” But, “Tommy’s always been the generous one.”

Throughout this ordeal, the cousin is feeling incredibly grateful, as well. She stated on Facebook that she “is the luckiest girl in the world!”

And that, “Since carrying this gorgeous boy, all of my friends kept telling me that he would be taken away from me," she said. "This made my pregnancy very difficult. All I wanted was to give this little man a better life than I had – a second chance was all I wanted. Thank-you, Tommy for everything, and for helping me with my spelling."

Please remember this family in your prayers tonight. That God would protect them and provide for them as they care for, support and love each other as God created us to do. Amen.