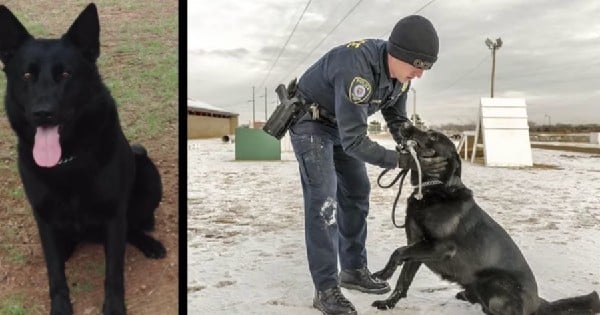 When You See What Officers Did For This Fallen Hero You’ll Be Stunned. Get Your Tissues Ready!
Read Article »

Hero dad dies trying to push car after it breaks down with family inside.

When the family vehicle broke down, James Clarke’s first thought was to get that car to safety quickly to keep his family and other motorists safe.

Unfortunately, tragedy would strike and claim Jamesâ€™ life that night. But not before he would complete his final act of kindness for others!

James probably wouldn’t have had it any other way. He was just that kind of guy.

His wife and one of his daughters were in the car with James when it broke down on the inside lane late that fateful night.

“We had broken down on the inside lane and I was behind the wheel. James pushed me to where it was safe well-lit area so it would not cause a pile-up,” Mandy said.

“It was typical of my husband, he would never put anybody in danger because it would have been a fatal crash with how busy that stretch of road is,” she added.

But as James tried to push the family’s car to safety, he was struck by a passing vehicle. He was taken to hospital, but they were unable to save him.

The collision happened quickly, but for his wife, Mandy, it must’ve felt like it was in slow-motion.

“He was selfless and he did everything a dad should do, and he knew that.”

James’ mother, Lyn Clarke, added, “When I heard what he did it did not surprise me. He would give his life in a blink. James was very family-orientated and there was not a selfish bone in his body and this proves that.”

“Everybody feels the same way and that is how I brought him up.”

James, a plumber by trade, was a devoted dad to his daughters, Beth, 16, and Georgia, 12. Only days earlier the family had returned from the vacation of a lifetime in Mexico.

His mother said, “James was completely dedicated to all of the family and would do everything he could for the girls.”

“He would always help people and gave away freebies, especially to older people. He did jobs for people and would never said no.” she added.

“If James loved you, then you knew it. Although he was known for his great personality, he was also there for people when his friends had a crisis,” said his widow. “He would knock on their door and support them. His ways had a big influence on the family.”

The memories of that family vacation are giving the family some comfort after the tragedy. The family went on many vacations together but this was really special. The couple had honeymooned here years ago, and they were excited to be able to share this special place with their girls.

“Apart from the honeymoon, it was the best time of our life.” Mandy said, of their family vacation.

“We have a very close family and we will stick together.”

“It has left me devastated. There are no other words to describe it.”

God bless this hero! Share this story if it has inspired you, inviting others to pray for this hero’s family! May those prayers of healing touch this family’s hearts and bring them peace.