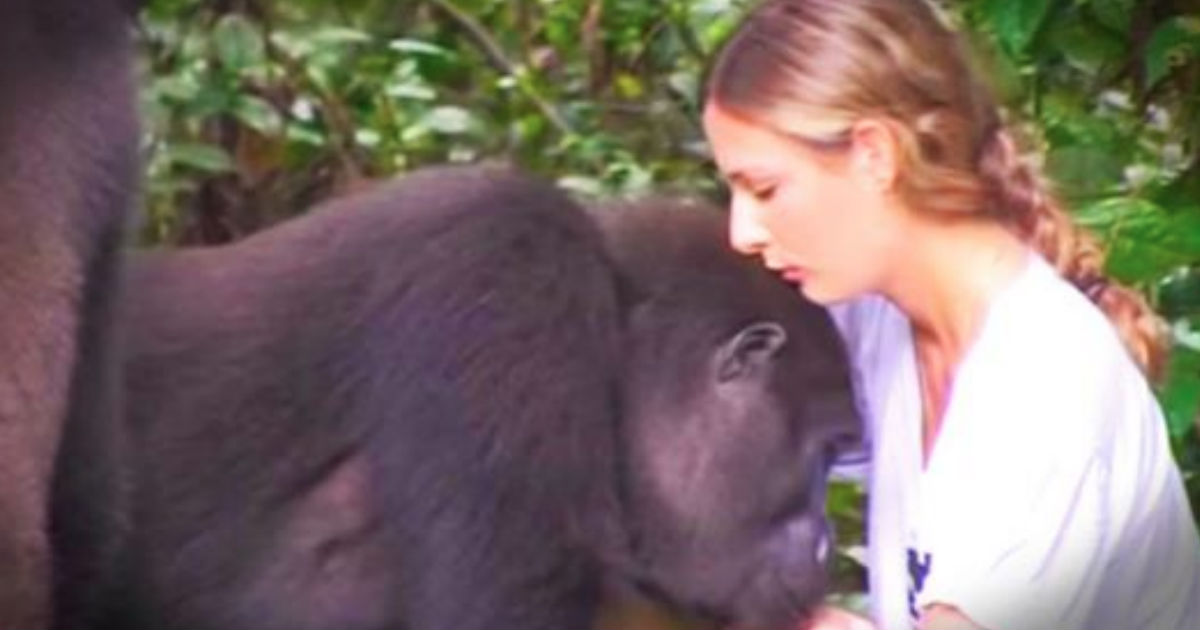 Heroes come in all shapes and sizes. Some run to help the needy while others paddle. Yup, paddle. This man, who is also a surfer, saw a need and kicked into gear. Due to storms and flood waters rising, he saw animals were in trouble and got out his surf board. {Of course he did!} Read on – his rescue efforts are fascinating! 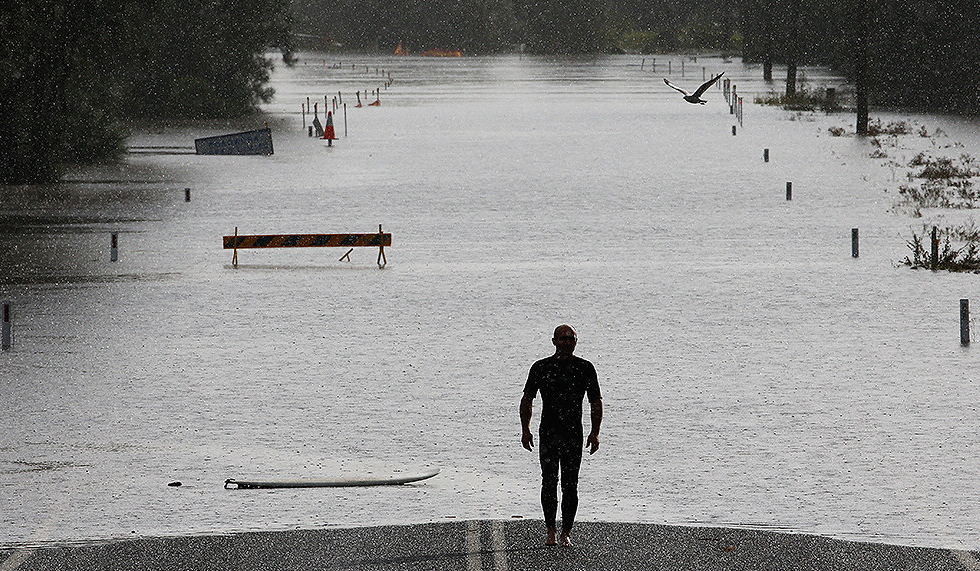 There’s a new hero in Australia and his name is Steve Spowart.

As New South Wales, Australia was getting pounded by storms and flooding, over 200,000 people were left without power and three lives (reported so far) have been lost in the storm. 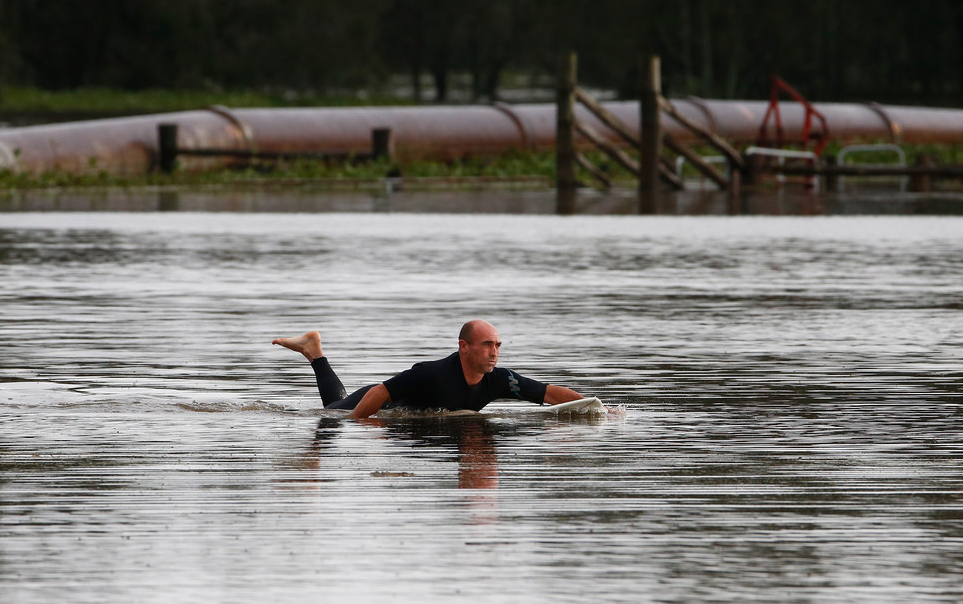 In all the chaos, Steve spotted a way he could help. He put on his wet suit and grabbed his surf board and went to work. Recognizing several horses were trapped behind barbed wire and were becoming very nervous about the rising waters, Steve and others knew they had to help. 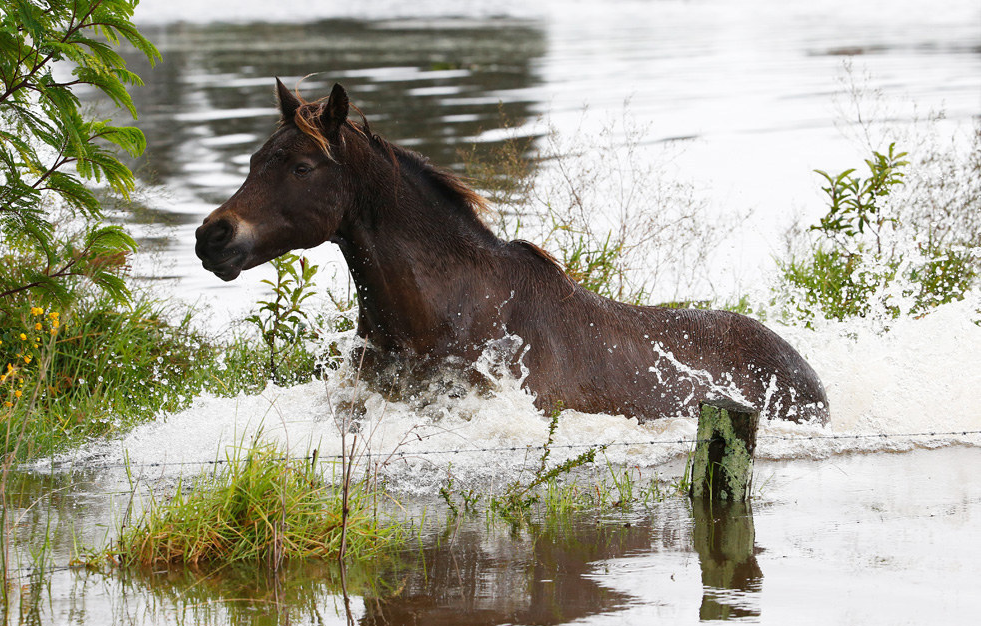 Having been around horses, Steve felt confident that if he could get hold of just one horse and lead him (or her) out, the others would instinctively follow. 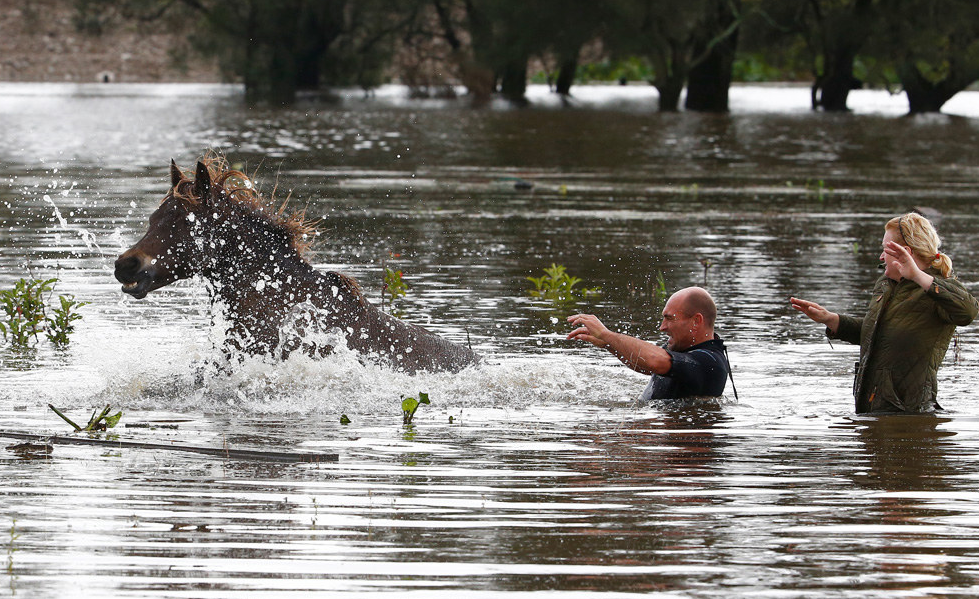 Steve was able to cut a hole through the fence giving them a way out. 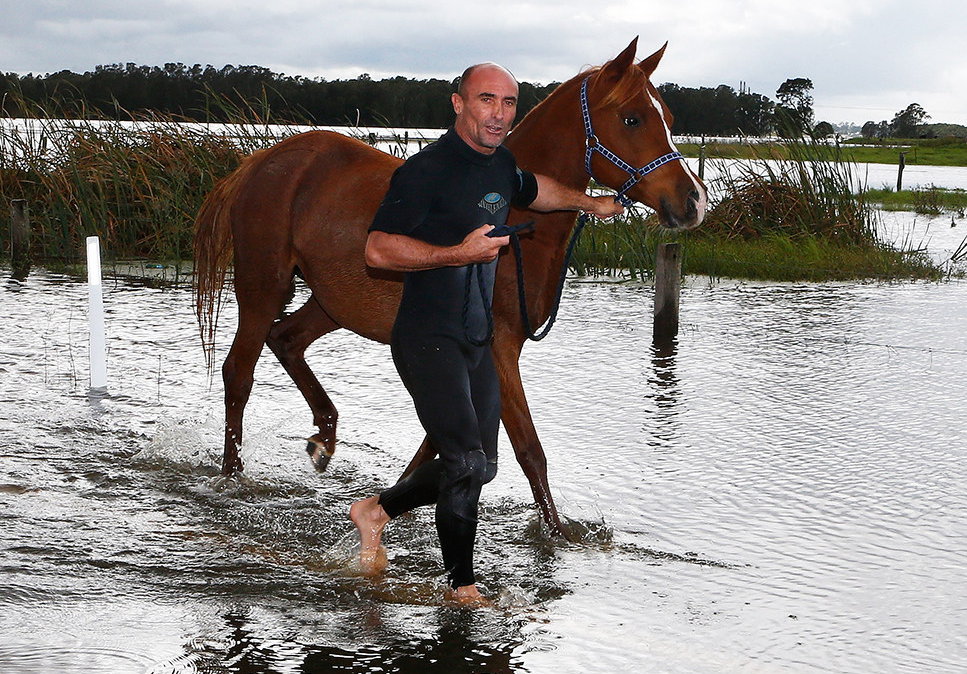 As others began to help, the work picked up pace. Their greatest concern, of course, was that if they didn’t help them the horses would certainly drown. Praise God Steve had some help! 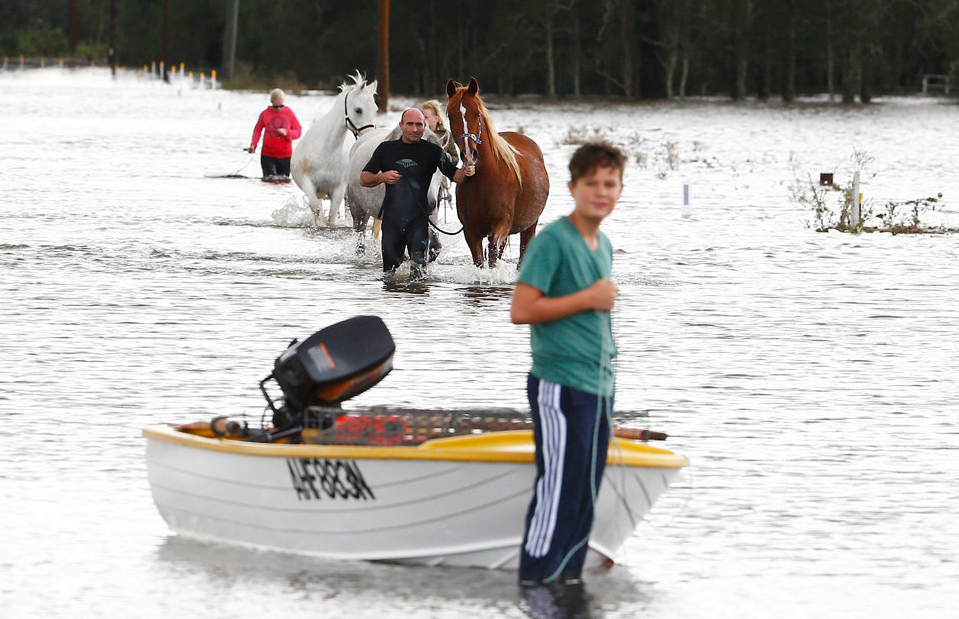 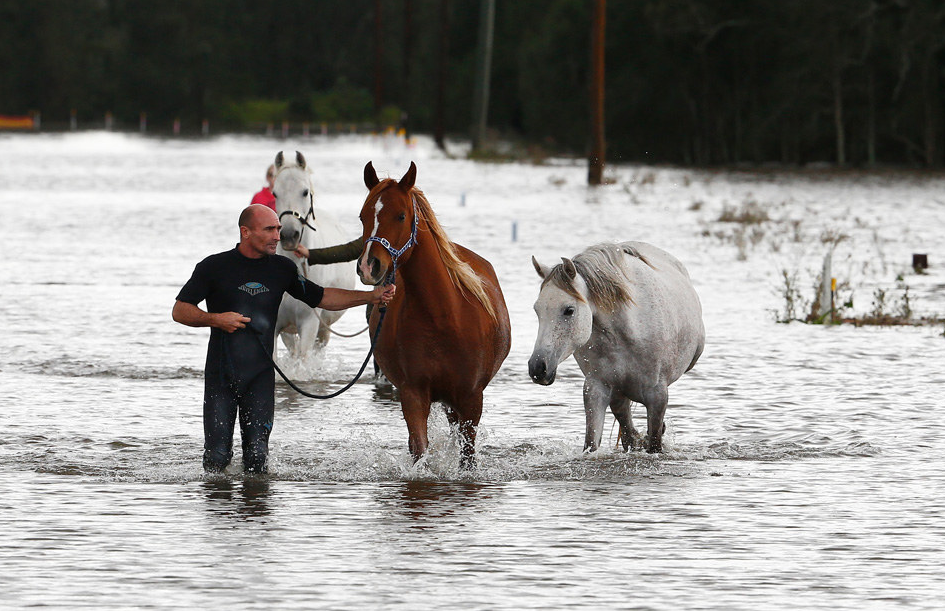 Thank you, God, for prompting Steve’s heart to make this incredible rescue. Your Holy Spirit touches our hearts and bodies in a way that forces are feet to move and for our minds to trust you will protect us all. These are such beautiful creatures of Yours and we are thankful they have been saved.