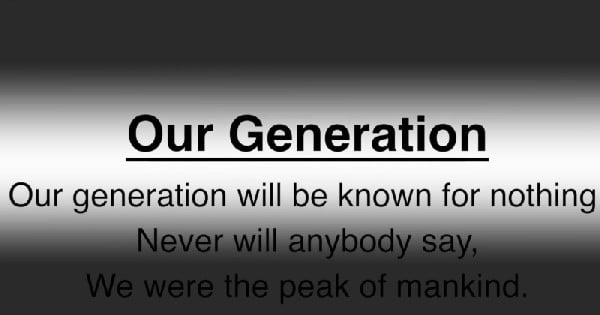 The Secret About This 14-Year-Old’s Poem Amazed Me! I Was Stunned At What It Says BACKWARDS!
Read Article »

This story is told by the sister of Carly Reynolds.

Colorado has a large population of homeless people. If you’re driving in the metro area, you will probably see a homeless man or woman on the corner of nearly every block.

My sister drives the same route home every day, getting off the 1-25 highway and exiting onto Colorado Blvd., a large street with about four lanes of traffic on each side of the median. Everyday she passes the same man, who stands on the corner of Colorado Blvd., asking for spare change or a chance at a job.

One day in particular she was pulled up next to the man, when he began doing something out of the ordinary. He began jogging down Colorado Blvd. Next thing she knew, he had thrown down his sign and started sprinting into the middle of the street.

That’s when she saw the car that was driving diagonally across the 3 lanes of traffic and headed for the median.

The homeless man, about 35-years-old, ran to the side of the car and attempted to push the car back in the right direction. He knocked on the window of the vehicle, but to no avail.

He ran across the small median into four lanes of oncoming traffic, gesturing madly for the cars to stop. Thankfully, all 20 cars or so managed to stop just in time to avoid hitting him. The out- of-control vehicle came barreling across the median and across the four lanes of traffic, where just seconds ago cars had been traveling at about 35 MPH.

The homeless man jumped back in front of the car to attempt slowing it down again. By this time, my sister and several others, were able to pull over and help the man stop the car before it ran into an office building on the other side of the road.

As it turns out, the woman driving the car had a seizure while driving and passed out in the front seat.

“Here is a man who most likely spends every day getting ignored by people who are trying not to make eye contact with him so that they don’t feel bad not giving him money. Yet he didn’t even hesitate to risk his life to save this lady and at least 20 others who would have crashed into her. He didn’t expect anything from her and he was back on his corner the next day holding up his sign like nothing had happened. I rolled down my window the next day to praise him and all he had to say was that he thought he could help, so he did.”