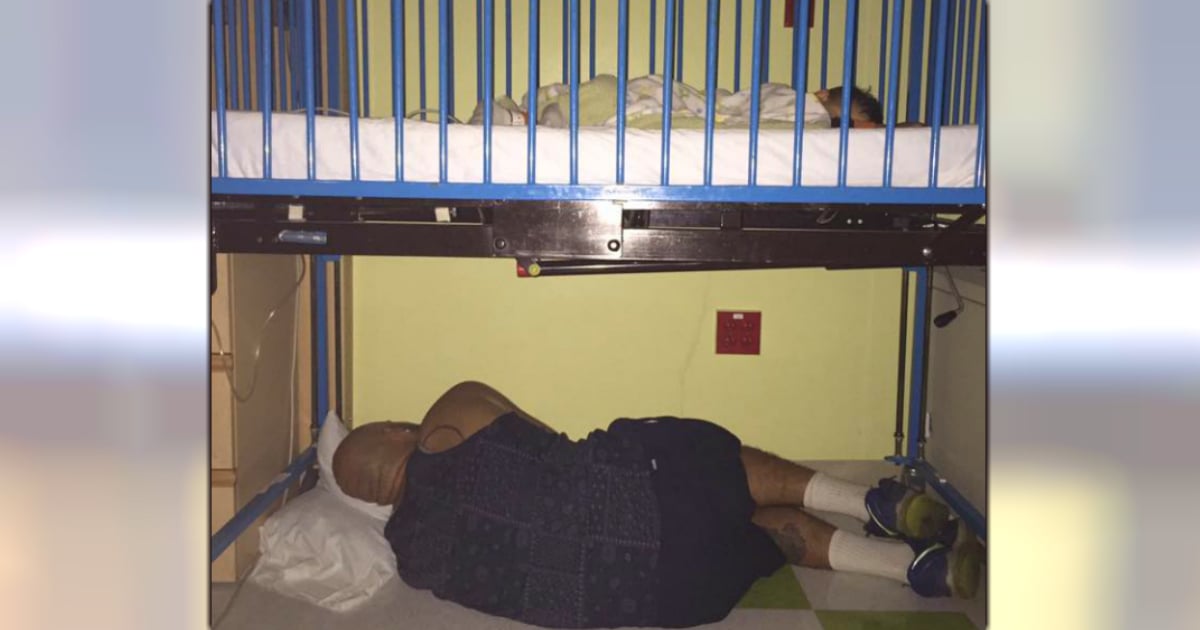 Injured Elephant Gets A New Leg

They say elephants never forget. Sadly, that means Mosha will never forgotten the terrible day she stepped on a land mine at only 7 months old. But she also will never forget the kind humans who worked so hard to replace the limb she’d lost, making her the first injured elephant ever to receive and use a prosthetic leg functionally. 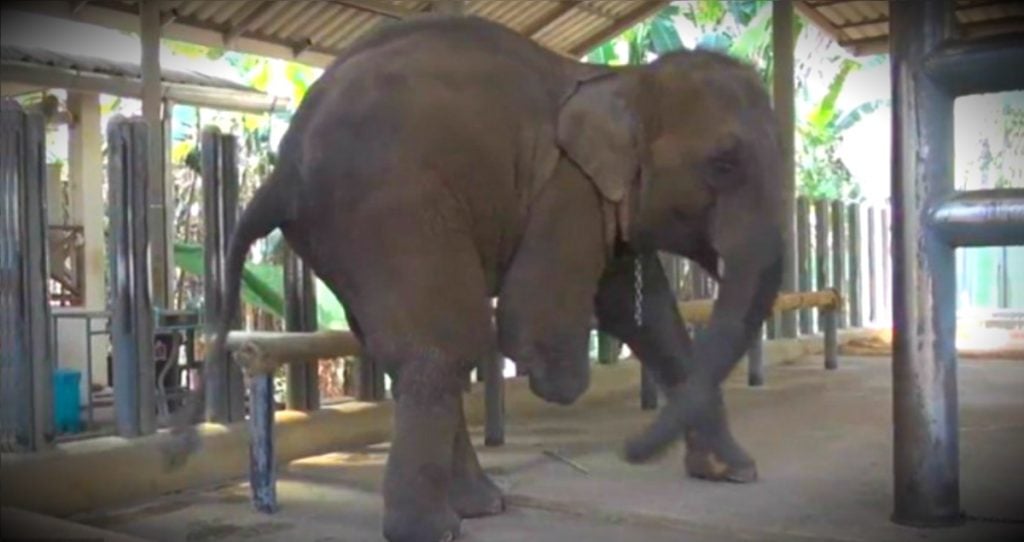 Rebel fighting has spanned decades in northern Thailand. As a result, Mosha is not the only elephant who’s been injured by a landmine. Landmines at the borders has been to blame for more than a dozen other injured elephants.

It’s miraculous that Mosha survived the explosion. But the event was more than just traumatic for the baby elephant. It was debilitating and would have eventually become deadly if not for the commitment of the doctors and staff at the Friends of the Asian Elephant foundation in Thailand, where Mosha resides.

"The way she walked was unbalanced, and her spine was going to bend,” Dr. Therdchai Jivacate explained. “That means she would have hurt her cartilages badly and eventually stopped walking. And she would have died because of that."

RELATED: A little boy loses his beloved toy elephant and the internet steps up in the most creative way! 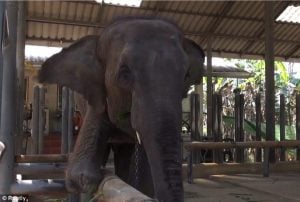 Mosha resting her stump on a rail for support Credit: Ruptly

But Dr. Jivacate and his colleagues were not going to let that happen to this beautiful animal. They worked tirelessly to find a solution.

Because of their hard work and dedication, Mosha — and now other elephants also missing limbs — are able to relieve some of the pressure the injury places on the rest of her body by way of the prosthetic leg. 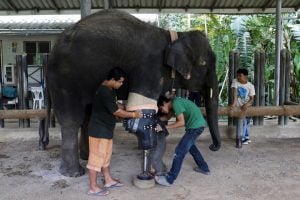 As the gentle giant grows, so must her prosthetic leg. Mosha weighed around 1,300 pounds when she lost her injury occurred. She is now over 4,400 pounds, and on her ninth prosthetic leg! 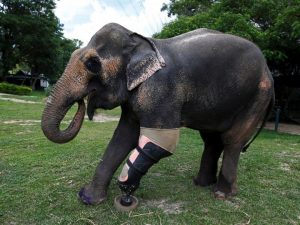 But she will undoubtedly live a longer and happier life thanks to the sweet angels who care for her!

“Know well the condition of your flocks, And pay attention to your herds.” Proverbs 27:23

Watching this baby elephant frolic with a group of birds will make your day! 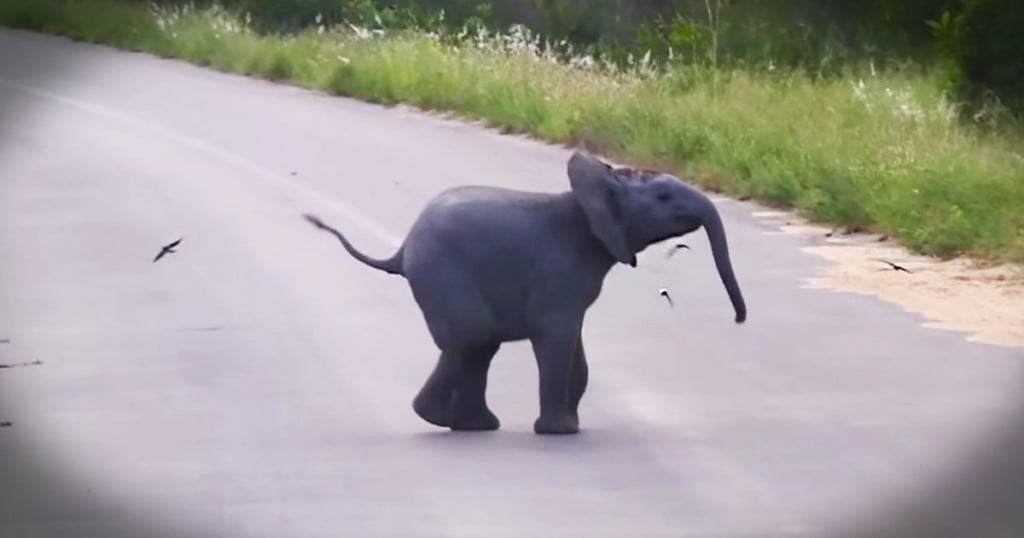