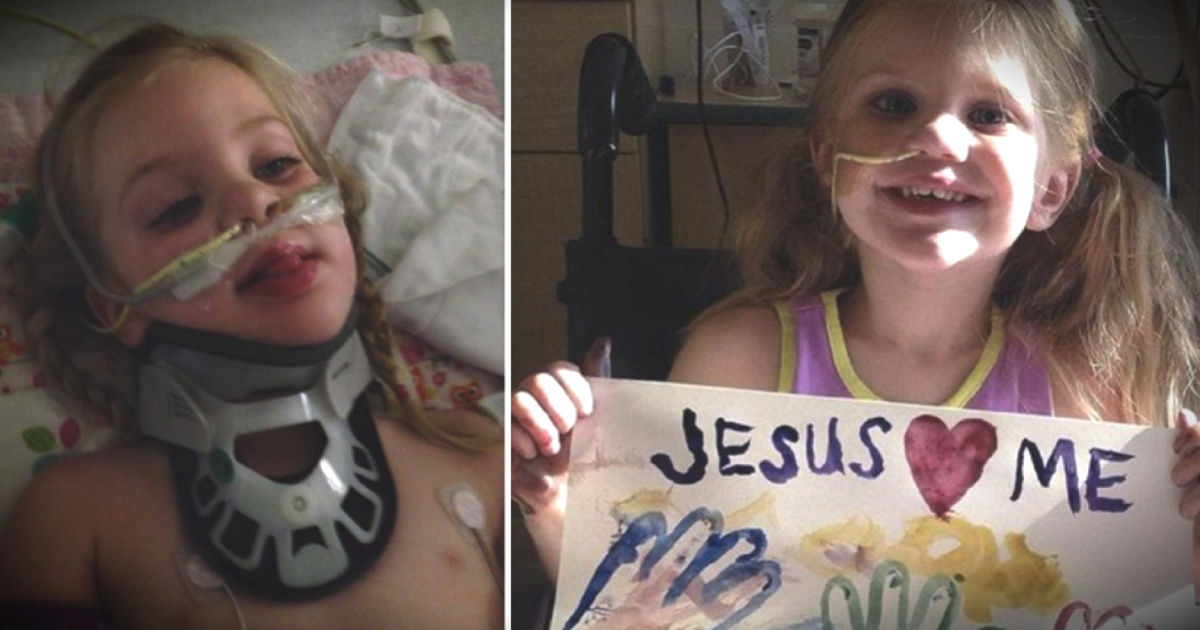 Her Heart Stopped For 12 Minutes, But Then God Sent A Miracle
Read Article »

Take a good look at the harrowing before and after picture below.

Your first thought is probably something along the lines of, "No way someone came out of that crash alive." But remember, our God is a powerful God!

The horrifically mangled remains of this car belong to a 20-year-old man named Carlos. The road conditions were poor due to still being wet from rain. As Carlos went around a curve, the car lost traction. In a kneejerk reaction, the man overcorrected and lost control of the vehicle. The car skidded sideways, hit a curb and pounded into a tree, where it was literally split in two. Thankfully, there were no other vehicles involved in the accident.

Carlos, who was wearing his seatbelt, was the recipient of divine intervention that evening. He not only survived, but suffered no life threatening injuries. A true miracle when you look at the severity of this accident.

Within only a few hours of these photos being posted on Facebook, hundreds had commented — many of whom agreed that God was behind Carlos' safety. 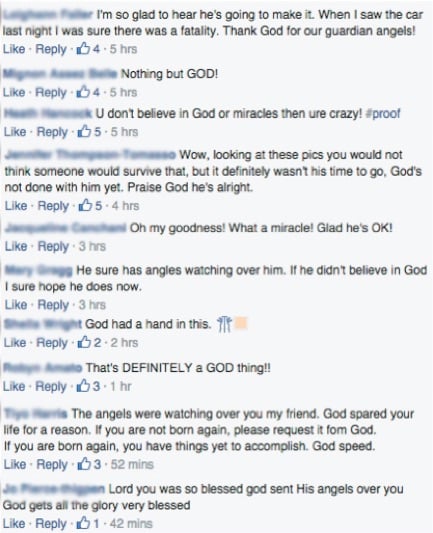 We don't know much about this incredibly blessed man, but a reply on Facebook from someone claiming to work with him described Carlos as "an amazing individual" and a "sweet soul who does nothing but help others." And clearly God has a plan for him.

Please continue to pray for Carlos and his family. May this miracle lead him to Christ if he has not already accepted Him, or deepen his faith if he has. And may it lead him to the purpose that God has given to his life.

For another story about God’s awesome power, click here!