When Jamacio “Jam” Kimble decided to propose to his girlfriend, Kayla, absolutely nothing was going to stop him. Not even the horrific car accident he was in on the way to pop the question. It’s a miracle that Jam even survived. But the near death experience only increased his sense of urgency. So, as soon as Kayla showed up at the hospital, Jam hit her with an emergency room proposal. And this certainly makes for a one of kind engagement story!

Jam had it all planned out.

“The original plan was that night at church we were going to have our youth and college career class get together and have roses and music and the lights off, and I would be in the middle of the room,” he recalled.

But as Jam headed out, on his way to pick up the flowers, things took a terrifying turn.

The roads were still slick from storms that had passed through the area earlier. As Jam went around a curve, he began to hydroplane. In the panic of the moment, he overcorrected. His car slid down an embankment and crashed into a utility pole, snapping the pole in half.

The pole miraculously missed Jam entirely, and he survived the terrible crash with no serious injuries.

“It was nothing but God that saved me,” he said.

RELATED: Young couple is spared from a horrible crash and it was all God

Time For An Emergency Room Proposal

Kayla had no idea that Jam had been planning to propose. And no one would have blamed Jam he’d opted to wait for another time.

But the brush with death left him more determined to ask for her hand than ever!

Kayla got the call that Jam had been in an accident and rushed to the hospital. And when she got there, her terror turned into tears of relief when she saw Jam was ok.

But as he gingerly got down on one knee (with help from friends, nurses and Kayla), even more tears flowed. But this time, they were tears of joy!

“Then I caught on to what was going on,” Kayla recalls, “and I just was in awe. How blessed am I to sit here and let him speak these words?”

Needless to say, Kayla said “yes!” The two plan to tie the knot after they finish college.

well this night didn’t go as expected but it’s one heck of a proposal story 😫😻💍 pic.twitter.com/URMJS28svU

Nurses help grant a dying man’s wish to marry the love of his life! 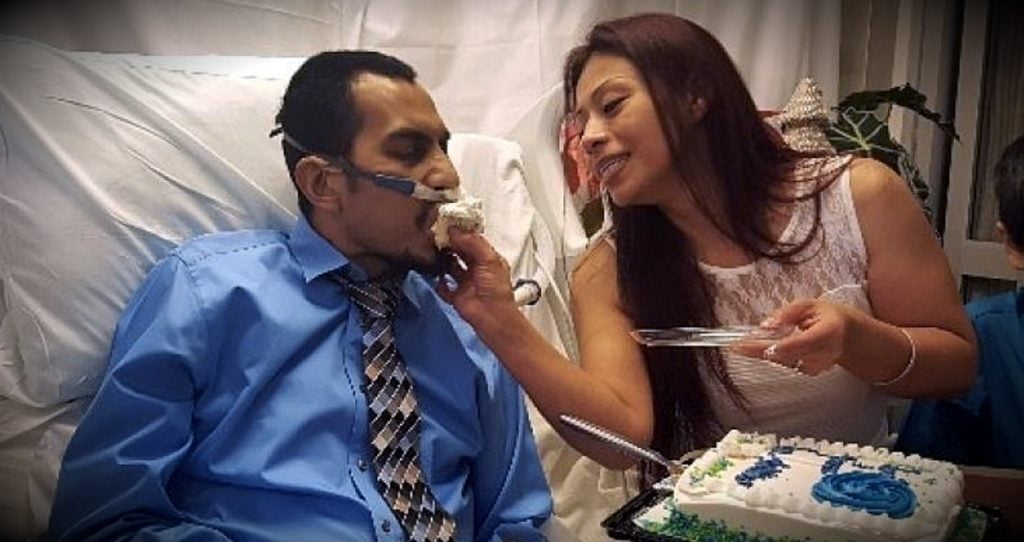