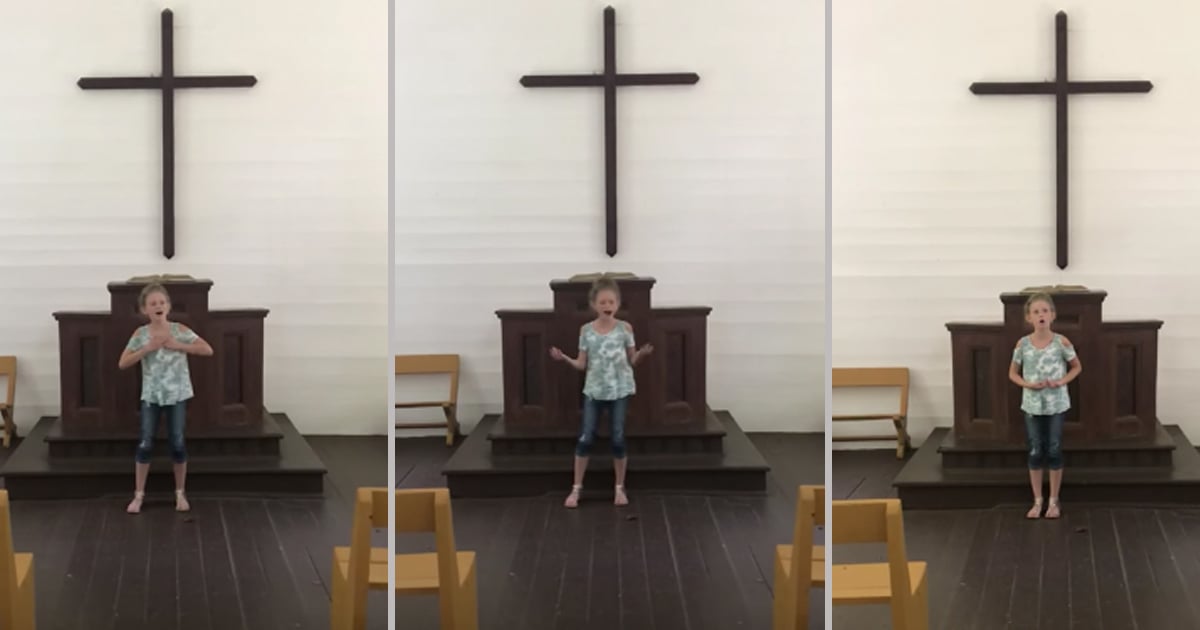 A stunning performance of ‘Mary, Did You Know’ by Carrie Underwood steals the show at the CMA Country Christmas show.

It took singer-songwriter Mark Lowry nearly 7 years to perfect the words to ‘Mary, Did You Know'.

RELATED: Father-Daughter Duo Adrian and Emma-Jean Take on ‘Mary Did You Know?' and It's Fantastic

The idea for the song came to Mark when he was writing a Christmas program for Jerry Falwell in 1984. He began pondering what he would ask Mary if she was sitting right in front of him. He put together the questions that eventually became the lyrics.

In 1991, once the lyrics were complete, Mark asked his friend, and fellow musician, Buddy Greene to write the music to accompany his words. It only took 30 minutes for Buddy to compose the iconic music for ‘Mary, Did You Know'

‘Mary did you know that your baby boy will give sight to a blind man?

Mary did you know that your baby boy will calm a storm with his hand?

Did you know that your baby boy has walked where angels trod?

When you kiss your little baby, you kiss the face of God'

Performance Of ‘Mary, Did You Know’ By Carrie Underwood

Carrie Underwood became a household name after winning the fourth season of American Idol back in 2005.

She won over the hearts of America with covers of songs such as Bonnie Raitt’s ‘I Can’t Make You Love Me’ and ‘Bless The Broken Road’ from Rascal Flatts.

After her win, she quickly climbed the country charts and made a solid name for herself in the country music world. It's been nearly 15 years since that momentous audition and Carrie is still touching hearts all around the world.

In 2020, Carrie released her first full-length Christmas album, My Gift. And today, the performance of the iconic Christmas song ‘Mary, Did You Know' by Carrie Underwood is absolutely incredible.

Just listen as she belts out these words of awe and wonder for our King.

‘Mary did you know that your baby boy is Lord of all creation?

Mary did you know that your baby boy would one day rule the nations?

YOU MAY ALSO LIKE: ‘Mary Did You Know?' Gets New Life With Mother-In-Law's Unique Take On Song's Question

Luke 1:35 "The angel answered, “”The Holy Spirit will come on you, and the power of the Most High will overshadow you. So the holy one to be born will be called the Son of God."

WATCH: ‘Mary, Did You Know?’ By Carrie Underwood