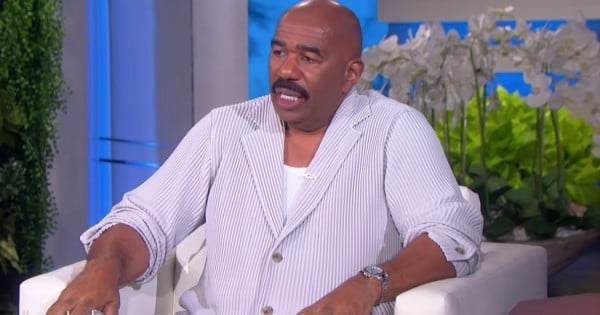 Pierce Brosnan’s wife now is just as beautiful to him as the day they met. So while some are petty enough to criticize her weight, he’s busy loving her for who she is inside and out!

Christian celebrity Pierce Brosnan lost his first wife and the mother to three of his children, Cassandra Harris, in 1991 to ovarian cancer. It was a dark and difficult time in which Pierce relied on his faith to get him through.

But several years later, God brought a new love into Pierce’s life — one to stand the test of time!

Keely Shaye Smith and Pierce Brosnan met quite by accident in 1994. A TV correspondent at the time, Keely’s employer sent her to Cabo San Lucas to interview Ted Danson. But instead, she ran into Pierce.

"He was captivating," Keely recalled. "Tall, dark, and handsome — everything that everybody would immediately be attracted to. He had this mischievous sparkle in his eyes. I thought, ‘Wow! Wow!’"

A few days later, the two went on their first date where Keely says they "sat down under the stars and he held my hand. There were fireworks going off over our heads, and Kenny Loggins was singing. We talked until 3 in the morning."

Keely Shaye Smith and Pierce Brosnan began dating and Pierce was just as smitten with his wife then as he is now.

"Wherever I went in the world I missed her, and I'd send her tickets to come so we could be together. We just seemed to fit," he said.

The couple had two children together and tied the knot in Ireland in 2001. And seeing their dad so happy pleased Pierce Brosnan’s children from his previous marriage.

"Just seeing the ultimate love that these two people have for each other was unbelievable," Pierce’s late daughter Charlotte said. "My dad found it again, and that makes me happy."

As a former model and TV personality, Keely Shaye Smith has had to face criticism over her weight. Pierce Brosnan’s wife, now in her late 50s, has been the brunt of some rather mean-spirited comments when comparing her appearance from decades ago.

However, Pierce knows his wife’s worth and beauty have nothing to do with age or a number on the scale.

"I love her vitality, her passion. She has this strength that I wouldn't be able to live without. When Keely looks at me, I go weak," he said.

All of our bodies change as we grow older. But love is so much more than just the physical. And Pierce Brosnan knows his wife, Keely Shaye Smith, is a gift from God both then and now.

"I found a great woman in Keely Shaye," he said. "Not if I searched a million times over would I find one as good."

What a beautiful love story and powerful reminder to not judge based on the world’s standards, but rather those of the Lord!

YOU MAY ALSO LIKE: Henry Winkler Spills The Beans On The Secret To 40 Years Of Marriage

“Who can find a worthy woman? For her price is far above rubies.” Proverbs 31:10

LISTEN: Andy Griffith's Wife First Captured His Heart with Song | Mom Cradles 18-Year-Old Son As He Take His Last Breath After He Stepped In To Protect Family