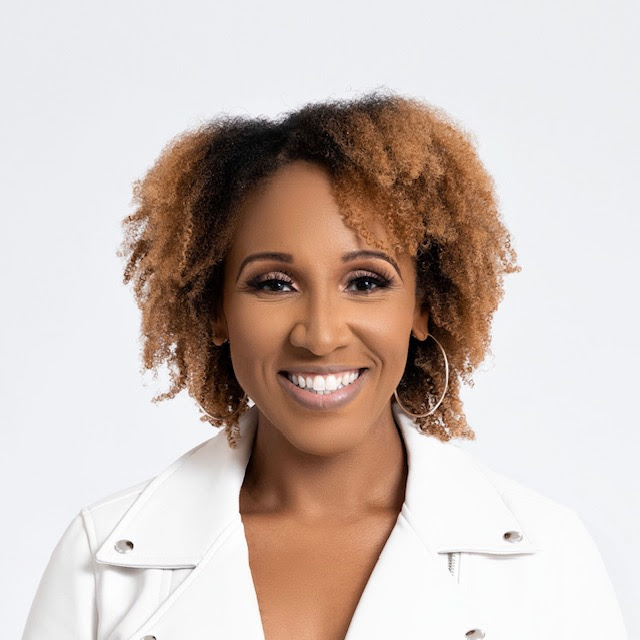 Reject the Lie That You Aren't Good Enough
NONA JONES

"As long as the son of Jesse lives on this earth, neither you nor your kingdom will be established. Now send someone to bring him to me, for he must die!" 1 Samuel 20:31 (NIV)

We've all been there - feeling like we're not good enough because no matter how hard we try, someone else is doing better and achieving more.

Behind the forced smile, we secretly feel like their success is our failure because we believe we don't measure up in comparison.

You know the feeling. At work, your boss told everyone, "Amanda broke the sales record again!" Your stomach turned because yet again you wondered, Why can't I ever beat Amanda?

Or maybe you were scrolling through social media when you saw Jennifer away on another exotic vacation with Stanley. You looked at your husband and thought, Why am I not worth a nice trip somewhere?

Or maybe you were so excited about the launch of your new podcast ... until your college roommate hit 100,000 subscribers on hers. As you closed your laptop, you thought to yourself, What’s the point? I’ll never have that many subscribers.

The Bible story of King Saul's jealousy toward David hinges on this same line of thinking.

Saul was the reigning king of Israel - appointed by God after the Israelites demanded that God give them a king. However, Saul felt less-than in comparison to David because people approved of David more than him. The people sang in 1 Samuel 18:7, "Saul has slain his thousands, and David his tens of thousands" (NIV), a song that set Saul on a murderous rampage against David.

But there is a third person in this story - Jonathan, Saul's son and supposed heir to the throne. He was also David's best friend. As a matter of fact, just three verses before Saul's jealousy was triggered against David, Jonathan gave David his robe and weapons in a display of love and friendship. (1 Samuel 18:4)

Saul believed it was because of David's popularity that his kingship and Jonathan's future kingship were less secure. This is why, in response to Jonathan's encouragement not to harm David, Saul angrily turned to his son and said, "As long as the son of Jesse [David] lives on this earth, neither you nor your kingdom will be established. Now send someone to bring him to me, for he must die!" (1 Samuel 20:31).

Saul forgot that it was God alone who had put him on his throne, and it would be God who would remove him and set the next king (who turned out to be David) on the throne.

But Jonathan didn't secure his identity in being king; he secured his identity in who God said he was and in God's power to win battles on His people's behalf. Jonathan wasn't threatened by David because he believed that "nothing can hinder the LORD from saving, whether by many or by few" (1 Samuel 14:6c, NIV). Ultimately, he trusted God to exalt and humble whom He wished, whether that included God granting him kingship or not.

When you start to spiral into thoughts like Why wasn't I invited? or Why her instead of me? or Why can't I ever be good enough? ask yourself a more important question: Why does it matter?

But what if we learn to reframe the things that trigger our insecurity so instead of making us feel unworthy, they draw us closer to God?

Lord, help me to see myself the way You see me and to secure my identity to who You say I am. Grant me the grace to celebrate others' success and the humility to be inspired by how You bless others' lives. In Jesus' Name, Amen.

For a practical guide to breaking free from toxic comparison and insecurity, grab a copy of Nona Jones' book Killing Comparison.

You can also go deeper by completing her Killing Comparison study plan on the YouVersion Bible App.

Enter to WIN your very own copy of Killing Comparison by Nona Jones. To celebrate this book, Nona's publisher will give away 5 copies! Enter to win by leaving a comment here. {We'll randomly select 5 winners and then notify each one in the comments section by Tuesday, January 17, 2023.}

Psalm 51:10-12, "Create in me a pure heart, O God, and renew a steadfast spirit within me. Do not cast me from your presence or take your Holy Spirit from me. Restore to me the joy of your salvation and grant me a willing spirit, to sustain me." (NIV)

What are some other strategies you can implement to help you live free from toxic comparison day to day?