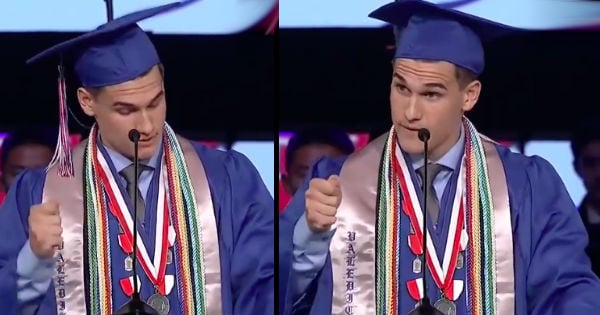 I absolutely love the song "Blessings" by Laura Story, because it invites listeners to the concept of blessings in disguise. It’s a reminder that blessings from God may not always look beautiful in the moment.

Maybe a friendship ending or a job opportunity falling through may appear like a bad event at the time. Perhaps God can use these difficult circumstances to redirect us to something far greater than we could ever hope or dream (Ephesians 3:20).

RELATED: 33 Quotes About Trusting God In The Bible

Several people in the Bible also experienced these blessings in "disguise." They may have seen their current circumstance as a trial or anything but something good. But God can use the difficult moments for His glory.

Let's dive into these stories from the Bible.

The prophet Daniel and his friends seemed to be afflicted by every ill imaginable. They lose their families and great city when the Babylonians invade Judah, the Southern kingdom of Israel. And they are forced into a three-year education in Babylon, where they must learn the language, customs, and royal household duties.

In essence, the Babylonians wanted to erase their Israelite identity and assimilate them to Babylonian culture (Daniel 1).

Although Daniel and his friends might have viewed this as a trying circumstance, they continued to work diligently in their schooling and proved themselves far wiser than anyone else in the King's service in Babylon (Daniel 1:20).

The King takes such a liking to Daniel and his friends that he gives them high positions in the government. They have the ability to help the king make decisions that can benefit God's people.

What may have been seen as a troubling circumstance allowed for Daniel and his friends to exemplify godly living in a godless land, and to inspire not only Kings such as Darius and Nebuchadnezzar, but future readers of the book of Daniel.

None of this would have happened if the Babylonians hadn't invaded the Southern Kingdom of Judah. Because of this circumstance, Daniel had the ability to shape his generation and many generations to come.

Joseph can't seem to catch a break in Genesis.

First, his brothers sell him into slavery when he recalls some of his dreams that make it appear as if he will rule over them (Genesis 37:18-36). Then, even after he climbs the ranks working for a man named Potiphar, Potiphar's wife falsely accuses him of trying to sleep with her. This lands Joseph in prison.

He went from being the son of a wealthy man to a prisoner in a lowly dungeon in Egypt.

Nevertheless, God uses this circumstance as a blessing in disguise. Through his good character, hard work, and diligence, Joseph makes an impression on the prison guard and the prisoners, and he eventually finds himself in front of Pharaoh.

God had gifted Joseph with the ability to interpret dreams, and Pharaoh had a disturbing dream that no one could seem to understand (Genesis 41).

After Joseph rightly interpreted the warning of several years of famine to come, Pharaoh promoted him to a high position, has the Egyptians store a bountiful harvest, and ends up saving the lives of the Egyptians as well as other nations ... including the brothers who tried to sell Joseph in the first place.

When Joseph finally reveals himself to his brothers, and after his father dies, he summarizes the blessing in disguise in Genesis 50:20. "As for you, what you intended against me for evil, God intended for good, in order to accomplish a day like this- to preserve the lives of many people."

Nothing could shake up the world of a woman in Ancient Israel than losing her husband. After all, women back then did not often work, and if they did, it was a menial job such as gathering spare bits of grain harvesters left behind (Ruth 2).

Not to mention, not only had Ruth lost her husband, but her mother in law had as well, and so had her sister in law.

With little promise of another marriage, and very little hope for the future, Ruth is told by her mother in law to return home and hope to find a husband (Ruth 1:9).

Nevertheless, Ruth stays with her embittered mother-in-law. A stranger in a strange land, she collects spare bits of wheat in the field of a man named Boaz.

At this point, although Ruth was determined to stay with her mother-in-law Naomi, she likely would've felt hopeless. How could anything good come out of this circumstance? She lost her husband and was among some of the lowest of the low, collecting scraps.

But God uses this difficult circumstance and provides a blessing by the name of Boaz.

Boaz is something known as Ruth's kinsman-redeemer. In other words, a person who can help Ruth during her time of trouble or need.

In the end, Boaz marries Ruth and Ruth gives birth to a son. And Ruth and Boaz are in the genealogy of Jesus. A woman from a pagan land with no prospects of marriage, as her husband had died and she was left to care for her stepmother, plays a significant role in the family line of the Messiah of the world.

Blessings In Disguise: Why Does This Matter?

Why does it matter that we should analyze those in the Bible who experienced trials that turned out to be blessings in the end? What does this mean for us today?

First, whenever we read about people in the Bible, we can often place ourselves in their shoes. Perhaps we are like Ruth. We have lost someone dear to us and our whole world feels as though it is falling apart.

Or maybe, like Joseph, even though we've worked diligently, we've landed in a rut. We've lost a job after years of faithful service or family members betrayed us.

Like Daniel, perhaps, we are experiencing an extremely volatile season where living out our Christian faith in the workplace does not seem like a feasible feat without repercussions.

No matter what the circumstance, God works all things for good (Romans 8:28).

A difficult trial now may turn out to be a blessing in disguise. God may have something around the corner that will have come out of a difficult season. And if not, God is still good and will make all things good in the end.

YOU MAY ALSO LIKE: Adam Wainwright Twitter Invitation To Read The Bible Daily Has 13,000 Joining The Baseball Star