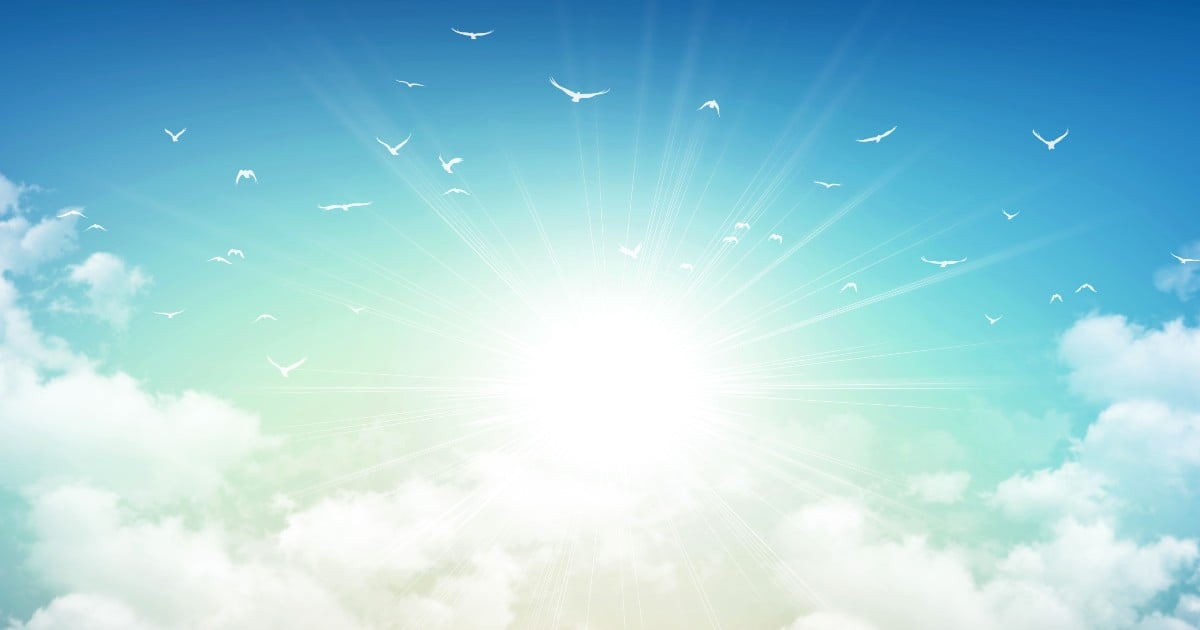 6-year-old Zola Tomic talked to Jesus while doctors worked to save her in the hospital. And the little girl’s testimony is beyond amazing!

When Zola Tomic came into her mother's room hemorrhaging blood, Brittani knew she needed to stay calm and get her daughter help.

RELATED: Girl Sent Home To Die Gets Miracle When She Wakes To See Jesus

But what happens next is unforgettable and incredible!

Zola had gone in for a routine surgery to have her tonsils removed but no one ever could have known that she has a rare genetic disorder that made this surgery almost deadly. After surgery, Zola began to bleed and hemorrhage for nearly ten days before she had lost so much blood that she had almost died.

After Zola recovered and was sent home from the hospital. This sweet little girl began to heal and even thrive. One afternoon while Brittani was helping Zola get ready for gymnastics, a strange question led to the discovery that the little girl talked to Jesus.

Zola asked her mom, "When can I go see God again?"

"It's something even to this day that I still can’t even comprehend," Brittani said. "I was getting her ready and, it wasn’t even like we were talking about anything God-related beforehand, we were just getting ready to go to gymnastics. And she just asked, ‘When can I see God again?'"

Her mom was confused and taken back by her question, so she asked Zola, "When did you see God?" Zola replied with the most stunning statement, "The night I died."

Whoa! Is anyone else getting goosebumps and praising God?

Shocked, Brittani began to ask more questions and soon learned the night that Zola had been in the hospital, she had a near-death experience. Brittani recalls that Zola never flatlined or needed to be resuscitated. But Zola had come close enough to dying that Jesus had walked hand in hand with her through the ordeal. God can come to comfort her and tell her she was safe and loved.

Little Girl Recalls How She Talked To Jesus

Over time, Zola began to talk more and more about being with Jesus. She told her mother that she remembers God giving her a big hug. Zola said everything looked like a rainbow and Jesus had thanked her for loving him and being his friend.

This moment was a turning point for Brittani's family. They believed in Jesus and they had been attending church but between Brittani's sister's death and Zola's life-threatening medical crisis-they had stopped going to church. This is when Brittani realized it was time to start letting God lead their family and it was time to start going back to church. Her daughter's near-death experience was a reminder of how God comforts, loves, and protects his children.

What an incredible way for God to remind us he is always near to his children. This little girl's story will not only strengthen her faith but also provide hope to those who question the nearness of God.

Can we all just take a moment to praise God for not only saving this sweet little girl but also for revealing himself to her in a way that will move mountains of faith who learn about her story?

YOU MAY ALSO LIKE: This 4-Year-Old Is Letting Everyone Know That Heaven Is Real

"When I saw him, I fell at his feet as though dead. But he laid his right hand on me, saying, "Fear not, I am the first and the last, and the living one. I died, and behold I am alive forevermore, and I have the keys of Death and Hades." Revelation 1:17-18